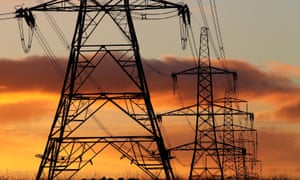 Ofgem is under pressure to prove it can fully support the UK’s 2050 climate targets. Photograph: Andrew Milligan/PA

The energy regulator has warned British energy firms it will cut investor returns in a push to keep a cap on household electricity bills.

Ofgem says electricity suppliers will make lower company returns in the next price control period, from 2023, and it will push them to invest more in building a carbon neutral energy system.

The regulator’s drive to force energy networks to deliver more while making less comes after it admitted companies had been allowed to make “unjustified” returns for their owners to the detriment of household bills.

Cathryn Scott, the acting head of networks at Ofgem, said the regulator’s “stable and predictable regulatory regime” would allow companies to attract the investment they needed to “go further in decarbonising the system whilst saving consumers money by keeping returns as low as possible”.

Scott is filling the position on an interim basis after the previous head of networks, Jonathan Brearley, was promoted to become Ofgem’s chief executive from February next year.

The regulator is under pressure to prove that it can fully support the UK’s 2050 climate targets after Britain’s biggest business group, the CBI, said the regulator was failing to prioritise the climate emergency and should be given new statutory duties by the government.

The CBI said Ofgem must place the climate crisis at its core to ensure that it did not unintentionally undermine the UK’s green agenda. The calls have been echoed by major energy companies, green groups and the Committee on Climate Change.

Ofgem says it will overhaul its regulatory approach to enable companies to meet new sources of demand on local grids, such as electric vehicles, and help energy users to manage their demand. It will also help companies to invest in anticipation of rising demand on the grid for car charging, even while this demand is uncertain.

Earlier this year Keith Anderson, the chief executive of Scottish Power, accused Ofgem of hindering the rollout of electric vehicles by refusing to allow the company to invest an extra £42m in upgrading its networks in anticipation of an electric boom.

He told the Guardian there was a “colossal disconnect” between the government’s policy of accelerating the uptake of electric vehicles and the regulator’s policy on supporting investment in charging.

Ofgem said electricity networks would be “crucial” to help the UK to meet its climate targets as the energy system increasingly relies on renewables “to generate the electricity to power the country, our vehicles and potentially heat our homes too”.

The regulator said it planned to impose “tough scrutiny” of energy firms’ plans.

Ofgem made the warning just days after Labour’s plans to take energy networks back into public control were dashed by the Conservatives’ election victory.

Earlier this week the regulator of the water industry – which was also included in Labour’s wide-ranging nationalisation agenda – handed water companies the toughest price controls since privatisation.

This Friday, tell the IDC: “No Fossil Fuels”