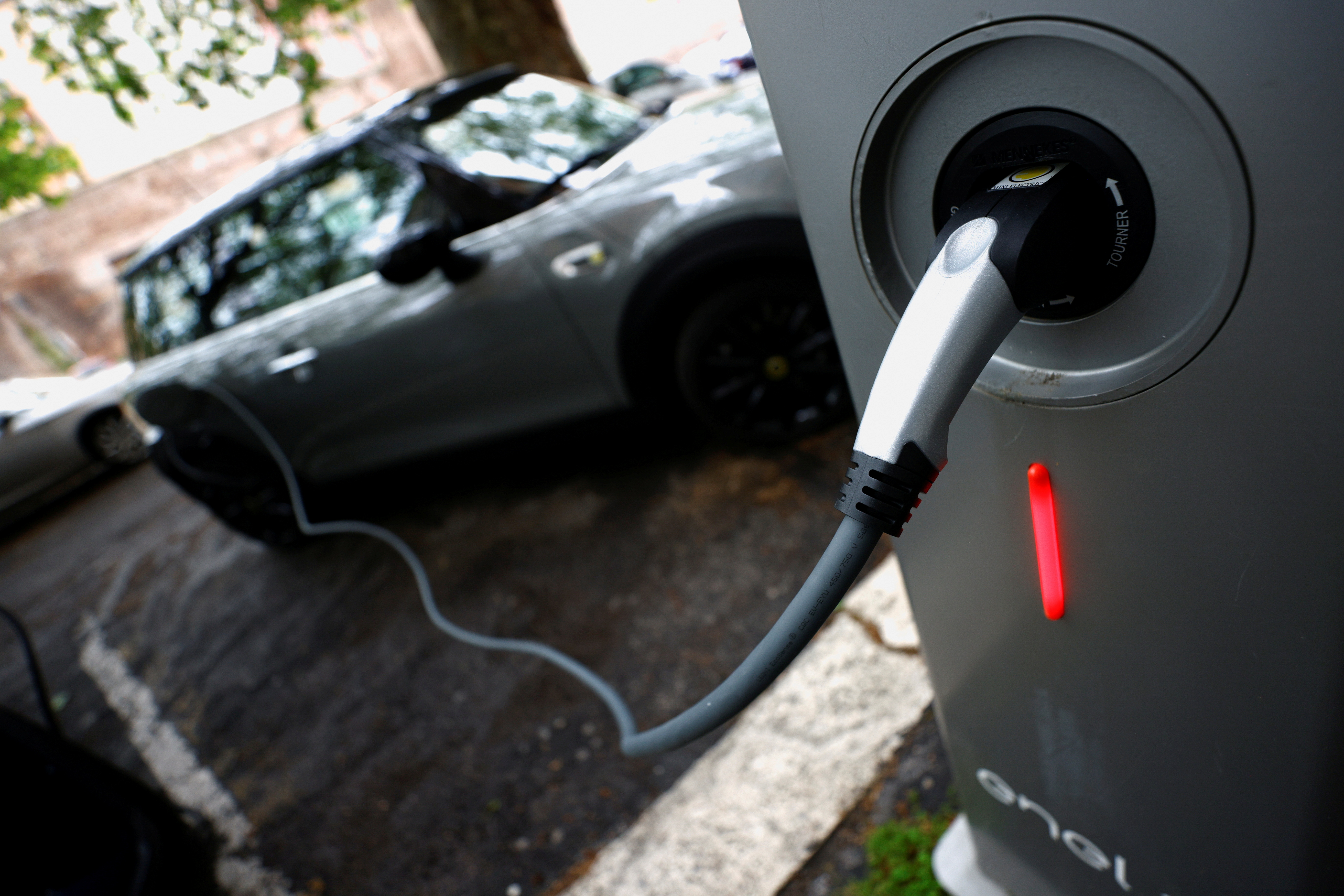 An electric car is seen plugged in at a charging point for electric vehicles in Rome, Italy, April 28, 2021. REUTERS/Guglielmo Mangiapane

Italy’s byzantine authorisation process has slowed down the rollout of new green energy schemes, jeopardising access to EU recovery funds and the achievement of climate targets.

Rome, which needs to install up to 70 gigawatts of new renewable energy capacity by 2030, is currently installing just 0.8 GW per year, in large part due to lengthy permitting times.

Cingolani said the new legislation, part of a series of structural reforms running parallel to Italy’s Recovery Plan to access the pandemic rebuilding funds from Brussels, would be ready by May 30.

“We are intervening … with very drastic measures … brutal,” he said, speaking with the foreign press in an online debate, giving an indication that the legislation could be far-reaching.

He said the government would decide on Thursday whether the decree at first would regard only energy transition or whether it would be broader.

Cingolani, who has worked in top scientific research centres focusing on robotics and artificial intelligence, also said Italy needed to be at the forefront of Europe’s drive to develop electric vehicle infrastructure.

He said it would soon be time to start looking at ways of gradually phasing out subsidies that existed for fossil fuels.

In its last energy plan presented at the end of 2019 Italy set a target of 65 GW of new green capacity over 10 years. But since then Brussels has tightened its greenhouse gas emission targets, prompting many member states to rethink their goals.

Cingolani, appointed energy transition minister in the government of Mario Draghi this February, said Italy would be ready to unveil its new energy strategy plan by the end of June.

Draghi has put climate change at the heart of his plans to run Italy to ensure a transition to green energy drives its recovery and makes full use of the EU funds.

Govt signals reduction or elimination of guarantees for REIPPPP projects