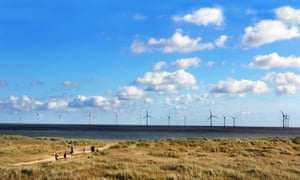 Carbon emissions from Britain’s electricity system plunged by more than a third during the coronavirus lockdown after renewable energy played its largest ever role helping to keep the lights on, according to a report.

During the spring bank holiday weekend in May, the energy grid’s carbon intensity reached a record low of 21 grams of CO2 per kilowatt-hour due to a slump in energy demand triggered by Britain’s lockdown measures and a surge in renewable energy.

The quarterly report, undertaken by Imperial College London for Drax, one of the UK’s largest power generators, found that lockdown measures caused Britain’s electricity demand to fall by 13% in the second quarter, compared with the same months last year, which helped the share of renewables to grow by a third to 40% of the energy mix.

The Covid-19 impact also caused electricity market prices to tumble by more than 40% to £23 per megawatt-hour while the carbon intensity of the electricity system fell by a fifth to an average of 153 grams of carbon per kilowatt-hour.

Although Britain’s electricity has become cheaper and greener in recent months, the energy system has become more expensive for National Grid to operate, according to the report. 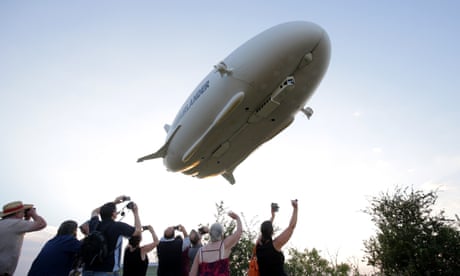 The electricity system operator has spent an average of £100m every month over the first half of the year paying companies to turn off their generation projects, or charge their batteries, when there is more electricity than the grid can use.

Dr Iain Staffell of Imperial College London, and the lead author of the report, said the past few months have “given the country a glimpse into the future for our power system, with higher levels of renewable energy and lower demand make for a difficult balancing act”.

“To help the country decarbonise further it is vital that flexible technologies which provide power and system stability play an increasing role in our grid,” he added.

The £100m cost includes a National Grid contract worth between £55m and £73m offered to the nuclear operator EDF Energy to halve the power output from the Sizewell B nuclear plant, Britain’s largest reactor.

National Grid also warned earlier this year that it would need to pay wind turbines to turn off to avoid overloading the power grid while demand for electricity is low.