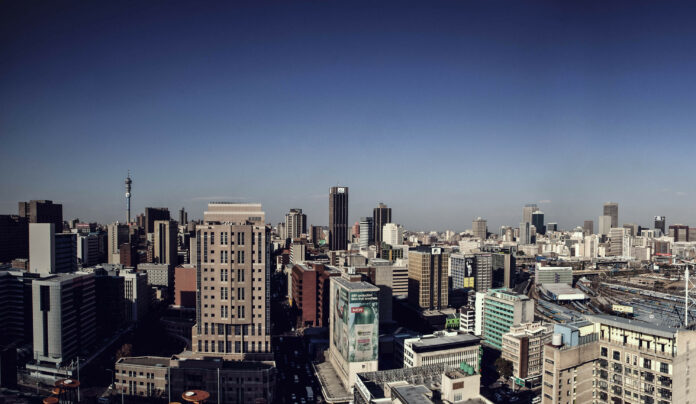 Twenty years ago, the role of South Africa’s cities in the sustainable energy transition and the scale of their energy consumption was unknown. Today, they’re at the forefront of changing the country’s energy demands and carbon emissions profiles.

Twenty years ago, the role of South Africa’s cities in the sustainable energy transition and the scale of their energy consumption was unknown. Today, they’re at the forefront of changing the country’s energy demands and carbon emissions profiles.

“We’ve been in this sphere for 20 years when cities didn’t really know how to manage and plan energy to where we are now, where cities are having energy strategies and electricity market plans,” says Yachika Reddy, a project manager at Sustainable Energy Africa, an urban energy and development organisation.

Well-resourced metros are developing greenhouse gas inventories and climate action plans, and leading shifts in the way energy is consumed, planned and managed, she says.

The organisation’s new South African Cities 2020 report features 20 of the country’s most energy-intensive cities and towns, tracking their energy use since 2007, presenting emerging trends in energy efficiency and renewable energy uptake, and examining the governance of transition.

The work spans metros, secondary cities and key industrial areas and smaller towns, which account for nearly 40% of the country’s total energy consumption, about half of the national demand for electricity and 29% of South Africa’s emissions.

But these cities rank among the most unequal cities in the world.

“Burgeoning, overcrowded informal settlements, which are prevalent in cities, and formal, low-income housing developments continue to be located on the urban margins far from economic activities,” says the report. 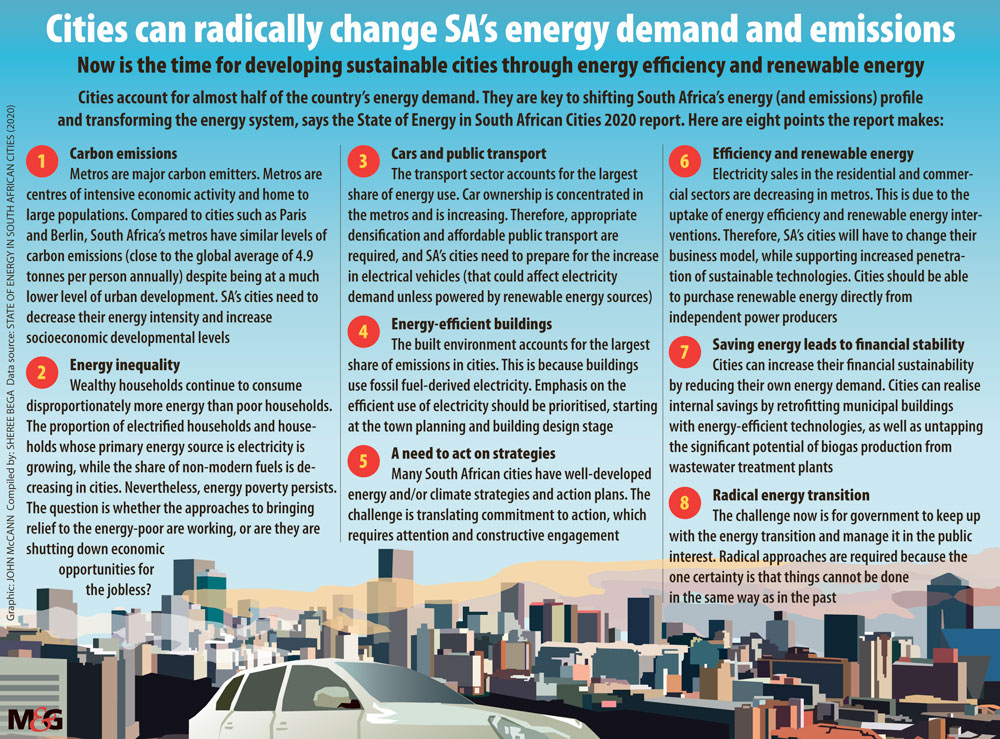 South Africa’s metros have similar levels of carbon emissions as cities such as Paris and Berlin and are close to the global average of 4.9 tonnes per capita, despite being at a much lower level of urban development.

Metros, says the report, are centres for innovation and can be frontrunners, as illustrated by the four metros that have shown a decrease in emissions intensity — Johannesburg, Tshwane, Cape Town and eThekwini — and which have indicated the ambition to reach net zero carbon by 2050.

But transport powered by fossil fuels continues to contribute to at least half of the total energy demand in cities, despite substantial effort and budget directed at the public transport sector.

This is largely because of the sprawling nature of South Africa’s cities and not having safe, efficient public transport systems. The report recommends that cities continue with transit-oriented development, improving public transport and providing non-motorised transit infrastructure.

The built environment contributes a disproportionate share of emissions, because it uses a large amount of electricity, generated mainly by emissions-intensive coal-fired power plants.

But, says the report, “Load-shedding and achieving solar PV grid parity have disrupted the electricity distribution sector, requiring city electricity departments to swiftly prepare for and embrace these opportunities.”

“In all cities, the lack of transparency, trust and accountability continue to be challenges that undermine good policies and plans,” says the report.

Energy governance is in crisis because vested interests have captured the policy space, resulting in policy delays, which is far from optimal for economic investments.

“An ongoing theme is one of capacity constraint, with unfilled positions in local government reaching all the way to senior directorship, that has produced an environment of a substantial breakdown of trust,” the report states. “Without access to government, citizens have acted independently, with inequality among citizens resulting in very divergent forces. Wealthy citizens can afford to exit or minimise their participation in the system, while the poor have no choice other than to protest or vandalise the system.”

Reddy says the amendments to electricity regulations on new generation capacity to enable municipal power generation are long-awaited. “With this emergence of municipalities being able to procure energy, which is a very complex situation, there is work underway to ensure and enable that procurement happens in a co-ordinated, accessible way.” 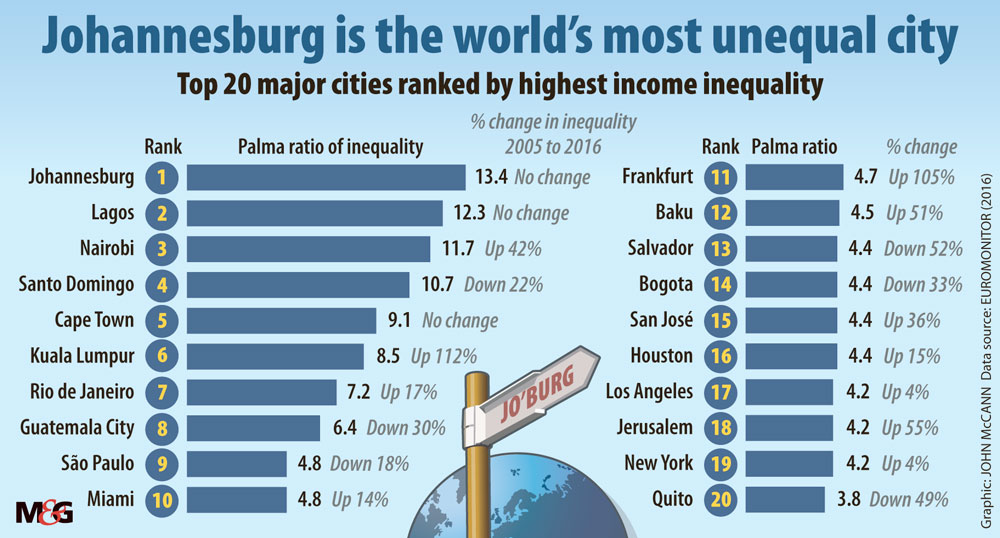 The government, the report says, must place sustainable energy at the heart of its Covid-19 economic recovery package. “The [pandemic] crisis may have exposed severe deficiencies, but it also revealed many gains such as less traffic congestion, cleaner air and reduced noise pollution. The challenge is to sustain these gains as the economy recovers.”

Reddy is hopeful. “There’s so much dynamism and energy in the cities to go ahead with this … and there’s also all sorts of massive climate and emission reduction commitments that cities have embarked on.”