Abu Dhabi, United Arab Emirates, 12 January 2020 — The share of renewables in global power should more than double by 2030 to advance the global energy transformation, achieve sustainable development goals and a pathway to climate safety, according to the International Renewable Energy Agency (IRENA). Renewable electricity should supply 57 per cent of global power by the end of the decade, up from 26 per cent today.

A new booklet 10 Years: Progress to Action, published for the 10th annual Assembly of IRENA, charts recent global advances and outlines the measures still needed to scale up renewables. The Agency’s data shows that annual renewable energy investment needs to double from around USD 330 billion today, to close to USD 750 billion to deploy renewable energy at the speed required. Much of the needed investment can be met by redirecting planned fossil fuel investment. Close to USD 10 trillion of non-renewables related energy investments are planned to 2030, risking stranded assets and increasing the likelihood of exceeding the world’s 1.5 degree carbon budget this decade.

“We have entered the decade of renewable energy action, a period in which the energy system will transform at unparalleled speed,” said IRENA Director-General Francesco La Camera. “To ensure this happens, we must urgently address the need for stronger enabling policies and a significant increase in investment over the next 10 years. Renewables hold the key to sustainable development and should be central to energy and economic planning all over the world.”

“Renewable energy solutions are affordable, readily available and deployable at scale,” continued Mr. La Camera. “To advance a low-carbon future, IRENA will further promote knowledge exchange, strengthen partnerships and work with all stakeholders, from private sector leaders to policy makers, to catalyse action on the ground. We know it is possible,” he concluded, “but we must all move faster.”

Additional investments bring significant external cost savings, including minimising significant losses caused by climate change as a result of inaction. Savings could amount to between USD 1.6 trillion and USD 3.7 trillion annually by 2030, three to seven times higher than investment costs for the energy transformation.

Falling technology costs continue to strengthen the case for renewable energy. IRENA points out that solar PV costs have fallen by almost 90 per cent over the last 10 years and onshore wind turbine prices have fallen by up half in that period. By the end of this decade, solar PV and wind costs may consistently outcompete traditional energy. The two technologies could cover over a third of global power needs.

Renewables can become a vital tool in closing the energy access gap, a key sustainable development goal. Off-grid renewables have emerged as a key solution to expand energy access and now deliver access to around 150 million people. IRENA data shows that 60 per cent of new electricity access can be met by renewables in the next decade with stand-alone and mini-grid systems providing the means for almost half of new access.

The booklet "10 Years: Progress to Action" can be downloaded here. 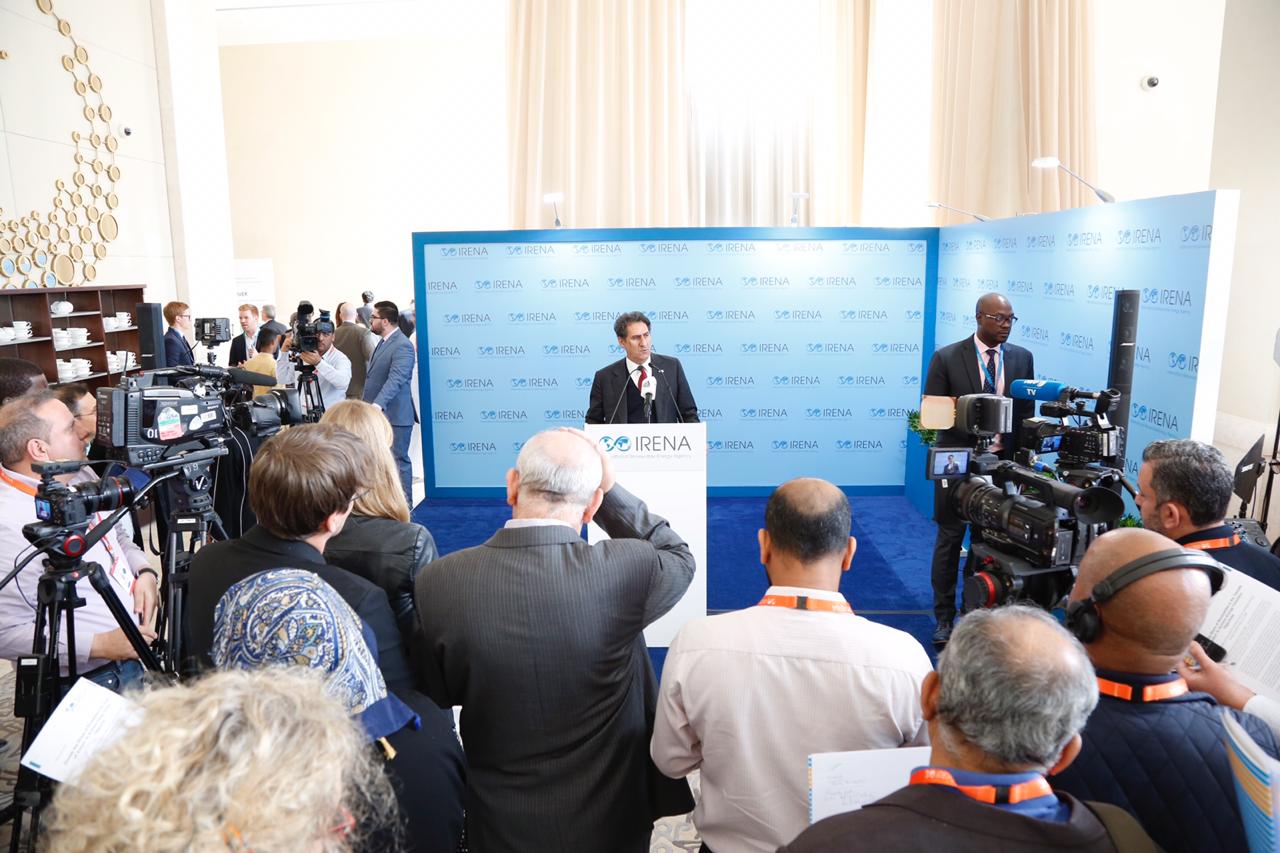 IRENA is the global intergovernmental organisation that supports countries in their transition to a sustainable energy future, and serves as the principal platform for international co-operation, a centre of excellence, and a repository of policy, technology, resource and financial knowledge on renewable energy. With 161 Members (160 States and the European Union) and 22 additional countries in the accession process and actively engaged, IRENA promotes the widespread adoption and sustainable use of all forms of renewable energy including bioenergy, geothermal, hydropower, ocean, solar and wind energy, in the pursuit of sustainable development, energy access, energy security and low-carbon economic growth and prosperity.