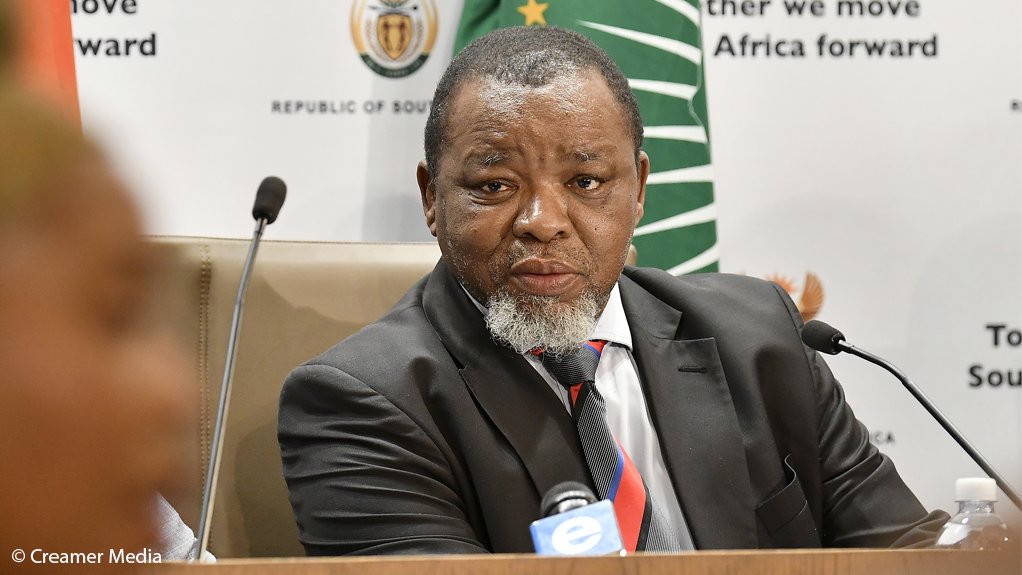 Addressing delegates virtually during Canada’s annual Prospectors and Developers Association Convention, Mantashe highlighted that South Africa’s Economic Reconstruction and Recovery Plan, developed in response to the Covid-19 pandemic, emphasised the importance of addressing the country’s long-standing electricity supply deficit so as to use energy as a “catalyst for economic growth”.

“Our move to increase generation capacity through the energy mix is vital,” Mantashe said, adding that renewable energy and other cleaner forms of energy had the potential to stimulate economic growth and an economic recovery.

“It also provides a unique opportunity for new industries to arise and will assist in a recovery that has the potential to build an inclusive, job-rich and resilient economy,” he added.

Securing energy supply required a restructuring of the electricity sector as an urgent priority. “Government is implementing key reforms identified in the Eskom Roadmap that was adopted by Cabinet.”

The roadmap envisaged an unbundling of Eskom into separate entities for generation, transmission and distribution.

Mantashe argued that the unbundling of Eskom was “critical for security of supply in the future”, as it would ensure that South Africa could attract the necessary investment in power generation and to contain costs.

He also broke his silence on President Cyril Ramaphosa’s State of the Nation Address (SoNA) announcement that South Africa’s electricity regulations would be reformed to support higher levels of investment by large electricity consumers, including mines, smelters, factories and farms.

While making no specific reference to the proposal that the licence-exemption cap on such distributed-generation projects be increased from 1 MW to 50 MW, Mantashe said: “We continue to work with industry and consumers of electricity to refine regulations and frameworks applicable to distributed generation, specifically generation for own use.”

During SoNA, Ramaphosa said that Schedule 2 of the Electricity Regulation Act would be amended within the next three months, an announcement that has been widely welcomed by business.

However, the nature of the reform would be closely watched, as investments by large consumers would depend on the regulations allowing for long-term contracts with independent power producers, rather than on-balance-sheet investments, as well as an ability to wheel power across the Eskom or municipal networks at a reasonable cost.

A recent reform clarifying the regime applicable for new generation capacity at a local government level – and also referred to by Mantashe in his speech – did not, in the view of most commentators, go far enough to facilitate municipal power-generation ambitions.

Mantashe said the other interventions being taken by government to address the country’s electricity deficit included:

"Notwithstanding the role played by coal in our energy mix, the renewable energy and other cleaner forms of energy has the potential to stimulate economic growth as we emerge from the shadow of the Covid-19 pandemic," the Minister added.