South Africa’s biggest power shift in over a generation holds big promise, and some risk 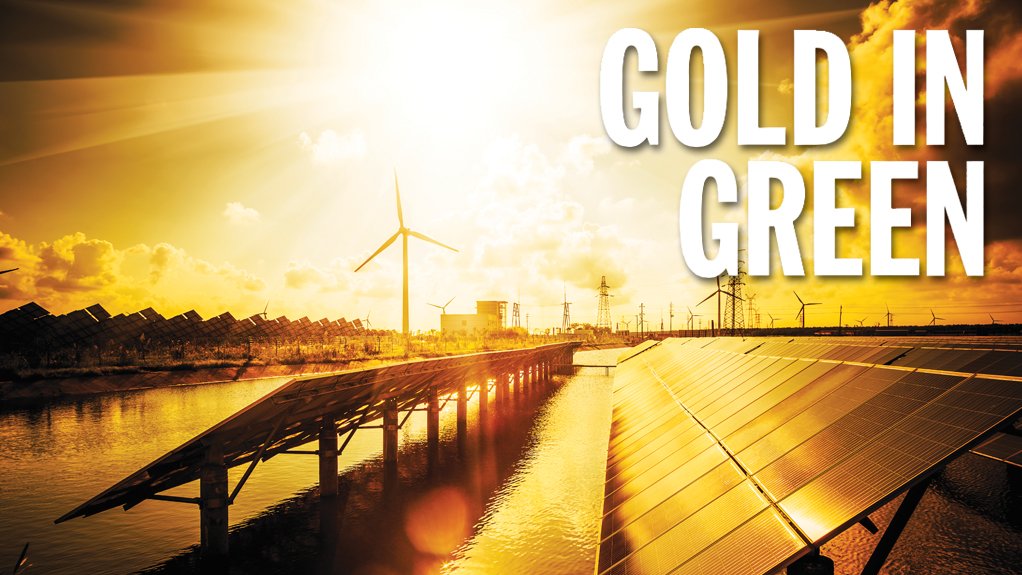 Next year, 2021, is poised to be a pivotal one for South Africa’s renewable-energy sector – for real this time!

The industry will have an opportunity, finally, to participate in the fifth bid window of the Renewable Energy Independent Power Producer Procurement Programme (REIPPPP), the bid documentation for which will be released in January.

Progress on the next bidding round has been made possible by the gazetting of a Ministerial determination that opens the way for the procurement, over the coming three years, of 4 800 MW of onshore wind and 2 000 MW of solar photovoltaic (PV), along with 513 MW of battery energy storage, 3 000 MW of gas or diesel to power and 1 500 MW of new coal.

For the period to 2030, however, the renewables scale-up is set to be nothing short of spectacular, heralding the start of the biggest shift in South Africa’s electricity supply industry since the formation of Eskom nearly 100 years ago.

The Integrated Resource Plan of 2019 (IRP 2019) outlines a need for more than 30 000 GW of mainly wind and solar PV energy to be introduced by the end of the decade, albeit still imposing artificial yearly build limits on new variable renewable energy.

This new generation capacity is required not only to cater for hoped-for demand growth (which has flatlined for over a decade as the country has battled the twin scourges of a power crisis and a weak economy), but to accommodate the planned decommissioning of nearly 10 000 MW of old coal and gas capacity over the period.

Moreover, given the growing problems associated with funding new coal and persistent difficulty in securing imported hydro from the Democratic Republic of Congo, an allocation for which is also contained in the IRP 2019, there is potential for even more renewables to plug the gaps.

Indeed, there is a growing acceptance that any update to the plan, which is becoming increasingly urgent in light of technology cost and demand changes since the document was finalised, is likely to include materially higher allocations for wind and solar PV in particular, owing to their increasing cost competitiveness and relatively short construction lead times.

Even before these latest technology costs are factored in, however, wind and solar PV are already the irrefutable providers of the cheapest new kilowatt-hours into the domestic power system. This is the case in an increasing number of countries, but it is accentuated in South Africa by the country’s almost unparalleled triumvirate of high-quality wind and solar resources and sufficient land on which to harvest those.

This natural advantage is already visible in both the country’s official plan, as well as a slew of other system models that point to variable renewable electricity forming the basis for the country’s future least-cost power generation mix, much as coal has done hitherto. This cost advantage is sustained even after the flexible and storage solutions (some of which are also on steep technology learning and cost-reduction curves) required to complement the variable plants are included.

In recognition of this emerging reality, the IRP 2019 includes eye-wateringly large allocations of more than 17 700 MW for onshore wind and 8 200 MW for solar PV, figures that would have been higher had it not been for the yearly build limits, as well as policy adjustments made to cater for some new coal, the World Bank-funded Eskom batteries and the imported hydro.

It should be noted that, on cost grounds alone, no new nuclear is included in the IRP 2019, making moves by the Department of Mineral Resources and Energy to begin preparations for a 2 500 MW procurement highly controversial.

These preparations have been justified by Mineral Resources and Energy Minister Gwede Mantashe on the basis of the long lead times involved for nuclear. In consultation papers issued before providing concurrence with the Minister’s draft determination, the National Energy Regulator of South Africa also highlights that any nuclear capacity will “reach commercial operation in the time horizon beyond 2030”.

In other words, for the coming nine years, and beyond, the main technology choice will be renewable energy as the IRP 2019 already outlines – a trajectory that is likely to be amplified further if the plan is updated in the coming years, as seems likely.

Implementation, though, is not only urgent but will require enormous and coordinated efforts across the public and private sectors alike, as South Africa has never in its history needed to add so much capacity over such a short period of time.

In parallel to the public procurement programmes, which will unfold under successive REIPPPP rounds that Independent Power Producer (IPP) Office CEO Tshifhiwa Bernard Magoro reports will be overlapping to accommodate the schedule outlined in the IRP 2019, renewables uptake is also poised to grow strongly in the mining, industrial, agriculture, commercial and residential sectors.

Several large-scale corporate power purchase agreements (PPAs) are already in the market and many more will be issued in 2021, especially should an unequivocal signal be sent that government and the regulator will abide by their respective commitments to make the self-generation environment more friendly. While recent regulatory easing is not nearly sufficient, in light of the important role self-generation can play in closing what is now believed to be a 5 000 MW short-term supply gap, there are nevertheless a few signs of greater efficiency in providing licensing approvals.

The platform is also likely to be laid next year for procurement of renewable IPP electricity by those metropolitan councils and municipalities that have the financial and technical wherewithal to do so.

Likewise, progress should be made in firming up plans to repower (using solar PV, wind and battery energy storage, as well as gas) those Eskom coal-fired power stations scheduled for decommissioning from 2023 onwards, notably Komati, Grootvlei and Hendrina.

The repurposing of those power station sites for nonenergy-related economic activities will proceed in parallel, as part of a broader ‘just energy transition’ that aims to ensure that coal miners and coal-linked communities are “not left behind” in the now inevitable shift from coal to renewables.

This process will be supported not only by Eskom’s newly formed just energy transition office and the prospect of up to R200-billion in green financing to support the utility’s accelerated move away from coal, but also by the eventual assembly of the Presidential Climate Change Coordinating Commission, which will be the key custodian of the strategy.

Practically, the so-called just energy transition could be stimulated by two other factors.

Firstly, the designation of the coal region of eMalahleni, in Mpumalanga, as a Renewable Energy Development Zone, or REDZ. This is vital for ensuring that workers and coal-linked firms and communities are beneficiaries rather than victims of the transition. A failure to manage this aspect of the transition is arguably the biggest political and socioeconomic risk facing the country for the coming decade.

The second factor is the reality that South Africa’s north-eastern coal regions currently house arguably the most important asset for renewables integration: grid capacity. In fact, one of the biggest technical risks to the transition is uncertainty on whether the transmission network can keep pace with generation deployments.

Over time, while the centre of power will shift from these coalfields to the solar and wind territories in the south-west, where grid penetration is currently weak, in the short term there may be socioeconomic and technical virtue in directing new renewables capacity north to allow time for the grid to extend south.

The other risks are, meanwhile, largely political, or policy related rather than technical.

Politically, there is still little overt support for the transition at the level of the DMRE, where the leadership continues to emphasise technology options that are either too costly, too risky, or both. The opportunity that exists to leverage the renewables-led transition to meet government’s goals of job creation, enterprise development, transformation and industrialisation is, thus, not being fully recognised.

That said, some progress is being made on drafting a so-called South African Renewable Energy Masterplan, which, through consultations with industry, labour, civil society and government, aims to develop an industrialisation implementation plan for the sector. Again, 2021 is set to be an important year for firming up this plan, which will feed into the Department of Trade, Industry and Competition’s broader industrial strategy.

Progress is also being made on another important policy reform required to improve the investment climate for renewables developers: the unbundling of Eskom and the creation of a legally separated Independent Transmission System and Market Operator (ITSMO).

Crucially, Eskom CEO Andre De Ruyter is supportive of an ITSMO, which he acknowledges is a prerequisite for overcoming concerns of potential bias in areas such as grid and market access, dispatch instructions and procurement decisions. At this stage, it is anticipated that such a transmission entity should be functionally separated from Eskom’s generation and distribution units by the end of March 2021, with full legal separation planned for December 2021.

Integrating the market operator to form a transmission system operator would take until December 2022, however, while the creation of a standalone ITSMO is dependent on several legislative and regulatory approvals outside of Eskom’s direct control, residing instead within the executive and the legislature. Nevertheless, the development sends an important signal that both government and Eskom accept that the generation market in South Africa should be a competitive one in future.

That said, the immediate priority for the renewables sector for 2021 lies in ensuring a successful resumption of utility-scale procurement, which stalled five years ago when Eskom refused to sign PPAs for projects that had been legally procured by the IPP Office in 2014.

Rebuilding the credibility of South Africa’s once-vaunted REIPPPP scheme will require professional implementation on the part of the public sector, while the private sector needs to respond with bids that reflect the fall in technology costs and demonstrate responsiveness to government’s socioeconomic, industrial and transformation aspirations.

Once that hurdle is successfully navigated, South Africa then needs to transition to a scenario of routine procurement to help address the immediate supply-demand imbalance, which continues to pose a serious risk to growth and development.

From that far more stable and predictable platform, increasing demands can be more readily made on the industry in support of national goals, including flattening the electricity tariff curve and using this nascent industry as the key to unlock new industrial development, including in new industrial sectors, such as the increasingly competitive green hydrogen production space, in which South Africa holds numerous advantages, and in other power-to-X commodities.

If properly conceptualised, well planned and expertly implemented, this once-in-a- generation power shift could, therefore, be turned into a golden, and green, opportunity for South Africa.