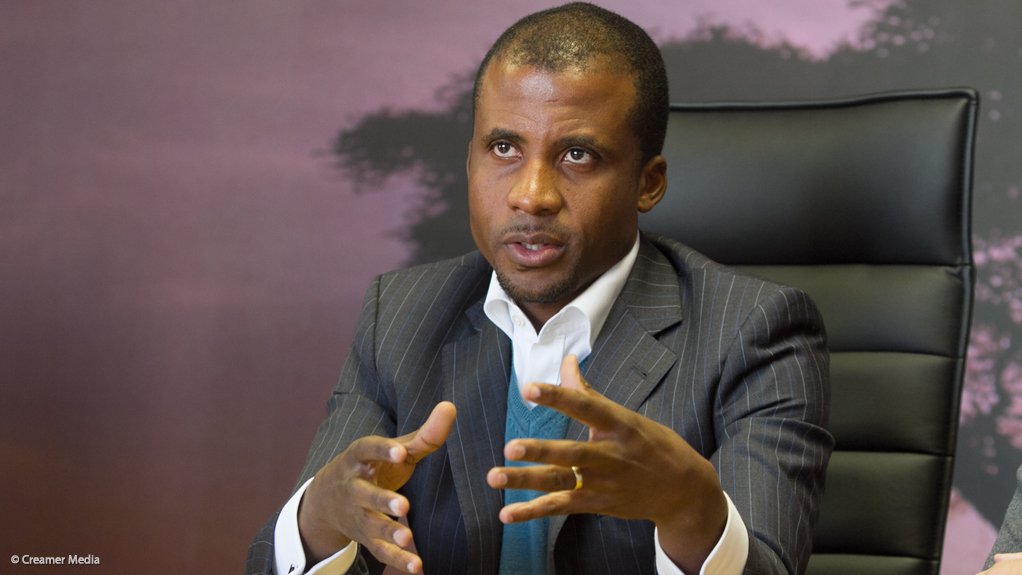 Bushveld Energy intends devising self-generation options for all of Bushveld’s existing and future electrical energy needs at its operations.

Current aggregate loads of 21 MW are expected to increase to more than 50 MW after the completion of expansion and refurbishment programmes and this need has the potential of more than 125 MW of solar photovoltaic (PV) and 180 MWh of battery energy storage systems within the group’s facilities.

The company, headed by CEO Fortune Mojapelo, has appointed an engineering, procurement and construction company to advance the engineering phase of the vanadium electrolyte project, which has been approved by the South African Department of Trade, Industry and Competition.

The surface sublease agreement and the power purchase have been signed and a debt financing term-sheet for the Vametco mini-grid has been secured from a French development bank, with underwriting by a South African financial institution.

“We’re encouraged by the progress made at Bushveld Energy, particularly with the electrolyte plant, and the Vametco solar photovoltaic and vanadium redox flow batteries mini-grid project,” Mojapelo said in a release to Mining Weekly.

Second-quarter group vanadium production rose 5% to 778 mtV and half-year group production by 18% up to 1 649 mtV with the inclusion of production from the recently acquired Vanchem processing assets.

Estimated Covid-19 lockdown losses totalled 380 mtV, made up of 300 mtV at Vametco and 80 mtV at Vanchem.

Bushveld Minerals’ strategy of increasing sales to China has paid off with prices trading at a premium to those in more traditional US and European markets, but Covid-linked logistics constraints at ports impacted second-quarter sales volumes negatively, with longer lead time expected to continue for the remainder of the year.

Mojapelo stated in the release that the recovery in demand out of a reignited Chinese economy and the recent plans to develop green infrastructure to aid Europe’s economic recovery, showed that the long-term demand fundamentals for vanadium remained in place.

“The metal’s unique characteristics as a key element of rebar production ensure it will form part of stimulus plans that countries announce in order to reinvigorate their respective economies in a post-Covid-19 world. Overall, the market continues to find its feet after these unprecedented global events, which have affected growth, trade and supply chains globally,” he stated.