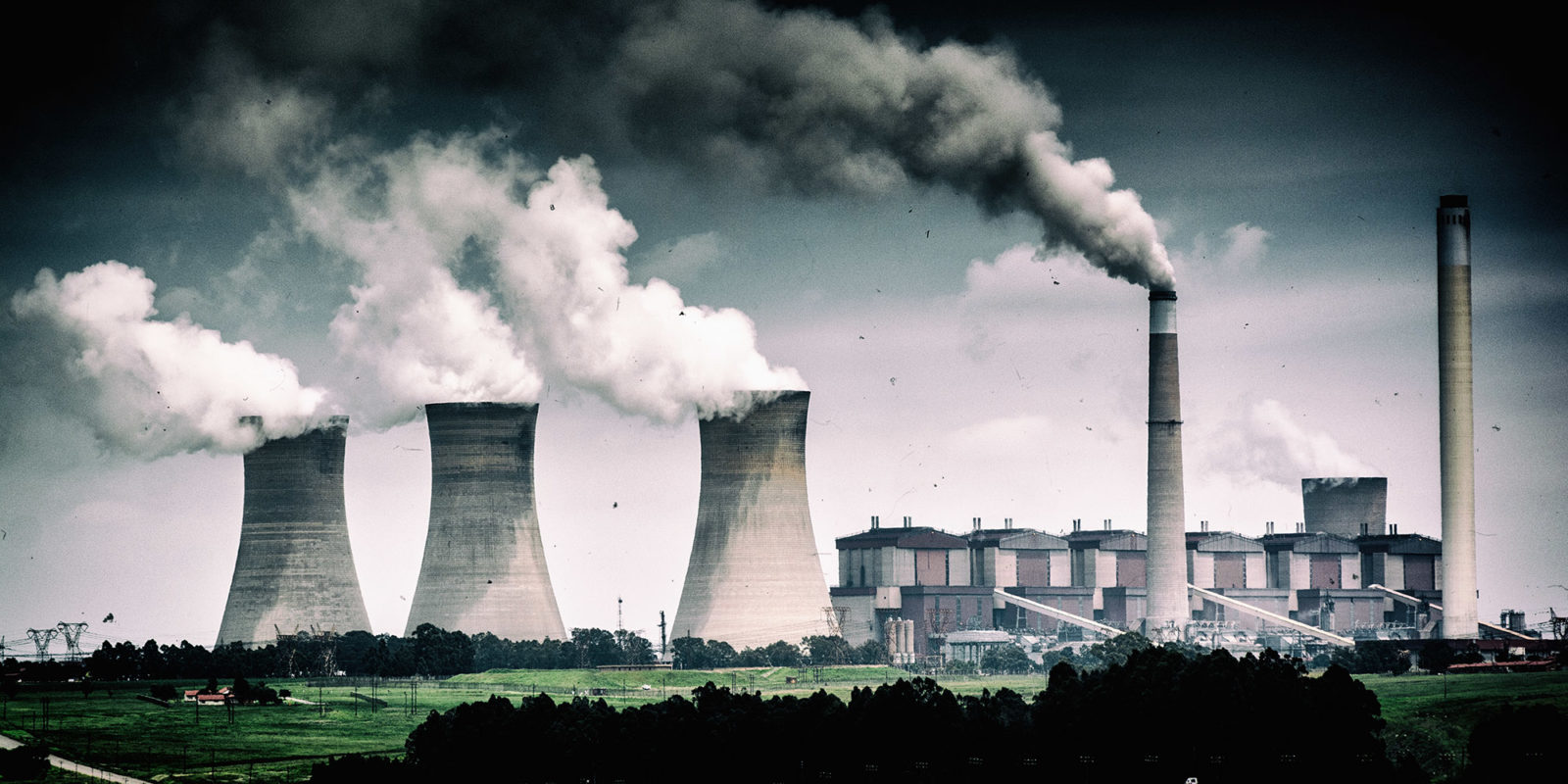 There is a growing awareness within the government, mining majors and the financial sector that coal mining in South Africa is a declining industry under threat. Despite being well behind the curve as one of the world’s most carbon-intensive economies, the realisation of the need for decarbonisation of the economy is beginning to gain traction.

Energy and electricity policy, planning and regulation in South Africa has been slow and bureaucratic, lacking visionary leadership and marred by uncertainty. Policy positions and actions have tended to be reactive and driven more by crisis management than by forward-looking leadership.

In 1998, the government’s White Paper on Energy Policy detailed a policy of restructuring and liberalisation of the electricity supply industry (ESI). However, it became clear that the political and executive leadership in national, provincial and local government, and the affected ministries, were not of a common mind on the matter, and the ESI incumbents (Eskom and municipalities) had little appetite to restructure themselves. To date, not one of these policy objectives has been met, even though the policy document remains in place.

This policy uncertainty, together with a rapid turnover of ministerial leadership at the Department of Energy, has resulted in integrated planning within the energy and electricity supply sectors being intermittent, uncoordinated and lacking coherence, at best.

The planning that has taken place has been done in the absence of a published national integrated energy plan (IEP). Section 6(1) of the National Energy Act, Act 34, 2008 requires that an IEP be developed, reviewed and published annually by the energy minister. However, a final IEP has not been published since 2008.

Following the publication of an integrated resource plan (IRP) for electricity, IRP 2010-2030, in 2011, there was a seven-year delay before it was finally updated and replaced with a revised IRP 2019 covering the next decade to 2030.

The new IRP indicates the planned decommissioning of 11.5 gigawatts of old coal-fired power plant, and a major new build comprising 14.6GW of utility-scale wind, 6.0GW of utility-scale solar photovoltaic (PV), and about 5GW of distributed self-generation by electricity consumers, all complemented by 3GW of gas- or diesel-fired power and 2GW of battery storage.

In addition, IRP 2019 has what some consider to be “smoke-and-mirror” inclusions to appease stakeholders, such as 1.5GW of new coal-fired power, 2GW of hydropower imports and 1.8GW of nuclear power.

The 1.8GW of nuclear power is of course not a nuclear new build at all, but simply a 20-year extension of the operating licence of the Koeberg power station in Cape Town. The 1.5GW of new coal power will, in all likelihood, never be built, due to difficulties in obtaining funding. The 2.5GW of imported hydropower from the Inga Project in the Democratic Republic of the Congo by 2030 is generally considered to be a pipe dream, to disguise other plans to replace this unlikely option with 2.5GW of new nuclear power, which is equally unlikely to take place by 2030, if at all.

The coal-mining industry itself produced the so-called National Coal Strategy for South Africa in 2018 to determine what needs to be done in the face of negative public opinion about using coal in power generation and industrial processes.

However, there is a growing awareness within the government, by the coal mining majors and by the financial sector that coal mining in South Africa is a declining industry under threat. Despite being well behind the curve as one of the most carbon-intensive economies in the world, the realisation of the need for decarbonisation of the economy is beginning to gain traction.

However, distracting talk of clean coal technologies, underground coal gasification and carbon capture and storage is still emanating from the Department of Mineral Resources and Energy (DMRE) and other quarters, demonstrating a lingering commitment to coal as a source of primary energy.

No nuclear new builds in sight

The official commitment to a nuclear power new-build programme has fluctuated significantly over the past 15 years. While no new nuclear power is shown in IRP 2019 for the years to 2030, it is worth noting the decision in the plan to “commence preparations for a nuclear build programme to the extent of 2,500MW at a pace and scale that the country can afford because it is a no-regret option in the long term”. However, it should not be assumed from this that a nuclear new-build in South Africa will take place.

It would seem that the minister of mineral resources and energy and the nuclear sector in South Africa are pinning their hopes on the deployment of small modular nuclear reactors (SMRs), with designs that have still not been finalised, built, licensed, piloted and proven to be safe and economically viable for commercial power generation.

A draft Gas Utilisation Master Plan (GUMP) was released by the government in May 2016 for public comment. However, the final version never made it into the public domain. Planning for imported liquefied natural gas (LNG), compressed natural gas (CNG), liquefied petroleum gas (LPG) and shale gas, therefore remains uncoordinated and haphazard. However, major developments of gas fields in Mozambique, as well as two significant recent gas condensate discoveries by Total about 175km off the southern coast of South Africa, have awakened the interest of the minister of mineral resources and energy, who regularly says “gas is a game changer in South Africa”. But the slow pace of planning and development of the necessary gas infrastructure in South Africa is likely to inhibit the establishment of the sector and the uptake of gas for industrial and power generation by potential customers.

By far the biggest portion of the new build in IRP 2019 comprises wind and solar PV, backed up by flexible generation in the form of gas-to-power and battery energy storage. This reflects the fact that this is the preferred option that delivers reliable, dispatchable electricity at the lowest cost, with the least water use and lowest emissions, while creating the most jobs and meeting South Africa’s climate change commitments.

There is also a growing realisation, including by Eskom, that the utility-scale renewable energy build programme in IRP 2019 has to be significantly increased even further to meet the falling output from Eskom’s old coal-fired power stations, due to declining availability and the pressure from lenders for an accelerated decommissioning and decarbonisation schedule.

However, the uptake of renewable energy detailed in IRP 2019 is constrained by policy interventions in the form of artificial and arbitrary limits on the capacity of annual deployment of wind and solar PV power plants, of 1,600 megawatts (MW) per annum for wind, and 1,000MW for solar PV.

It is becoming apparent that centrally planned procurement of generation capacity of all technologies by the DMRE and its Independent Power Producer Office will not be able to meet the immediate needs for increased generation capacity to avert the threat of rolling power cuts or load shedding in South Africa in the next two to three years.

With Eskom not even able to meet declining demand, there is also a growing realisation by all electricity customers that they need to work on self-generation to supplement their grid electricity needs, and to wheel power for their own use from external sources of distributed generation.

However, to make the above possible and to facilitate an immediate uptake of distributed generation at scale for own use, as well as to facilitate a diversified and competitive power-generation sector, there is an urgent need for policy, legal and regulatory reform and restructuring of the electricity supply industry.

There are encouraging policy statements and commitments from political leaders in government indicating a change in mindset to enable the unbundling and restructuring of Eskom and to create a state-owned independent transmission system and market operator with power planning, procurement, contracting and system operation functions.

The stifling regulatory red tape, technical barriers and complex registration and licensing processes associated with distributed generation, self-generation and wheeling need to be eliminated, or at least streamlined. These include requirements applicable to domestic and small commercial installations up to 100 kilowatts (kW), commercial and agricultural installations of 100kW to 1MW and higher, and industrial and mining installations greater than 10MW.

South Africa has no crude oil reserves, and liquid fuels are produced by refining imported crude oil and the local production of synthetic liquid fuels from coal and gas. There are six ageing refineries, which are supplemented by significant imports of cleaner liquid fuels.

Refineries are hesitant to invest in modernising and expanding their plants due to policy and regulatory uncertainty, the high costs and a lack of clarity on cost-recovery mechanisms in the regulated pricing environment. However, there is a possibility that Sasol may upgrade its 150,000-barrel-a-day Secunda synthetic fuel operation to meet the cleaner fuel standard.

At this stage there is no formal published South African government policy or strategy on the role and production of green hydrogen. However, the Hydrogen South Africa strategy and Hydrogen Society Roadmap is a work in progress under the auspices of the Department of Science and Innovation, the Council for Scientific and Industrial Research, Mintek and a number of universities.

There is a growing appreciation that the production of green hydrogen and green ammonia in South Africa offers significant competitive advantages that can be used for domestic decarbonisation of transport and industry alongside exports. These include abundant wind and solar natural resources, cheap and available land, and 50 years of experience in the commercial production of synthetic fuels using the Fischer-Tropsch process.

The former Department of Mineral Resources merged with the Department of Energy in early 2020 to form the DMRE. This created the need for significant structural and people change management, which slowed the work of the department in the energy sector and created conflicts of interest between serving coal-mining interests and the need to decarbonise the economy.

However, there are some positive and pragmatic statements and policy positions coming from political leaders and the government. They include the restructuring and unbundling of Eskom, which is inevitable since the company is insolvent and needs huge bailouts; the need for regulatory reform and the easing of regulatory red tape; the establishment of an independent transmission system and market operator; the opening of the power-generation sector to municipal generators, distributed generation, self-generation and wheeling; and the need for decarbonisation of the economy and a just energy transition.

The government needs to provide clear, unambiguous and reliable policy positions and messaging to attract investment and to encourage the participation of the private sector. DM

This article by Chris Yelland was written for the French Institute of International Relations, Ifri, and was first published here. The article is republished with permission, courtesy of Ifri.

DERs and the paradox of renewable energy – Energize
Newsletter – Inspiration for the New Year: Perspectives, News and Reports
Comment