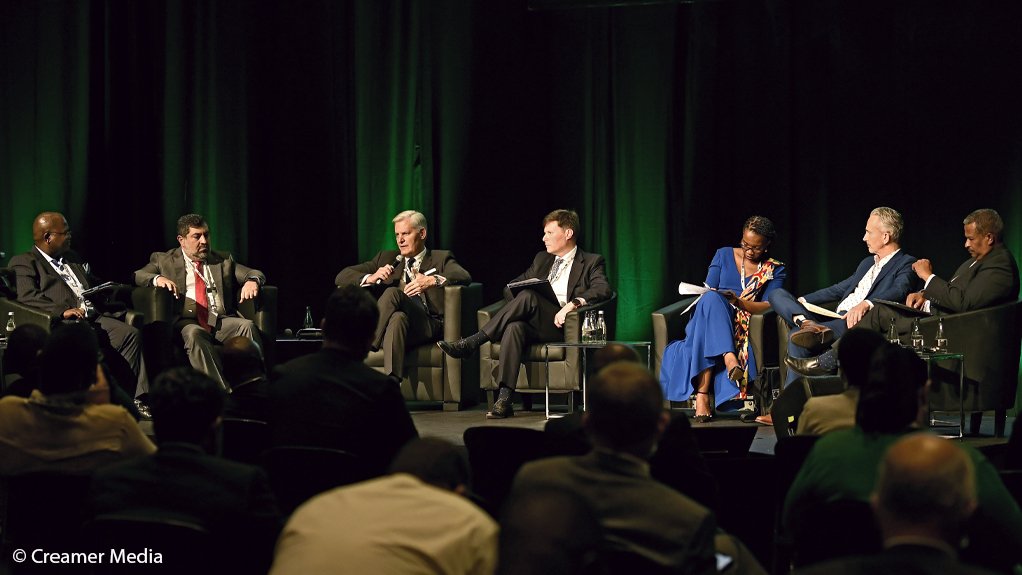 South Africa’s current Integrated Resource Plan (IRP) is significantly underestimating what new capacity should be being built to cater for the decommissioning of the coal-fired power stations and any future demand growth, African Rainbow Energy and Power (AREP) CEO Brian Dames has warned.

Speaking during a breakaway session on energy at the recent South Africa Investment Conference, the former Eskom CEO argued that the plan – published in late 2019 and which energy commentors frequently describe as being sorely out of date – “should be a lot more aggressive”.

Dames was supported in this assertion by several other panel members, including Presidential Climate Commission executive director Dr Crispian Olver, who said that the government-led procurement programme was not sufficiently scaled and described the IRP planning process as too rigid and “not fit for purpose”.

South Africa should, Olver argued, be procuring new renewables at a yearly rate of at least 3 000 MW to address existing supply constraints and to ensure supply security as Eskom began decommissioning its coal plants.

“That is going to require a massive ramping up of our Renewable Energy Independent Power Producer Procurement Programme (REIPPPP), and I mean a quantum leap from the pace at which we have been doing it to date,” he said.

The State-owned utility was hoping to build about 8 000 MW of that new capacity, leaving 60 000 MW that would have to be built by private and/or municipal generators.

Investment at such a scale would create new green industrialisation opportunities and had the potential to generate 160 000 new net jobs, but it also required policy certainty and a level playing field to ensure investment.

“We are going to set up an independent transmission system and market operator precisely to give investors the confidence that their bids into the power pool will be fairly adjudicated.

“So, from our perspective, we are all systems go to make sure that this transition happens, that it happens quickly and that it is just,” De Ruyter said.

Dames reported that AREP would invest R3-billion in the coming few years to build renewables projects linked to the REIPPPP, as well as the opportunities opening up for distributed generation in light of the recent 100 MW reform.

However, the company could and would invest more if there was sufficient transmission and long-duration storage capacity to transport and absorb the renewable electricity and if the IRP was better calibrated to the electricity needs of the country.

AREP would also consider investing in the manufacture of renewables components, but not in solutions where the competitive or comparative advantages were absent in South Africa, such as was the case with certain solar photovoltaic components.

Olver said a just transition in the Mpumalanga province, where most of the country’s coal mines and stations are located, should be coupled with an industrial strategy that aims to transform the province into a green manufacturing hub.

“I don't think our answer lies in the spray-and-stick kind of green economy stuff.

Olver also warned against delaying the transition from coal to renewables, describing the country’s carbon-intensity as its greatest economic risk over the medium- to long-term.

“Our embedded emissions are or amongst the highest in the world: they are double what China's emissions are and 75% higher than India.

“If we don't adjust, we face being shut out of the global economy and trading system as other countries start to decarbonise.

“We all think about the physical risks of climate change, but what's becoming increasingly clear to businesses and governments around the world is the market risk that we face if we transition too late.”