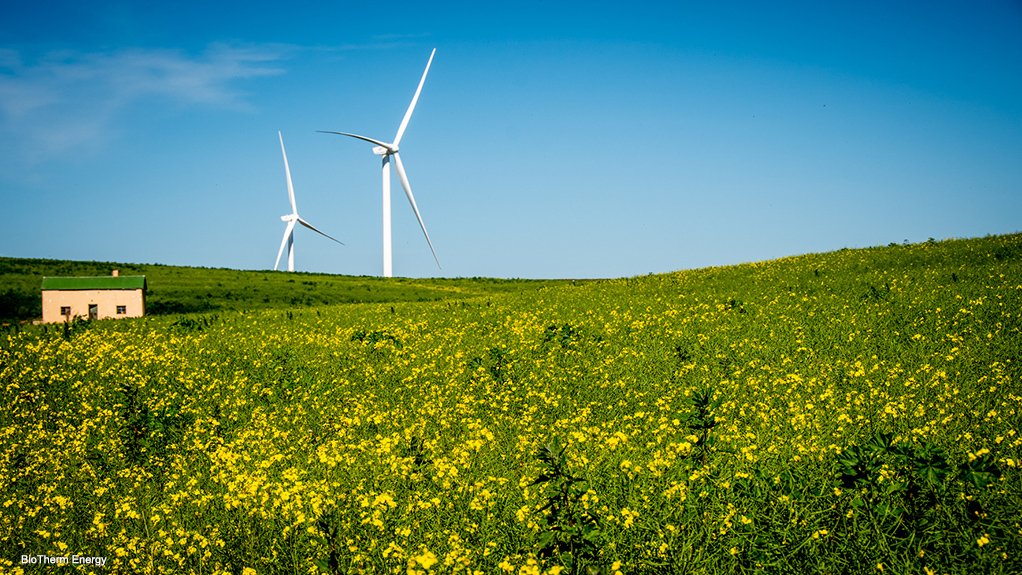 The 14.4 GW of new wind included in South Africa’s electricity plan positions the country as a “top ten” wind-energy market for the coming decade, while building capacity at the yearly tempo of 1 600 MW envisaged in the plan could attract R40-billion a year in new investment and create 144 000 fulltime jobs by 2030.

“That puts South Africa, for the same time horizon to 2030, into the top ten of wind-energy countries worldwide and pretty much in the same range as some of the new growth markets, such as Brazil with 19 GW and Turkey with 12 GW,” Mayer said.

Vestas is a large Danish original equipment manufacturer, with 117 GW of wind turbines currently deployed in 81 countries, including South Africa.

Mayer said that the IRP 2019 allocation, which was the largest for any technology included in the plan, was based on the “fundamentals” of South Africa’s powerful wind resources and land availability, which made the country a good location for low-cost wind-energy production.

The allocation, he added, also reflected the need for new capacity to address South Africa’s current electricity shortages and the fact that wind could be added relatively quickly, with most projects introduced within 18 to 24 months of procurement.

Denmark’s Ambassador to South Africa, Tobias Elling Rehfeld, noted that the Scandinavian country, which is a wind-energy pioneer, had seen significant economic and employment spinoffs arise as a result of its support for the industry over the past number of decades.

Denmark, which is home to companies such as Vestas, has the highest penetration of wind globally, standing at about 47%.

Wind and solar currently contributed more than 50% of Denmark’s electricity production, Elling Rehfeld reported, adding that “we enjoy a strong 99.996% stable electricity supply, which is a number that is quite relevant here in South Africa”.

Denmark was also an “excellent showcase” of the wind industry’s job creation potential, with offshore wind-energy-related jobs having climbed from 19 000 in 2010 to 230 000 fulltime jobs by 2019.

“If we extrapolate the European numbers in accordance with the South African energy plan, we could be looking at 144 000 fulltime jobs by 2030 – and that’s just from wind,” the ambassador said, adding that many more jobs could be created in solar, biomass and so-called power-to-x sectors, such as green hydrogen.

South African Wind Energy Association CEO Ntombifuthi Ntuli said that ramping up installed wind capacity by the 1.6 GW a year catered for in the IRP 2019 would generate additional yearly investment of about R40-billion for the country.

The immediate priority, however, was to begin implementing the Section 34 Ministerial determination with which the National Energy Regulator of South Africa recently concurred.

Ntuli stressed that the fifth bid window of the Renewable Energy Independent Power Producer Procurement Programme, often referred to as BW5, needed to be fast-tracked not only to close the country’s current supply gap, but also to meet the timeframes outlined in the IRP 2019.

She noted that, should BW5 be launched in January 2021 as suggested by the Independent Power Producer Office, bid submissions would likely be in May, while preferred bidders would be announced probably only in July.

It could then take a further year to reach financial close, which would mean that project construction would begin only in about August 2022.

That being the case, wind farms, which typically take 18 to 24 months to build, procured under BW5 would begin commercial operation in about August of 2024.