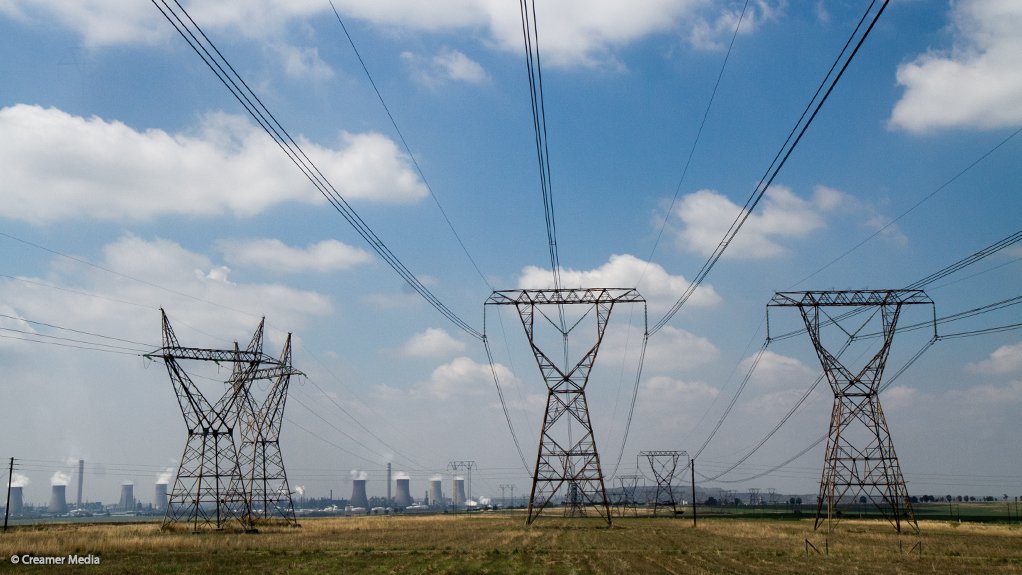 Photo by Creamer Media
Power lines in the foreground, with Sasol's Secunda complex in the background

Sasol and Air Liquide have formally announced plans to jointly procure 900 MW of renewable-energy capacity from independent power producers (IPPs) by 2030 and have issued a request for proposal (RFP) through which they aim to procure an initial 600 MW this year.

The transaction, the companies said in a statement, represented the largest renewable-energy procurement deal from the private sector in South Africa and the renewable electricity generated by the IPPs would supply Sasol’s operations in Secunda, Mpumalanga.

The companies are acting jointly following the R8.5-billion acquisition, by Air Liquide in July, of Sasol’s air separation units (ASUs) at the Secunda site, which are fully integrated into the chemicals and energy complex.

Both companies have commitments to reduce their greenhouse-gas (GHG) emissions, with Sasol having set an official target of reducing its emissions by 10% by 2030, from a 2017 baseline of 63.9-million carbon dioxide equivalent (CO2e) tons yearly to 57.5-million CO2e tons.

That target has been heavily criticised as lacking ambition by various environmental groups as well as shareholder activists, but CEO Fleetwood Grobler told Engineering News in February that Sasol had also initiated work on a 2050 GHG emissions reduction roadmap, which could incorporate a higher level of ambition.

More details on the plan would be published at Sasol’s 2021 Capital Markets Day in the second half of the current calendar year.

“Sasol is committed to further reduction opportunities to accelerate our decarbonisation efforts, aligned with our 2030 roadmap and with a focus on green hydrogen, the introduction of natural gas and energy efficiency improvements,” the company said when announcing the RFP.

Sasol said its collaboration with Air Liquide had already enabled it to increase its initial procurement target of 600 MW to 900 MW by 2030.

During the initial procurement phase, Air Liquide would procure 400 MW and Sasol 200 MW, while the individual projects must demonstrate a generation capacity of at least 70 MW, which would position them to produce about 200 GWh of electricity yearly.

The closing date for submissions of expressions of interest is April 23.

“Due to the highly integrated nature of the Secunda site and the footprint associated with the ASUs, collaboration between the companies is necessary to ensure optimal GHG reduction benefits,” Sasol chief procurement officer: energy business Lebelo Lukhele said.

“It is anticipated that a collaborative approach will not only result in the original Sasol commitment for the Secunda site being met, but will also be exceeded through the combined efforts.”

Air Liquide Africa Middle East and India VP Ronnie Chalmers described the call for tenders as a major lever to the decarbonise the Secunda ASUs.

“Combining operational efficiency and reduction of CO2 emissions, our partnership with Sasol illustrates our capacity to work with our customers to help them lower their carbon footprint and to act in favour of the climate and local ecosystems. Climate action is at the heart of Air Liquide’s growth strategy, and we will continue to act for a sustainable future,” Chalmers added.

Wind and solar photovoltaic (PV) technologies would be favoured for the first tranche of the programme, in an effort to align the procurement with South Africa’s Integrated Resource Plan of 2019, or IRP 2019.

In addition, the IRP 2019 has a yearly 500 MW allocation for distributed generation, which is expected to be absorbed primarily by solar PV.

It was not immediately clear how the two companies planned to navigate South Africa’s restrictive licensing rules for distributed generators, which required a licence for any project above 1 MW, as well as a deviation from the IRP 2019 should no allocation exist for the technology.

Mineral Resources and Energy Minister Gwede Mantashe has also stressed on several occasions that there is no limit to the size of capacity that companies can install, as long as the electricity is fully consumed by the company and does not require wheeling over the network.

“We are targeting the procurement of the first 600 MW of capacity this year [around 1 800 GWh per year] of which 400 MW will be allocated to Air Liquide and 200 MW to Sasol, with the envisaged commercial operation dates commencing in 2023,” Lukhele said in a statement.

It is envisaged that the successful IPP bidder or bidders will supply energy in terms of power purchase agreements.