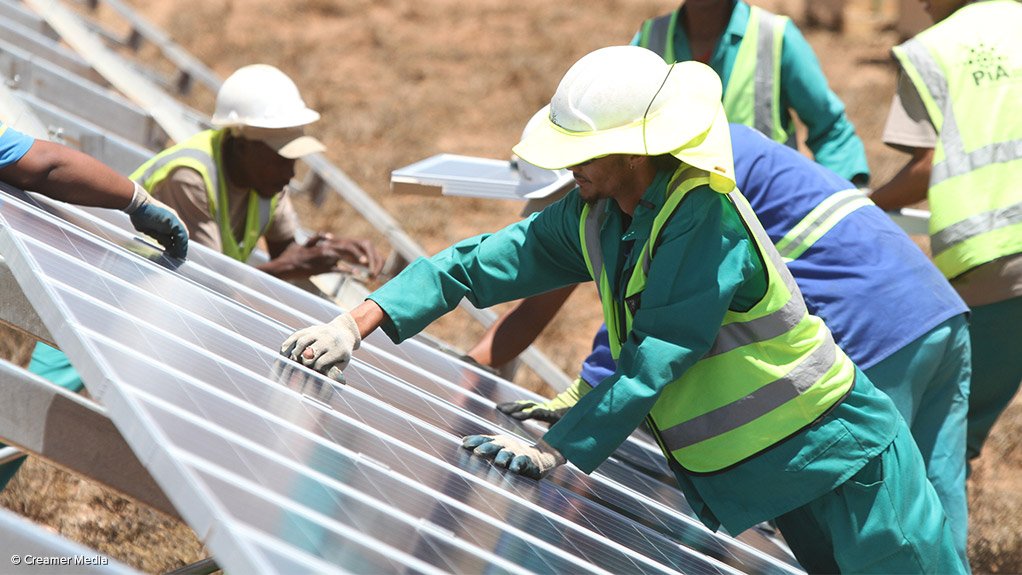 Anew multi-partner initiative has been launched with the aim of defining the role that finance can and should play in supporting both South Africa and India’s aspirations to implement “just transitions” to more climate-resilient economies.

The ‘Just Transition Finance Roadmaps in South Africa and India Project’ is being backed by the UK’s development finance institution, the CDC Group, in partnership with Trade & Industrial Policy Strategies (TIPS) and the National Business Initiative (NBI), of South Africa, as well as the Observer Research Foundation, LSE Grantham Research Institute on Climate Change and the Environment, the Harvard Kennedy School’s Initiative for Responsible Investment and the National Institute of Public Finance and Policy.

Speaking at the official launch on Tuesday, LSE Grantham Research Institute’s Professor Nick Robbins tied climate success directly to ensuring that workers and communities were placed at the heart of decision-making so that the benefits and costs of climate actions were shared fairly.

“This is a whole-economy priority,” he stressed, noting that it covered all sectors and was, thus, not limited to the energy transition.

The partners all agreed that finance could play a critical role in supporting just transitions and that by developing finance roadmaps for India and South Africa, banks and other financiers could be guided as to where future investment was required and how finance could be mobilised to maximise the social and economic benefits of those investments.

The partners aimed to identify “real world” just-transition opportunities in both countries during 2021, which could be showcased at the upcoming climate negotiations, which are scheduled to take place in Glasgow, Scotland, in November. However, they stressed that the just transitions would take many years to implement and unfold.

NBI CEO Joanne Yawitch said that, given the poor state of South Africa’s economy and government’s weak fiscal position, international and private finance would be required to support any domestic just transition projects.

She argued that there was already a strong business case for supporting South Africa’s transition from coal to renewable energy, as well as a host of emerging opportunities from the local manufacture of electric vehicles and wind and solar components, through to the production of critical minerals, such as platinum, green hydrogen and carbon-neutral fuels.

“The financial institutions need to both understand the opportunities and support them. But without an understanding of what to invest in, who to partner with, what other enabling conditions will be needed, these opportunities will simply pass us by,” Yawitch cautioned.

TIPS board member Rudi Dicks added that the Mpumalanga province would be a key region requiring support in light of the fact that the livelihoods of so many workers, communities and small firms were directly or indirectly linked to the existing coal value chain.

In December, organised business, labour, community and government officially signed a social compact in support of debt-laden Eskom that also endorsed the need for a ‘just transition’ for coal workers and communities as the electricity system began transitioning to higher levels of renewable energy and self-generation.

The compact, which at its core endorses the need to reduce Eskom’s unsustainable debt burden, was signed at the twenty-fifth annual summit of the National Economic Development and Labour Council.

Eskom has also established a just energy transition office to investigate the possibility of repowering or repurposing coal stations that would be decommissioned over the coming two decades.

Also in December, President Cyril Ramaphosa appointed members of the Presidential Climate Change Coordinating Commission, which will be responsible for coordinating and overseeing the transition towards a low-carbon and climate-resilient economy.

CDC Group CEO Nick O’Donohoe said that, with a portfolio of 1 200 investments in Africa and South Asia it was well placed to stimulate debate and provide leadership on the concept of just transition financing.

“We know that we can play a role in mobilising capital, we know that capital can play a role in helping to stimulate clean and inclusive growth and support a green recovery from Covid-19. And we have decided that one of the things we can do is to catalyse attention on the just transition and that is why we are catalysing the finance roadmap, starting initially with South Africa and India.”

How do you measure the future?

Mark Carney’s ‘3R’ strategy will make no real difference to the climate transition
Unpacking the Just Transition (Part Three): Saving Leviathan and reconstructing South Africa – the state as solution to our woes
Comment