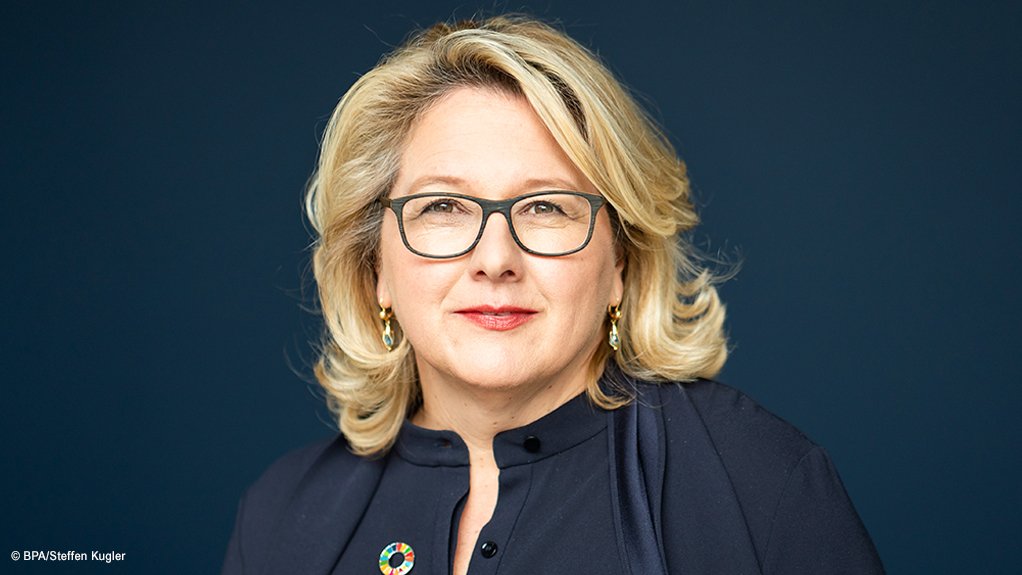 The Just Transition Partnership signed between South Africa and several developed countries in late 2021 has been held up as an example of the type of ‘climate and development partnership’ that the German government plans to pursue both bilaterally and multilaterally as part of a development policy that includes climate action as a core pillar.

In an address to the 2022 edition of the Berlin Energy Transition Dialogue, German Development Minister Svenja Schulze said such partnerships were a “new key element” that Germany was pursuing to support developing countries in their transitions toward climate neutrality and resilience.

“An example of this is the ‘Just Energy Transition Partnership’ concluded with South Africa,” Schulze said, referring to the $8.5-billion partnership offer made to South Africa at the COP26 climate negotiations in Glasgow, Scotland.

Germany’s contribution would be €700-million, or about $780-million.

“In addition to Germany, Great Britain, France, the US and the European Union are also helping South Africa to overcome its coal dependency and avoid up to 1.5 gigatons of emissions over the next 20 years,” she said.

Schulze added that South Africa's role as a regional electricity supplier meant that the partnership could also have an impact beyond national borders.

UK Business Secretary Kwasi Kwarteng also made specific reference to the partnership with South Africa in his address to the Berlin conference, in which he underlined the need for international collaboration to accelerate the shift away from fossil fuels.

President Cyril Ramaphosa has appointed former South African Reserve Bank deputy governor Daniel Mminele to head the Presidential Climate Finance Task Team, which has been established to lead the mobilisation of funds, including the $8.5-billion offered at COP26, for a just transition to a low-carbon economy.

It is understood that South Africa is keen to negotiate highly concessional terms for the debt component of the package, while securing grants for those elements for which funding would otherwise be difficult to source.

It is not yet certain when the first funding will flow, with the offer itself indicating that the finance will be mobilised over the next three to five years.

Ramaphosa told investors this month that the partnership would involve repurposing and repowering some of Eskom’s coal plants, while creating new livelihoods for workers and communities most impacted by the change.

There have also been indications that a smaller portion of the funding could be used to support preparations for the development of a green hydrogen industry and electric vehicle manufacturing.

Schulze said that industrialised countries needed to support countries of the ‘Global South’ to develop in an environmentally and climate-friendly manner, including by supporting their conversion to reliable renewable energy systems.

“My guiding principle is the 'Just Transition' as part of a global structural policy.

“The energy transition must be socially acceptable and for this to happen, all the people affected must be included and benefit from the associated structural change.”

She reported that Germany was working with the G7 partners to establish further climate and development partnerships, while pursuing bilateral partnerships.

“The Federal Ministry for Economic Cooperation and Development is intensively committed to the global energy transition – both in bilateral cooperation with its partner countries and in cooperation with other donors, international organizations, business and science,” Schulze said.

She also made a direct link between Germany’s move to climate neutrality and future peace and security in light of the energy crisis that has arisen since Russia’s invasion of Ukraine, stating that “dependence on fossil fuels is not only a climate policy problem, but also a direct security policy one”.

“The consequence can only be to drive the global energy transition away from coal, oil and gas and towards renewable energies even faster and more consistently.

Australia’s election is a battleground over climate – peteratkins23@gmail.com – Gmail
Climate action by SA could create and support 1.8m green jobs by 2030
Comment