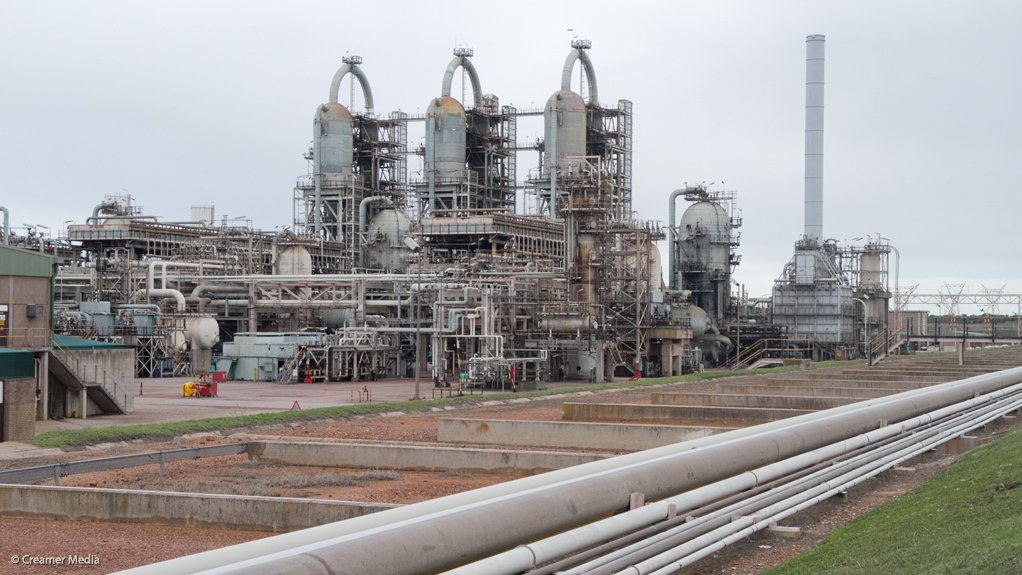 The combination of South Africa’s world-class wind, solar and land resources, its platinum group metals reserves, as well as its historical experience in industrial-scale synthetic-fuel manufacture, position the country strongly for the production of green hydrogen and tradeable synthetic powerfuels, a new report affirms.

These competitive advantages open up major export opportunities potentially worth €160-billion a year, as well as near-term prospects to repurpose PetroSA’s ailing gas-to-liquids refinery in Mossel Bay to produce carbon-neutral aviation fuel and to revive the mothballed Saldanha Steel to produce green steel.

Commissioned through the European Union (EU)-South Africa Partners for Growth initiative and written by the Council for Scientific and Industrial Research’s (CSIR’s) Thomas Roos and Dr Jarrad Wright the report was released on February 9 during a webinar hosted by EE Business Intelligence and the EU Delegation to South Africa and attended by about 1 600 people.

He acknowledged the lack of an overarching hydrogen strategy as a threat to South Africa realising the benefits of the global shift to green hydrogen, but said he was determined to ensure that the right environment, the policy space and the policy levers were put in place to drive the “hydrogen economy in South Africa, with maximum international cooperation”.

In presenting the CSIR report, Roos also highlighted legislative and regulatory impediments to realising South Africa’s green hydrogen and powerfuels potential, including an energy licensing regime that was not geared towards allowing the enormous volumes of renewable electricity required for unlocking the large-scale production of green hydrogen.

The paper highlights that South Africa’s competitive advantages in the production of green hydrogen and associated powerfuels are based primarily on its wind and solar resources, which are superior to those in jurisdictions where demand is set to surge.

Countries in Europe and Asia are keen to use green hydrogen and powerfuels, such as ammonia, methanol and kerosene, to decarbonise so-called hard-to-abate activities such as aviation, road and rail freight transportation and shipping, as well as to produce steel, cement and fertilisers.

The CSIR report argues that there is an opportunity for both Sasol and PetroSA to switch to green powerfuels, whereby the production of hydrogen is based on renewables-powered electrolysis instead of coal or gas. They would then use captured carbon dioxide streams to produce carbon-neutral kerosene for sale into the EU aviation sector.

Roos and Wright concluded that the shorter-term opportunity might lie more with PetroSA than Sasol however, as the smaller synthetic-fuels producer was located at the coast, reducing export logistics costs.

“The plant’s current size and location, coupled with the depletion of the gas wells it is supplied by, makes it ideal for repurposing to produce powerfuels aviation fuel for the European market – and cheaper than building new, or repurposing old, refineries in Europe.”

Likewise, ArcelorMittal South Africa’s mothballed Saldanha steel plant, on the West Coast, could be converted to a direct reduced iron, or DRI, steel plant, supplied by green hydrogen to produce ‘green steel’ that could be shipped to Europe.

“This would provide a new business model for a plant that was unable to compete with cheap Chinese steel supply, and would be synergistic with the Saldanha port, now reconfigured for green hydrogen and powerfuels production and export.”

He noted that, by 2050, the yearly global demand for green hydrogen could be as high as 600-million tons, about 320-million tons of which would be used to produce tradeable hydrogen-based products such as green ammonia, carbon-neutral kerosene and green steel.

Should South Africa secure a global market share of between 5% and 10% for each of these products, Bischof-Niemz calculated that yearly export earnings of €160-billion could be generated. South Africa current gross domestic product is about €300-billion.

Both the CSIR and Bischof-Niemz stressed, however, that South Africa could only capture the opportunity by upscaling its renewable electricity generation well beyond that envisaged in the country’s Integrated Resource Plan for electricity.

In fact, Bischof-Niemz argued that electricity generation from solar and wind would effectively become a by-product of green hydrogen production, as 300 GW of wind and 300 GW of solar would be required to provide the energy required not only to meet its electricity needs by 2050, but to produce the 25- to 30-million tons of green hydrogen yearly for export, mostly in the form of tradable products such as ammonia, aviation fuel and steel.

“South Africa would effectively be beneficiating its sun and its wind,” he explained, adding that the renewables investments required to meet electricity and green hydrogen demand would create 500 000 permanent jobs, before taking account of any other employment opportunities that could arise in the powerfuels production and trading supply chains.