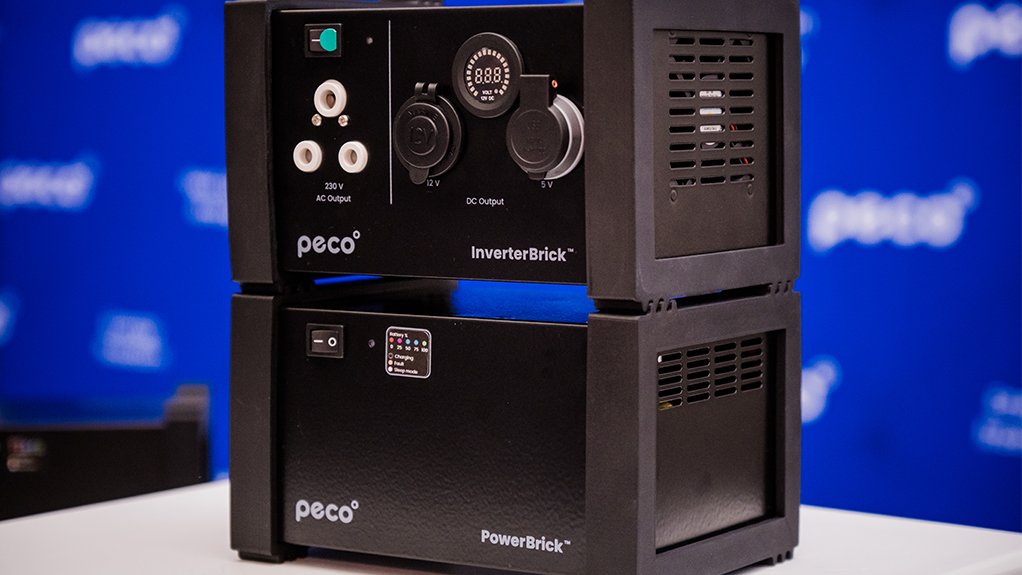 Ahomegrown expandable minigrid solution that researchers at the University of the Witwatersrand (Wits) have been developing, testing and refining for several years has now been fully commercialised to be marketed and sold locally and throughout Africa as the Peco Powerbrick.

The innovation is based on the pioneering work of academics and students at the university’s School of Electrical and Information Engineering who, under the direction of Professor Willie Cronje, have been working on an expandable and affordable offgrid solution for low-income African households since 2014.

The technology is still being assembled at a Wits facility, but is being commercialised through Peco Power, a joint venture comprising impact investment group Umbono Natural Resources, Wits and Cronje and his team of postgraduates.

However, the commercial solution has been adapted for possible use by grid-connected households seeking a cost-effective back-up during load-shedding.

Therefore, the Peco Powerbrick that will be sold at various retail sites across South Africa can be charged from a regular power socket, whereas the original concept was premised on the energy arising from a small solar panel only.

In addition, the original DC microgrid concept has been redesigned and coupled with an off-the-shelf AC inverter, to make it a true plug-and-play solution that can immediately incorporate 220 V appliances, such as fridges, computers, Wifi routers and televisions.

The commercial unit incorporates a built-in lithium-iron-phosphate battery, which makes it relatively light weight, and is guaranteed to provide a minimum of 2 000 cycles, the equivalent of six to seven years of daily use before any cell replacement is required.

Wrigley believes the solution could, therefore, also find a market among those camping or 4×4 enthusiasts seeking a light-weight off-grid solution for when travelling to sites with no or limited grid connectivity.

The main differentiator of the Peco Powerbrick, however, lies in its patented mini-grid technology, which makes the system scalable.

“Inside every single PowerBrick is a mini-grid,” Cronje explains.

“When I plug two PowerBricks together that expands to form one larger mini-grid.”

This modular ‘Lego-block-type’ concept represents a departure from current off-grid power offerings, which are linear in nature.

The result is a power grid that is able to accommodate multiple loads by scaling up the power and battery components in line with a household’s energy needs and/or financial means.

Wrigley anticipates that the initial sales impetus is likely to arise from South African households seeking a system that is able to keep cell phones charged, Wifi routers on, and computers powered for two- to three-hour load-shedding stints.

However, he stresses that the original vision of providing an affordable solution for the 100-million African households without access to electricity remains firmly intact.

To service that market, Peco Power is aiming to partner with nongovernmental organisations (NGOs) or faith-based communities in deploying the system through a “community franchise model”, whereby the franchisee rents the system out to communities that are unable to afford the upfront cost of the system.

“For approximatel R350 000 you can set up a franchise with 100 Peco Powerbricks.

“If those units are then rented out at R100 a month, the franchisee would generate a R10 000 monthly income, while 100 households would have access to affordable power,” Wrigley says.

“By deploying that model on a massive scale together with trusted partners, such as NGOs or faith-based institutions, we believe community franchises could flourish and have a transformational impact on communities by delivering electricity and creating new income and job opportunities.”