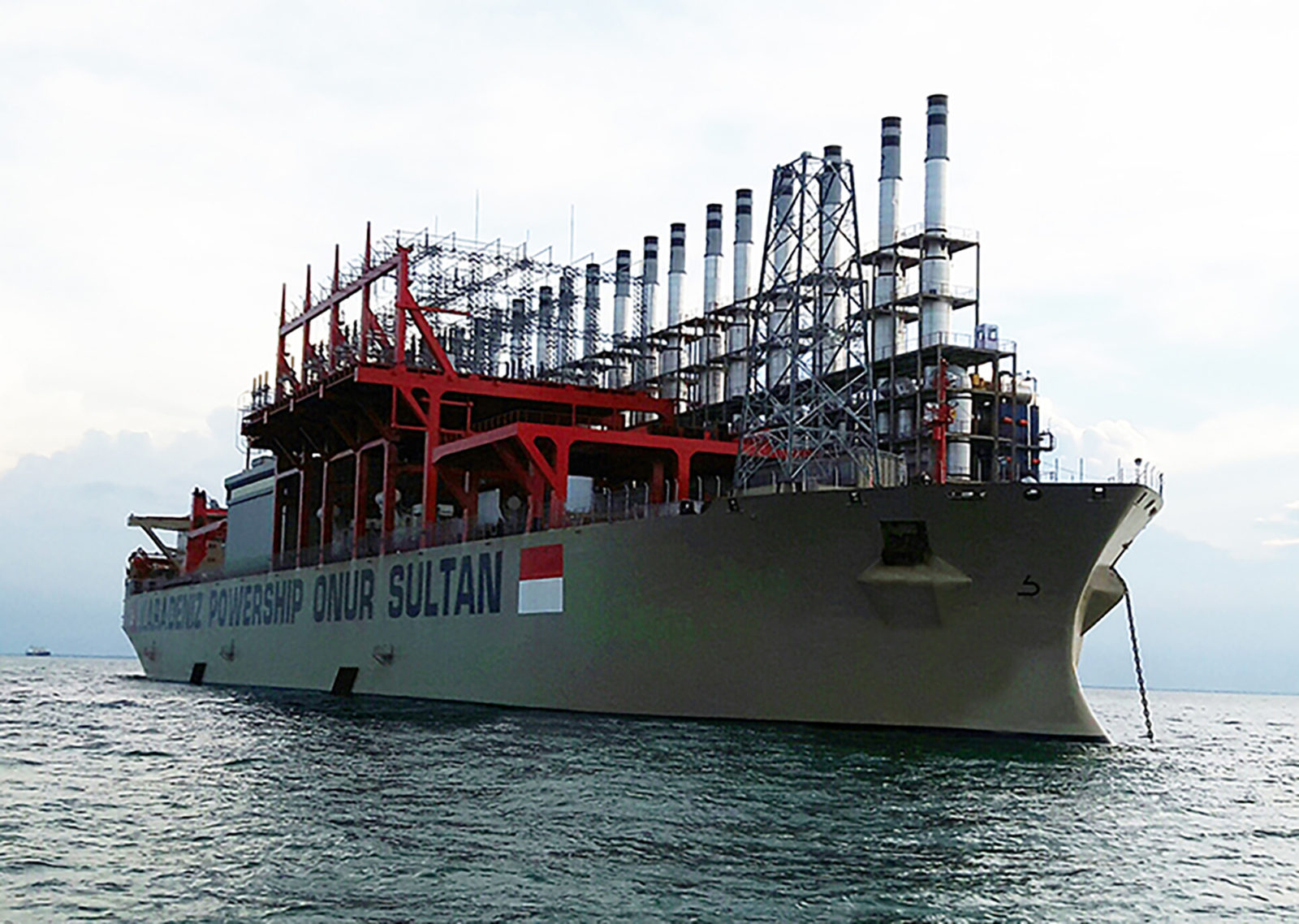 A Turkish company is still pushing ahead with plans to supply South Africa with up to 1,500MW of electricity by docking up to eight powerships and supply vessels in the ports of Richards Bay, Saldanha and Coega. (Photo: Karpowership)  Less

The Turkish company that tried to wriggle out of a mandatory environmental impact assessment (EIA) for its ‘floating power stations’ plan has launched a series of online meetings to consult the public on some of the social and environmental risks that come with the proposal.

It remains unclear how long the floating power ships might remain in South Africa, but the company has confirmed that a successful power purchase agreement with Eskom could run for 20 years.

Two months ago, Daily Maverick revealed that Karpowership bypassed standard EIA regulations by securing an “emergency exemption” from the Department of Environmental Affairs, claiming that extra power supplies were desperately needed to cope with the Covid-19 crisis in hospitals and other essential services.

By securing exemption from normal EIA requirements, the company not only appears to have misled officials, but also gained a head start against other companies bidding for a government power procurement contract that predated the Covid-19 crisis.

When the abuse of the exemption clause was exposed, the Environmental Affairs, Fisheries and Forestry minister Barbara Creecy yanked the emergency exemption and said there was no Covid-19-related electricity emergency – but the company, its consultants and government officials involved in the affair were not sanctioned for apparent violations of environmental laws which provide for stiff fines and jail terms for anyone who “wilfully, knowingly or negligently” provides incorrect or misleading information to the department and environmental management inspectors.

Responding to a question on why the public should trust a company that appeared to have engaged in shortcuts and deception, O’Driscoll insisted that its application for EIA exemption “was not disguised in any shape or form” and his company was committed to following all necessary processes.

At one point during the Covid-19 lockdown, he said, Eskom had implemented Stage 6 load shedding, so power ships could have helped to resolve power shortages at that time.

“But that exemption has been revoked now. We have accepted that and moved on … It’s finished.” 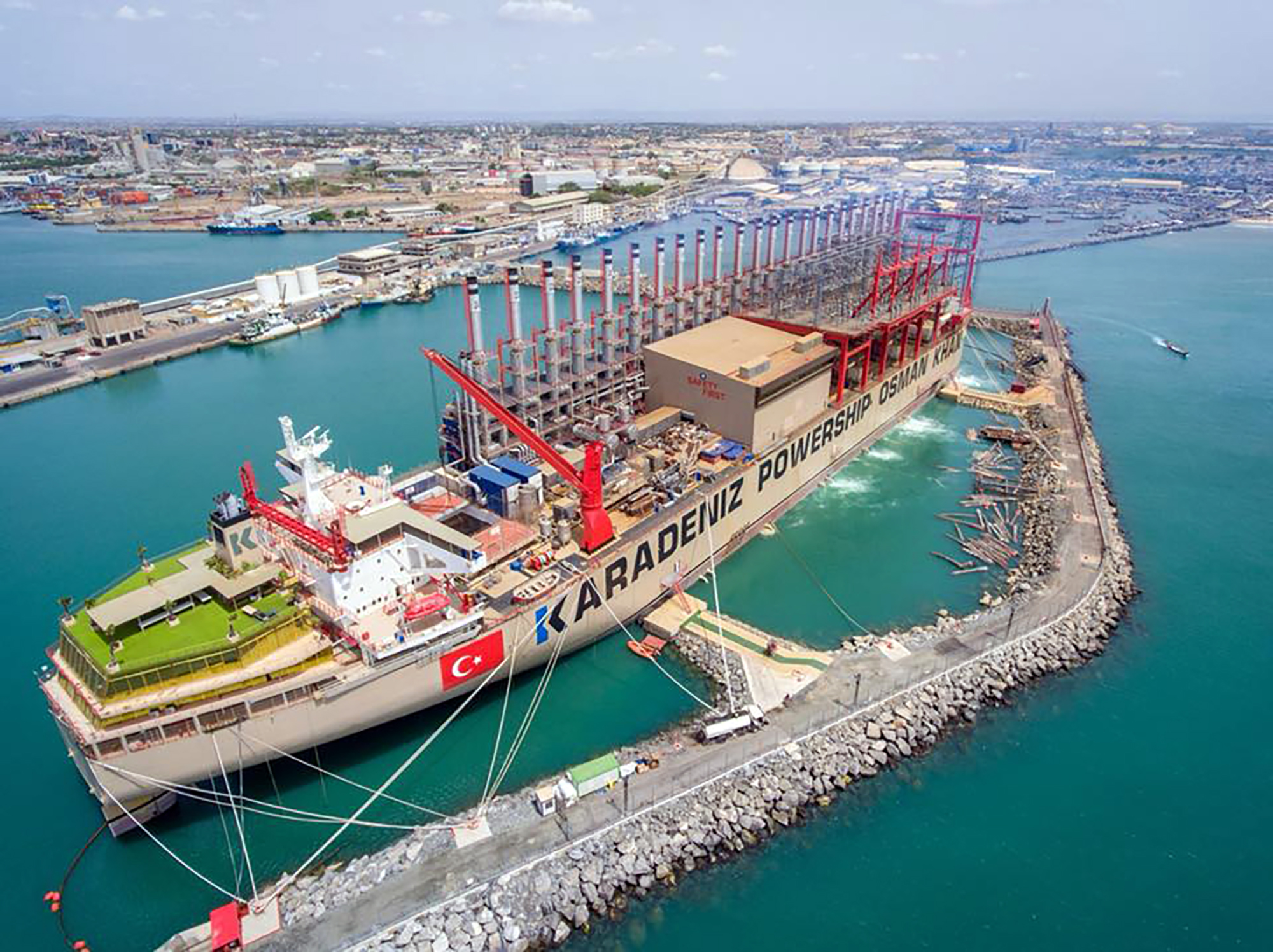 According to background information documents circulated by the company, Karpowership believes that it can provide a safe, economic and “green” supply of emergency power within the space of a few months using part of its global fleet of 25 “floating power stations” – purpose-designed vessels which burn gas, crude oil or diesel in on-board electricity generators.

Because these vessels can be deployed quickly, without the need to build new power-generation plants on land, the company argues that it can relieve continued load-shedding and power supply constraints almost immediately.

Karpowership’s first floating power stations were deployed to Iraq 10 years ago, followed soon afterwards by deliveries to other nations where power supplies had been ravaged by war and economic collapse, such as Lebanon, Mozambique and Sudan.

However, the proposal to add South Africa to this list has raised several question marks around social, financial and environmental impacts – notably South African’s pledge to shift towards more climate-friendly and renewable energy solutions such as wind and solar power.

Shortly after the government announced plans to source up to 3000 MW of “risk mitigation” power supplies in December, concerns emerged that the new procurement contract was carefully tailored to suit the power ships option rather than solar or wind options.

The global corporate law firm Norton Rose Fulbright noted that the government had given assurances that the power procurement process would be “technology-agnostic”.

However, Norton Rose Fulbright said its analysis suggested that the initial proposal “seems to be bespoke for procurement of emergency generating power from power barges, to the potential exclusion of any other electrical energy generation technology”.

Noting that large solar PV or wind energy projects typically take at least one year to approve and build, and often require 20 or more years of operations to be financially feasible, it appeared that floating power barges were the only suitable technology to meet government’s advertised specifications.

The legal firm said the power barge option also raised questions around whether there would be sufficient supplies of liquid natural gas available in South Africa to supply floating power stations, or whether supplies would have to be imported. 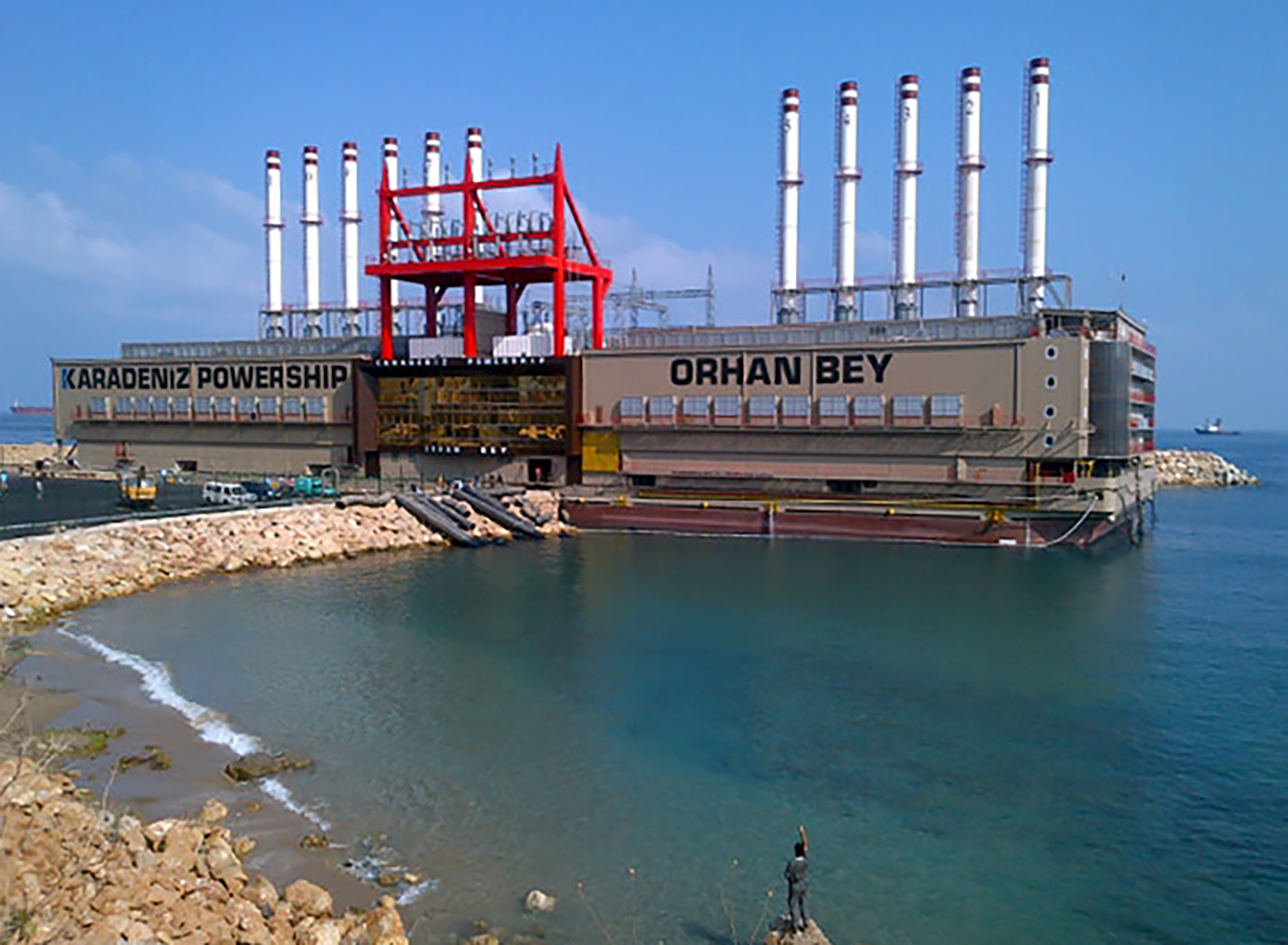 Karpowership’s first floating power stations were deployed to Iraq 10 years ago, followed soon afterwards by deliveries to other nations where power supplies had been ravaged by war and economic collapse, such as Lebanon, Mozambique and Sudan. (Photo: Karpowership)

Avena Jacklin, climate and energy justice campaign manager at groundWork, said the watchdog group was already overwhelmed by the number of fracking and other gas-related development applications on land and in the sea around South Africa, and was running short of legal capacity to respond to so many applications.

“The big question is ‘where is all this gas going to come from?’ and what will we do with all this gas infrastructure in 2030? Who will pay for liabilities including foreign subcontracting companies in the event of disasters and abandoned operations? Will we ever see ‘closure’ in new gas extraction? Financially, socially and environmentally it does not make sense,” she argues.

“Government has been trying to present gas as ‘renewable and green’ and ‘cleaner than coal’ without consideration of South Africa’s high greenhouse gas emissions or moving to a low carbon economy. It is also not a jobs driver since gas is specialised and requires special skills.”

The five power ships generate electricity while the other three vessels – known as Floating Storage Regasification Units (FSRUs) – convert liquid gas supplies into a gaseous form before being pumped to the power ships for burning.

Karpowership documents show that the floating power stations can be fuelled by either natural gas, diesel or heavy fuel oil – which all have different air pollution properties. All the preliminary modelling of air pollution impacts in the three harbours has been based on gas as a fuel source – excluding impacts associated with burning diesel and heavy fuel oil (considered to be among the dirtiest liquid fuel options).

Asked whether he could rule out the possibility of heavy fuel oil being burned as an alternative if natural gas supplies were to run short, O’Driscoll said: “In the current market, we believe liquid natural gas is the most economical and sustainable way forward … There will be no operations on heavy fuel oil,” he stated.

While there were other companies in Richards Bay that handled dangerous goods, the modelling assessments had incorporated all harbour operations, including possible ‘domino effect’ explosions at other companies.

Other risks that remained to be assessed in further detail included the ecological effect of pumping heated water into Richards Bay harbour. This is because the power ships suck up seawater to cool the gas turbines and then discharge hot water back into the harbour waters.

Marine ecologist Dr Robin Carter told one of the online meetings that while there would be a general increase in water temperature close to the vessels, the potential impacts on sensitive marine life could be reduced by discharging heated water into deeper and colder water.

“We will be looking at whether there could be lethal or sub-lethal effects on biota to determine whether it becomes a critical disturbance.”

Tandi Breetzke of Coastwise Consulting noted that Richards Bay was considered to be a nationally important feeding and nursery area for sea fish and other marine organisms and that concentrated brine (salt) water discharges from the powerships’ cooling water effluent might need to be diluted to reduce harmful impacts.

At a broader level, Frack-Free South Africa campaigner Judy Bell is worried that the Karpowership project – along with several oil and gas exploration ventures currently under way over large parts of the Karoo, the KZN Midlands and Drakensberg and in the sea off South Africa – will further entrench fossil fuel use and exacerbate the global climate crisis at a time when the country should be moving faster towards non-polluting and renewable energy resources.

Karpowership consultants say the draft environmental scoping report will be available for public comment until Friday 6 November, and this will be followed by a separate EIA process and atmospheric pollution licence application. More information is available here. DM/OBP

Eskom’s debt burden is sidestepped in a cascade of plans to revive South Africa’s economy
From ‘unbearable to unliveable’: The case for ‘ra…
Comment