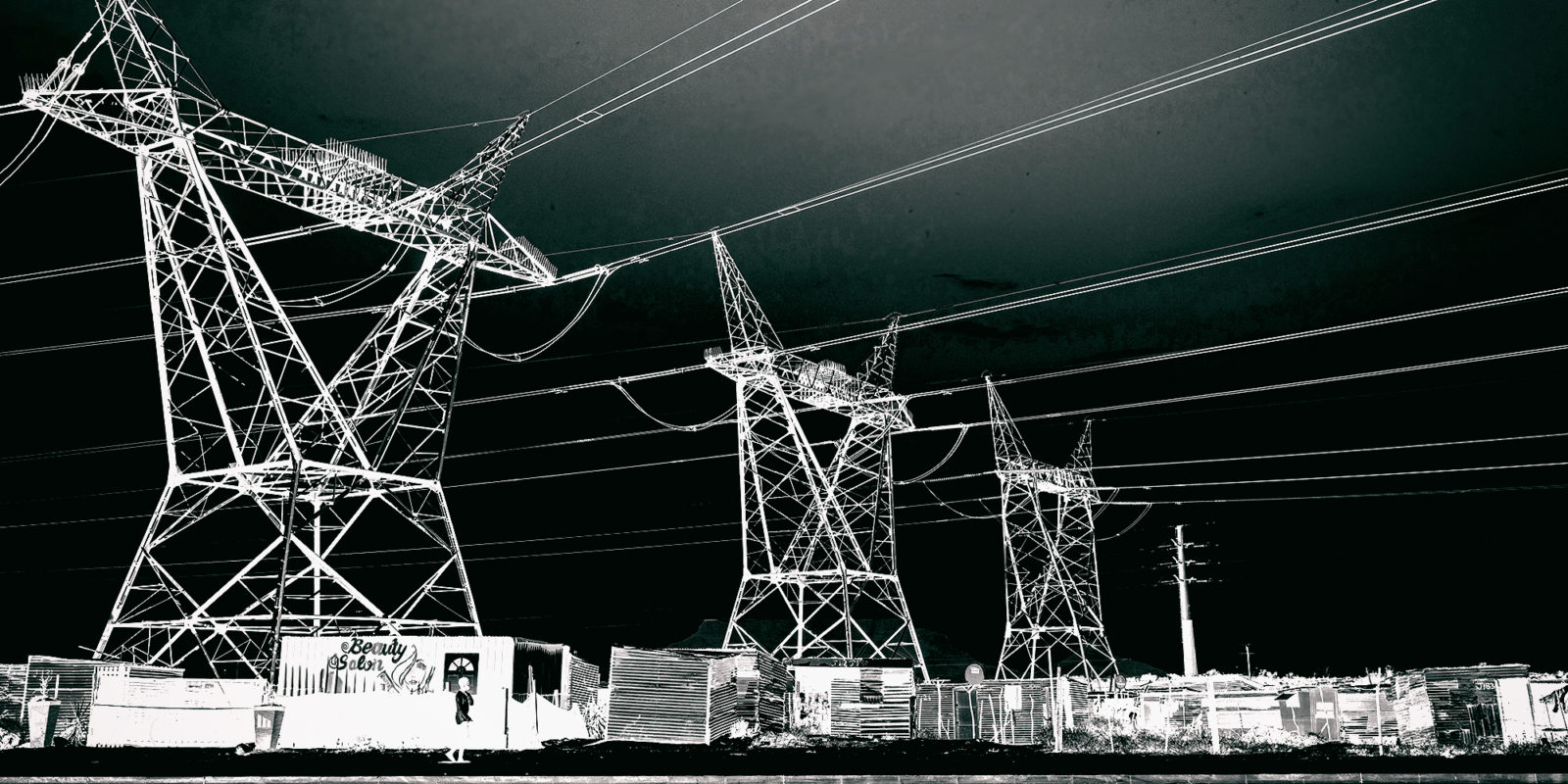 After a series of court cases, the Supreme Court of Appeal ruled in December 2020 that Eskom did not have the right to cut power to defaulting municipalities. (Photo: Dwayne Senior / Bloomberg via Getty Images)  Less

One of the major threats to our nation’s future is Eskom’s financial hole – its crippling debt impairs its ability to generate enough electricity to keep the economy going. To make matters worse, the Supreme Court of Appeal recently denied Eskom the legal authority to cut off the municipalities that owe money for the electricity they have on-sold to consumers.

Amid the chaos of a terrible ending to a terrible year, one important judgment passed almost unnoticed. Issued on 29 December, it was a ruling that solves nothing because the underlying problems are too deep-seated and will require national government intervention.

The roots of the R30-billion that municipalities owe to Eskom go back at least 16 years. In fact, one of the councils in this case first started to fall behind on its payments just two years after it came into existence, in 2002.

In the main, these were ANC-controlled councils. For years, Eskom appeared to take a relatively soft line. For various reasons it only started cutting off electricity to councils that had not paid about two years ago.

After a series of court cases, the Supreme Court of Appeal ruled in December that Eskom did not have the right to switch off the councils that it had just switched off.

At first glance, this ruling appears to significantly weaken Eskom in its quest to collect the money it is owed. It is clear that it used switching off municipalities and the threat of this to strong-arm them into paying their bills. In each case, these councils had first signed an acknowledgement of debt, and then an agreement to pay back the money, and subsequently failed to live up to that agreement.

Eskom’s lawyers made the point that if the power utility was not paid by councils for the electricity it sold them, then its ability to supply the entire country would be at risk. In other words, if it was not paid for the power it produced, it would not be able to produce that power.

However, the judges also found that if Eskom were to cut off these councils, then the councils themselves would be unable to provide any electricity services to consumers. As Eskom is an organ of state it would then be preventing other organs of state from fulfilling their constitutional obligations to provide these services.

This goes further than simply the provision of electricity. If a council has no power, it cannot manage a water or sewage water system properly, and health and many other services cannot be provided. This hits citizens in the municipality hard.

Judges also had two other problems with Eskom’s arguments.

The first, on a technical level, was that it had taken too long to recover the debt, and should have acted earlier. In fact, it turns out Eskom has a legal obligation to recover the money that it spends on electricity.

Second, Eskom could not show that by switching off these councils they would suddenly be able to repay their debts. This action would not result in the money being repaid and thus was not a viable option if the end goal was to indeed recoup the money.

There is plenty of blame to go around for this situation.

First, it would seem possible that Eskom did not act on this issue until recently because most of the councils that owe it money are controlled by the ruling ANC.

Second, the evidence shows that the top management at Eskom was heavily involved in State Capture and perhaps had no interest in managing this situation.

Many councils countrywide give the impression of being on the verge of falling apart. This week, the SA Municipal Workers’ Union and the EFF demanded that the Amathole District Municipality in the Eastern Cape be taken into administration after it said it could not pay its workers.

However, the real problem has never been at Megawatt Park, but rather the political governance in the councils themselves.

Every time a mayor or a speaker spent R1-million on a fancy car, that was R1-million that was not spent on paying back money to Eskom. Corruption and misgovernance in municipalities are well-documented. In some cases, elected officials used patronage to fill positions or to keep winning elections. In others, there was simply no interest in making the hard governance decisions required to keep councils running.

The councils knew Eskom was unlikely to cut them off, so they kept deferring their debt.

For some of these elected officials, there may well be less need to act urgently now, as it appears less likely that Eskom will ever be able to cut them off.

And yet there has been no intervention, despite the fact that the Mpumalanga Provincial Government and the energy minister were both included as parties before the court.

What is clear is that these councils have no hope of ever repaying this debt.

In the meantime, the SA Local Government Association’s (Salga) Head of Energy, Nhlanhla Ngidi, says that councils alone cannot be blamed for this. He points to the structure of the councils (some are simply too small to be able to provide a proper revenue base that can sustain them) and other issues that mean they cannot resolve this problem themselves.

He points out that councils themselves are owed billions of rand by people who have not always paid their municipal bills. Considering the scale of the problem of illegal connections, he must be correct.

Many councils countrywide give the impression of being on the verge of falling apart. This week, the SA Municipal Workers’ Union and the EFF demanded that the Amathole District Municipality in the Eastern Cape be taken into administration after it said it could not pay its workers.

Ngidi also points out that Salga is part of the government’s Eskom Task Team that is supposed to be resolving all of the financial and other problems at the utility.

Any solution is going to require a grand bargain involving massive write-offs and a huge amount of money. Eskom’s total debt is at least R450-billion. It may be tempting for the government to include municipal debt in any solution to that problem.

While there will be critics of this who might feel that elected politicians and some citizens are getting away without paying their debt, in the end, there may be no other solution.

The only alternative may be for this situation, and the debt, to get even worse, even as many feel the situation is impossibly bad already. DM

Should We Spend $1 Trillion A Year On This Climate Technology? We May Have To. | HuffPost
Demand Side Management potentials for mitigating energy poverty in South Africa
Comment