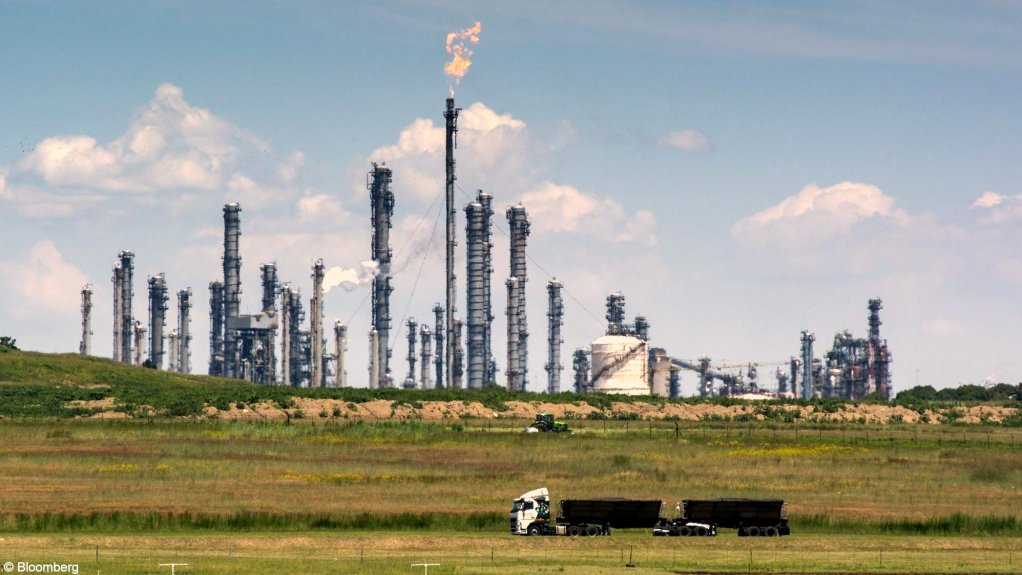 The Secunda coal-to-liquids plant in Mpumalanga.

Sasol got a R8.1-billion profit boost last year thanks to the country’s fuel subsidies and its exemption from a South African carbon tax, according to the International Institute for Sustainable Development.

In a report, the institute says that Sasol’s proprietary coal-to-fuel technology is a significant source of greenhouse gases from its Secunda plant yet it still benefits from government policy on emissions and fuel price regulation. The company’s biggest shareholder is the fund manager that oversees state worker pensions, the Public Investment Corporation.

The fuel and chemicals company received a carbon tax exemption of R6.5-billion last year, as well as R1.6-billion in direct subsidies through South Africa’s regulated fuel price, according to the report. The researchers were unable to calculate Sasol’s production cost versus fuel refined from crude oil, but note the process of using coal creates 2.5 times more emissions than the conventional method per unit produced.

Sasol is South Africa’s second-biggest producer of greenhouse gases after the State power utility, Eskom Holdings. Secunda, which supplies about a third of the motor fuel produced in South Africa, is the world’s biggest single-site emitter of the pollutants.

The company and South Africa’s energy and environment departments didn’t immediately respond to requests for comment.

Sasol plans to reduce greenhouse gas emissions by at least 10% by 2030. The company is seeking bids for two 10-MW solar power plants and recent asset sales, spurred by a need to cut debt, will reduce its total emissions.

Still, the subsidies are hindering efforts to move the country’s transportation sector away from reliance on coal, according to the group, which is based in Canada and funded by a number of governments, United Nations’ agency and private sector donors.

The Ministry of Transport in South Africa should focus on aligning energy policy with social and environmental objectives, which “will promote a shift to cleaner energy sources and gradually reform pricing policies to stop subsidies,” the report recommended.

From ‘unbearable to unliveable’: The case for ‘ra…
Solar ‘new king’ of electricity, but shift to net zero will require ‘unwavering efforts from all’
Comment