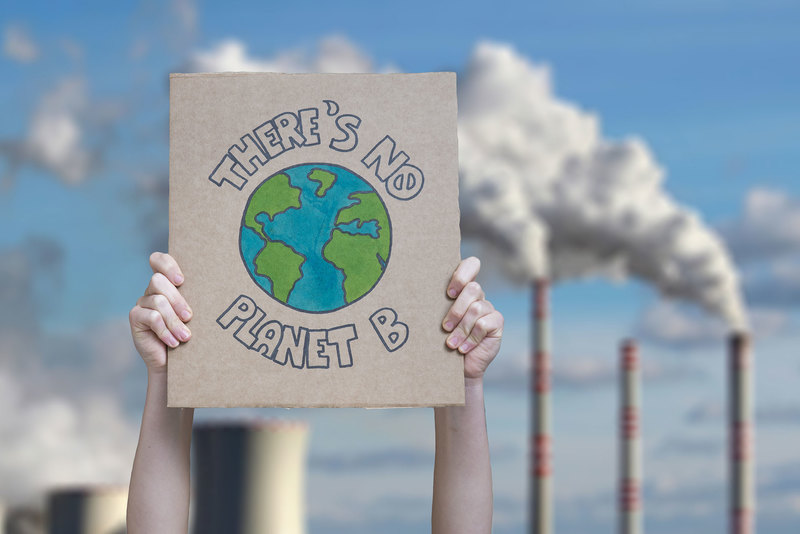 The Climate Transparency Report highlights key issues, including areas of opportunity and concern about the fact that South Africa is not on track to achieve the 1.5°C goal of the 2015 Paris Agreement.

The report highlights key issues, including areas of opportunity and concern about the fact that South Africa is not on track to achieve the 1.5°C goal of the 2015 Paris Agreement.

With its headquarters in Germany, the Climate Transparency organisation brings together some of the most authoritative climate assessments and expertise of stakeholders from G20 countries. They work together to develop a credible, comparable and exhaustive picture on G20 climate action performance.

The annual report includes detailed and standardised fact sheets or profiles on all G20 countries.

“The report allows us to see what is happening year-on-year, to monitor improvement and provide transparency across different indicators.”

The aim, said Caitlin Bergh, a researcher at ESRG, is not only to monitor progress and challenges, but also to increase awareness and peer pressure among policy-makers and stakeholders from G20 countries, and influencers from civil society and the financial sector on a national and international level.

“The report allows us to see what is happening year-on-year, to monitor improvement and provide transparency across different indicators so that we can measure and compare what different countries are doing, who is getting it right and who is not. It’s an important and interesting project to be involved in,” she said.

Based at UCT’s Department of Chemical Engineering, the ESRG combines modelling of energy and economic systems with policy analysis and field-based research to generate and enhance knowledge of energy systems at sectoral, regional, national and sub-continental scales with a focus on South Africa and the Southern African Development Community region.

As such, the group is perfectly positioned and fully equipped to provide the necessary information for the South African profile.

“The standout feature of the 2020 South African profile is that our greenhouse gas [GHG] emissions increased by 43% between 1990 and 2016,” explained Bergh. “This, set against government’s climate targets for 2030, means the country is not on track to realise the 1.5°C goal.”

In addition to finding that South Africa’s per capita GHG emissions are above G20 average, the ESRG underscored the country’s vulnerability to climate change, as indicated by pointers such as droughts and the reduction of crop rotation in agriculture.

“Phasing out coal is seen as the number one opportunity for climate action.”

However, while the findings show that South Africa is lagging in several indicators, the report does not only focus on the deficiencies; it also highlights opportunities for expediting change.

“Fossil fuels continue to provide for around 92% of South Africa’s energy mix, which is one of the highest in the G20. In fact, the country’s emissions intensity of the power sector is almost double that of the G20 average,” said Bergh.

“As such, phasing out coal is seen as the number one opportunity for climate action. With the cost of renewable energy reducing, that is where we should be focusing our attention. However, we also know that the transition from coal to renewables needs to be just and that we have to take into account socioeconomic issues that are critical to this country and its people.”

South Africa, she reiterated, has high levels of poverty and unemployment, and has explicitly recognised a just transition as a priority in national policy and its nationally determined contribution (NDC).

“We would have to adopt a plan to phase coal out while supporting the communities affected by retiring aging coal plants and mines.”

The ESRG believes that the submission by South Africa of a revised NDC with more ambitious targets is a further opportunity to improve the country’s impact on climate change.

“Another key finding of the report was that we need to look towards more electrified vehicle systems run by renewable power for public transport,” said Bergh.

According to the report, per capita emissions from transport in South Africa are decreasing, while in the G20 they are increasing. In this country, 45% of passenger transport is by private car, and 85% of freight transport is on the road. Both sectors are still dominated by fossil fuels, and electric vehicles make up only 0.04% of car sales.

To achieve the Paris Agreement goal of a 1.5°C limit, passenger and freight transport needs to be decarbonised.

Although emission from energy used to heat buildings in South Africa is less than many other G20 countries, the country’s direct building emissions make up 15% indirect emissions and, per capita, building-related emissions are just slightly above the G20 average.

Comprehensive information in one place

As is the case with the Climate Transparency fact sheets provided by the other G20 countries, the 20-page South African profile provides a comprehensive overview of how the country is doing on the journey to transition towards a low-emissions economy.

The report draws on the latest emissions data and covers all relevant indicators on decarbonisation, climate policies, finance and vulnerability to the impacts of climate change.

“The Climate Transparency report provides a wealth of knowledge. You’ll find a full account of the opportunities available, and information on how climate change is being addressed and what the most vulnerable sectors are. It also covers adaptation policies and mitigation across industries, and provides an overview of energy and what the energy mix looks like in terms of emission contributions,” said Bergh.

“Importantly, given that information is standardised across all the G20 country profiles and presented in a uniform manner, comparing data is simple.”

“There’s information on the status of decarbonisation, policy assessment industry emissions, land use and finance, and how we finance carbon price and carbon tax. Importantly, given that information is standardised across all the G20 country profiles and presented in a uniform manner, comparing data is simple.”

Included in the 2020 fact sheets are reports on responses to the COVID-19 crisis.

“Although South Africa is fortunate to have a pro-climate government, particularly compared with some other countries, and we have good dialogue with government around climate change, our findings around the COVID-19 stimulus package indicate that while it was large – nearly 10% of South Africa’s gross domestic product – it could have been greener,” she said.

The ESRG will hold a discussion about the South African version on 25 November. For more information on this event, email energysystemsgroupUCT@gmail.com or keep an eye out for details on the ESRG website.

Access the full report and the South African and other G20 country profiles.

This work is licensed under a Creative Commons Attribution-NoDerivatives 4.0 International License.