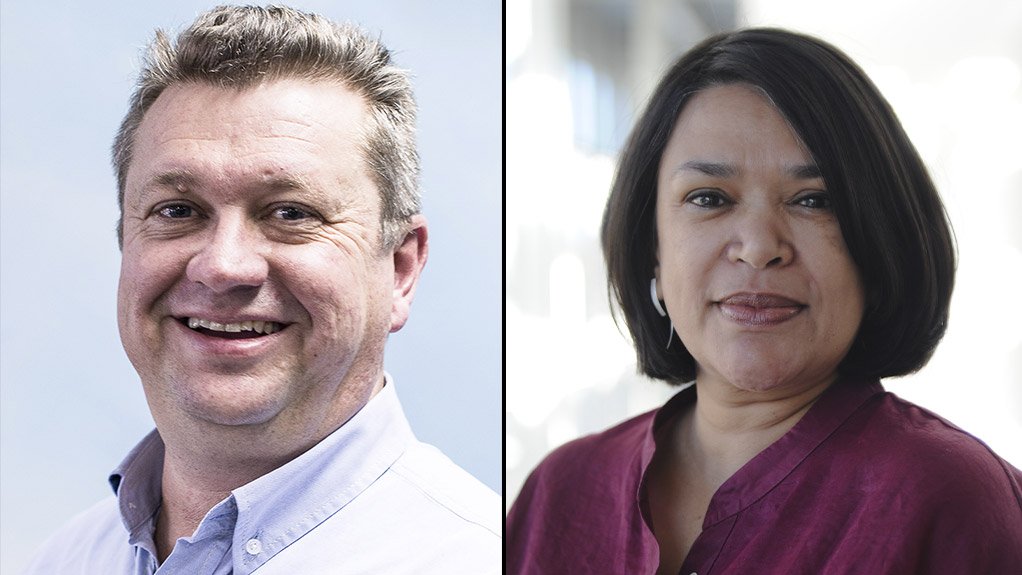 In this article, South African Independent Power Producer Association (SAIPPA) members Tommy Garner and Brenda Martin outline the organisation’s approach to the energy transition and explain the programme it is launching to manage the transition.

At the 2009 Copenhagen climate summit, following extensive domestic policy development based on the key objective of introducing renewable energy into the energy mix, President Jacob Zuma pledged to reduce South Africa’s greenhouse gas emissions by 34% by 2020 and 44% by 2025. Back in South Africa, on the eve of the summit a Green Economy Social Accord had been signed by government, labour and business, committing all to achieve 300 000 green jobs by 2020. Given the significant emissions associated with national energy supply, the Copenhagen commitment signalled to the world that South Africa was committed to achieving an energy transition.

Many practical mitigation efforts have confirmed South Africa’s transition pathway in the intervening ten years. Two important first steps on this path were: the Integrated Resource Plan of 2010 (IRP2010) which committed to significant growth in renewable-energy investments and the subsequent launch of the national procurement programme for renewables, the Renewable Energy Independent Power Producer Procurement Programme, or REIPPPP.

While it is hoped that an update of the IRP2010 will finally be released this year, the comprehensive work of achieving energy transition has become even more urgent and complex. Going beyond the need to meet climate objectives in South Africa today, more affordable, clean energy production is also expected to address growing unemployment, poverty and inequality.

Drivers of the Global Energy Transition

The Intergovernmental Panel on Climate Change has warned that in order to limit average temperature rise to under 2 °C above preindustrial levels, we not only need to reverse the record-breaking emissions growth trends of the past three decades, we also need to approach zero net emissions globally, within the next three decades.

It is very likely that South Africa will be required to do its bit to support the increased global effort to achieve tough emissions targets by increasing its mitigation efforts within the next decade or two. Future nationally determined commitments will have to be far more ambitious than they currently are – in order to limit human suffering.

While renewable-energy technologies are increasingly recognised as ‘least cost’ as well as necessary to the achievement of national mitigation goals, the economy’s relationship to centralised coal-fired power supply has deep roots. Coal has made major contributions to economic growth and in the process has created hundreds of thousands of jobs. Achieving the South African energy transition will have significant effects on the economy and on people.

The national energy transition and the introduction of independent power producers (IPPs) in general, is increasingly contested as unjust and unaffordable. It is argued that IPPs threaten coal jobs across the value chain and also that imposing climate imperatives on a still-developing economy is ‘unfair’. On the other hand, banks are no longer willing to risk financing large coal-based infrastructure investments.

Unfortunately, there is no arguing with a rapidly changing global climate. In addition, current market realities such as Eskom’s financial crisis, the ability of IPPs to produce power more affordably and the growing body of evidence pointing to the job-creating potential associated with comprehensive supply shifts to renewable energy, only increase the need and urgency to ramp up the energy transition.

In South Africa’s power supply system under transition, which is currently exposed to the many risks associated with the vertically integrated national monopoly utility Eskom, and in anticipation of market restructure taking place, the role and contribution of IPPs will become increasingly important. IPPs are aware of the short-term employment effects on coal workers and SAIPPA is therefore introducing a balanced, inclusive, action-directed programme which seeks to balance sufficiently ‘rapid’ and ‘just’ achievement of the South African transition.

SAIPPA’s energy transition programme will aim to improve common understanding of the unique transition-related contributions that can be made by IPPs to meeting national developmental and climate objectives.

As the only technology-agnostic industry association for IPPs in South Africa, SAIPPA is committed to drawing together actors across the spectrum of energy supply in South Africa, to contribute to the national debate and to ensure that optimal IPP contributions to the transition are realised.

In alignment with its mandate, the SAIPPA energy transition programme will be technology-agnostic. Priority will be given to inclusive consideration of both the challenges and the opportunities of transition, particularly as these relate to employment, transformation and local supply chains.

Case studies will be developed in order to take into account social effects of the theoretical technical forecasts of opportunities for development within the transition, and all knowledge generated will be shared widely. SAIPPA will also keep abreast of the work being done by others on this topic and will welcome partnerships that align with our interest in a balanced, goal-directed approach of enquiry and understanding.