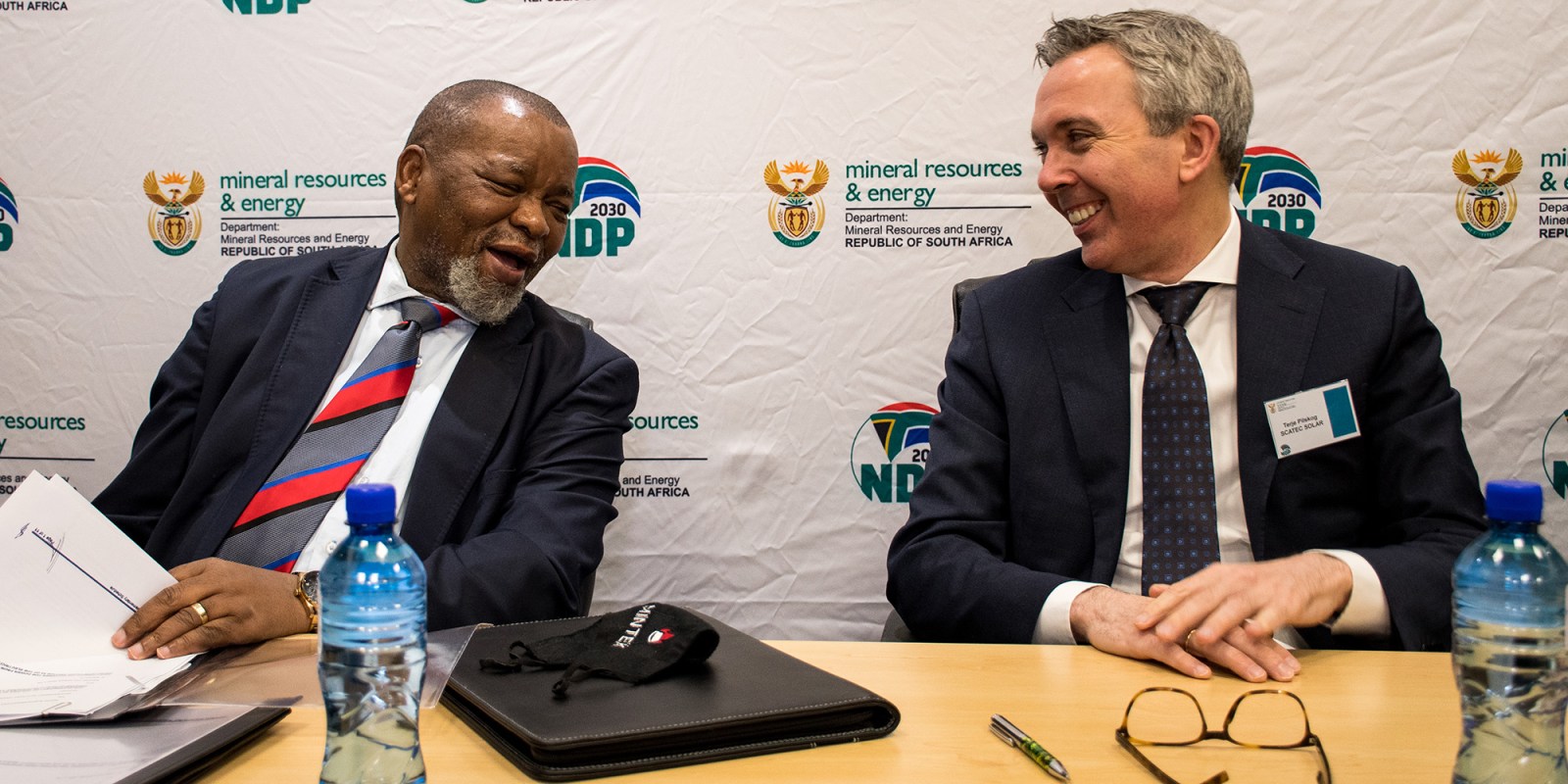 The agreements were dubbed ‘landmark projects’, considered to be the largest renewable projects of solar and battery combined technologies in the world.

“Leave the issue of environmental challenges to environmentalists. They will take us to court, allow us [the Department of Mineral Resources and Enertgy] to go to court… Eskom must not enter that space. They must take up energy. That’s it.”

This was said by the minister of mineral resources and energy, Gwede Mantashe, at the signing ceremony of the first three power purchase agreements (PPAs) under the Risk Mitigation Independent Power Producer Procurement Programme (RMI4P) in Centurion, Gauteng, on Thursday.

Mantashe was addressing Eskom CEO André de Ruyter, emphasising that Eskom should focus solely on energy generation, and not let environmental concerns stop it from having procurement in a range of energy technologies like gas and nuclear.

The three power purchase agreements (PPAs) of the RMI4P, signed at the Independent Power Producers (IPP) offices in Centurion, were dubbed “landmark projects” as they are considered to be the largest renewable projects of solar and battery combined technologies in the world.

The RMI4P was introduced to the market in August 2020 and aimed to close the immediate energy supply gap, as indicated in the 2019 Integrated Resource Plan, and reduce the extensive use of diesel-based peaking electrical generators in the medium to long term.

The RMI4P had a target of procuring 2,000 megawatts (MW) of new generation capacity from different generation projects.

Of the 11 PPAs awarded to preferred bidders in March and June 2021, three of the projects have now been signed, which saw Norwegian renewable energy company Scatec enter a 20-year agreement with Eskom to dispatch 150MW (all projects are 50MW each) to the national grid, between 5am and 9.30pm daily.

Bernard Magoro, the head of the IPP office, called the RMI4P a “long journey” — the bid window was opened to the market in August 2020, and now, nearly a year after all the preferred bidders were announced, some of the PPAs are being signed into agreement.

Delays can be attributed to ongoing litigation and administrative problems, such as three gas-fired projects failing to secure environmental permits to operate and red tape put up by the National Energy Regulator of SA (Nersa) delaying renewable projects.

De Ruyter said at the signing ceremony: “This is unique technology in that for the first time we now have dispatchable renewable energy thanks to a combination of solar and batteries. 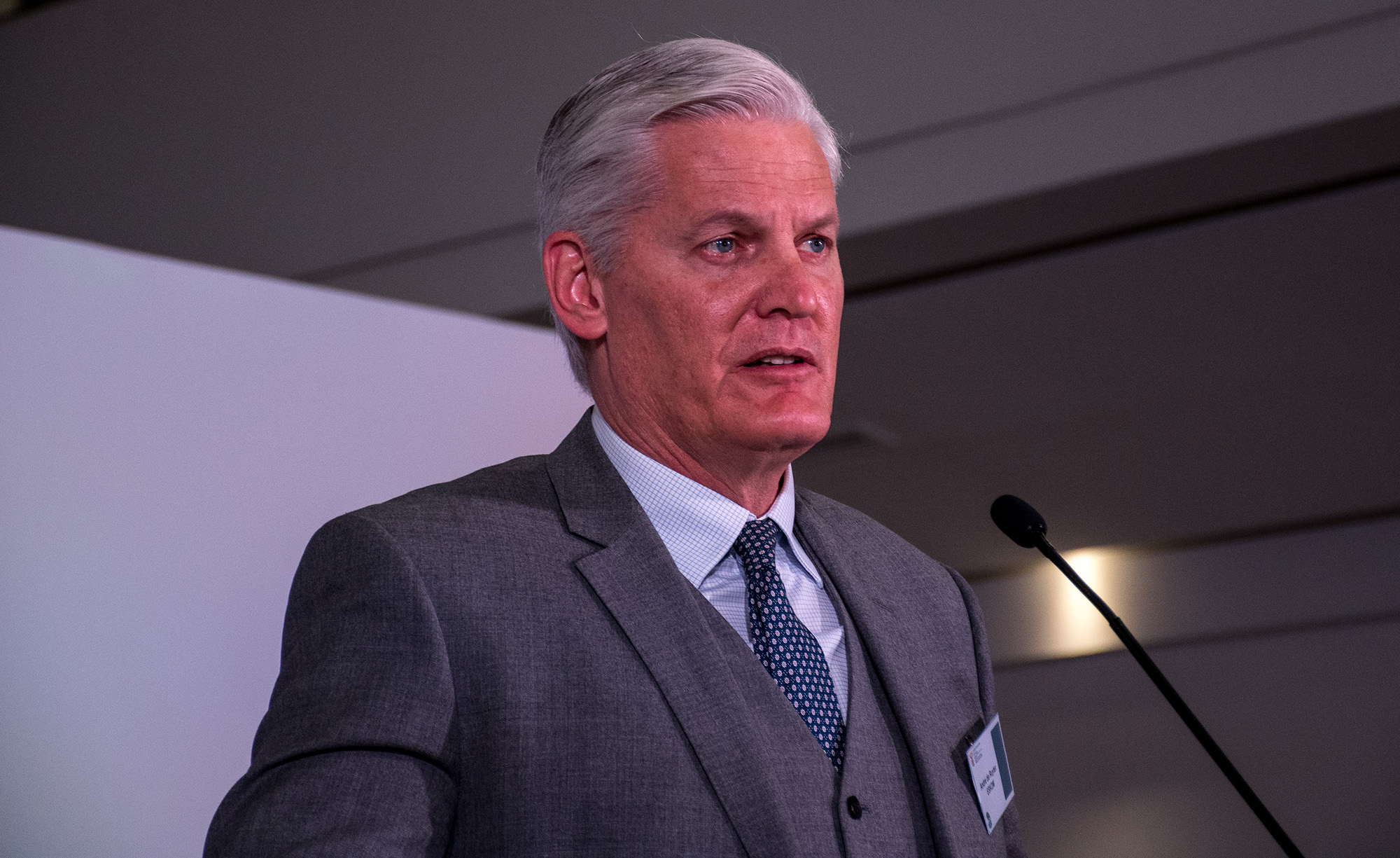 “And this addresses one of the key challenges of renewable energy in that, typically, without storage, they are self-dispatching.”

Jan Fourie, Scatec’s general manager for Sub-Saharan Africa, told Daily Maverick that to his company’s knowledge their project would be one of the biggest solar photovoltaic (PV) and battery projects on the planet.

“So I think it takes away the argument that renewables are intermittent.”

The “landmark” projects will be built in the Northern Cape 12-18 months after the financial close (3 August 2022) and have an installed capacity of 540MW of solar PV capacity and 1.1GWh of battery storage.

Mantashe said that while he was excited about the contribution these projects will make, “I want a bigger contribution”, and the process of building generators needed to be reviewed and shortened to address the urgent issue of load shedding.

“We must find a formula of cutting that process out and make it easy to do business in South Africa,” said Mantashe. 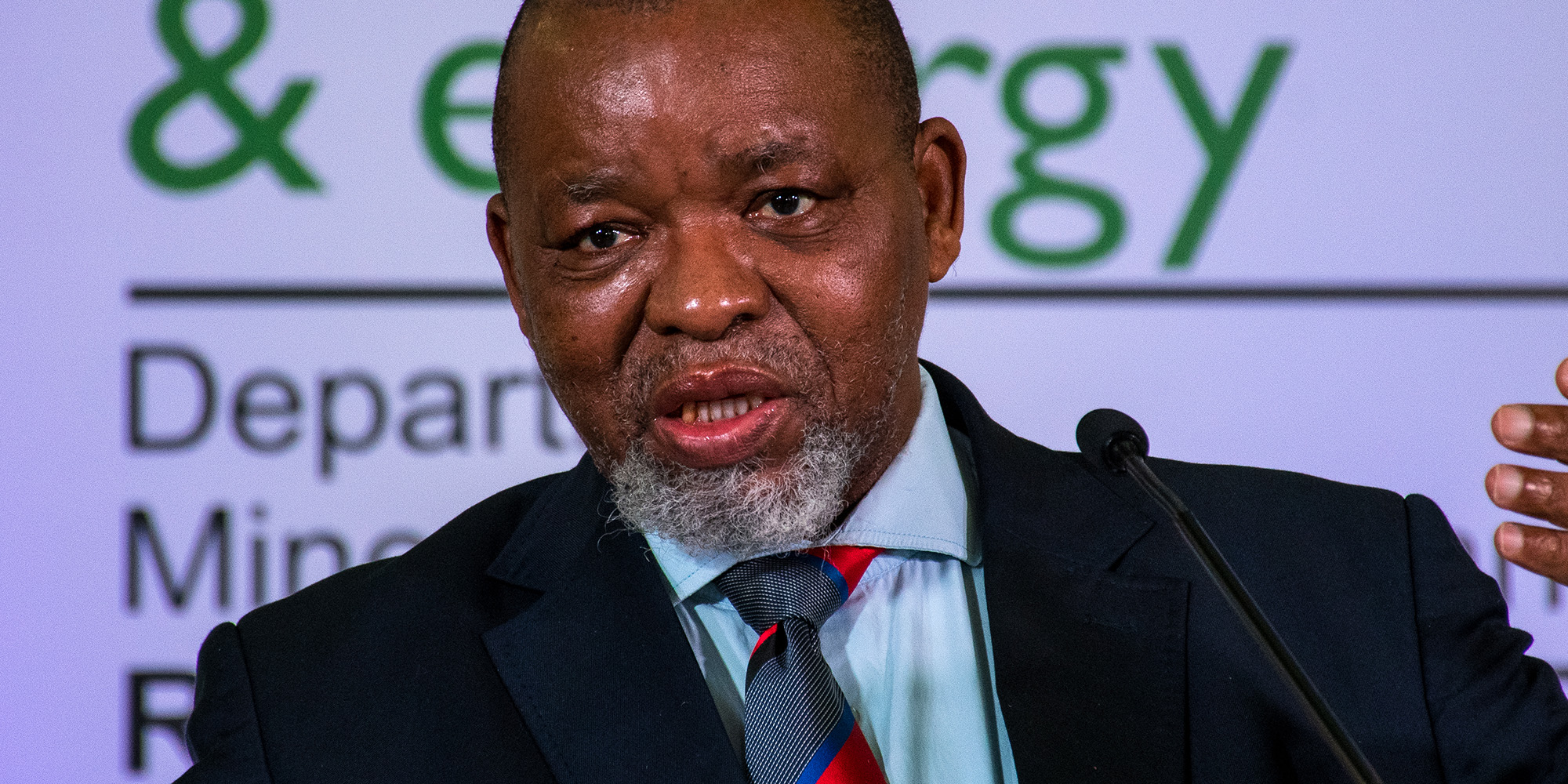 The projects have attracted R16-billion in investment and will create about 4,968 job opportunities (measured in job years) during their construction and operation.

De Ruyter said the agreements include anti-bribery and corruption clauses.

“This is very important, of course. Eskom’s recent history has been characterised by capturing corruption, and we have therefore taken a very firm stance on this,” he said.

“We are able to give the South African public the assurance that these agreements have been done with the very strictest standards of corporate governance and ethics.

“I think it shows what the art of the possible is if we are all together held accountable for maintaining the highest standards of governance.”

The benefits of renewable energy

Terje Pilskog, the CEO of Scatec, whose company already has six renewable projects operational in South Africa said: “We believe South Africa’s abundant sun and wind resources combined with the quick turnaround of establishing renewable-based projects make for the most effective and sustainable solution to the energy risks the country is facing.”

Pilskog illustrated the benefits of renewable energy, citing how it is cost-competitive relative to thermal energy, doesn’t experience pricing volatility like fossil fuels, is not linked to international commodity prices and is a big part of the solution of reaching commitments of the green transition and limiting global heating to 1.5 or 2°C above pre-industrial levels.

“It has achieved its rightful status as the lower-cost, clean alternative to fossil fuels. And we should seize the opportunities that are arising as a result.”

However, Mantashe was not sold.

Mantashe sticks to gas and nuclear

In his address at the ceremony, after expressing his excitement at the Scatec projects, he emphasised that the energy mix should include several types of generation.

“My biggest problem as a person is the polarisation of the debate among energy technologies,” said Mantashe, saying that the debate made it seem that in order for one technology to expand, another must die.

“We need all of them. We are short of energy. We don’t have universal access to energy. So everybody must have space to grow.”

Mantashe said the IPP office should work to get the other eight RMI4P projects signed, including resolving the problem of Karpowership (which has three approved PPAs).

Mantashe said he had seen Karpowership and gas-to-power technology work very well in Ghana and Gabon, as well as Europe.

“In South Africa — no. All the gas projects that have been approved are taken to court.

“But Europe has taken a decision that gas and nuclear are part of the energy mix. In South Africa, we don’t want to touch anything.”

Mantashe added that Europe had labelled gas and nuclear as part of the energy transition.

He said he made this point not because he thinks one technology is better than another, but because he believes multiple energy technology solutions can coexist together and resolve the problems of load shedding and energy poverty.

In line with his thinking that multiple energies can coexist and solve issues, Mantashe revealed that on Wednesday night his department had made the decision to revise the Integrated Resource Plan (IRP), which last came out in 2019 and details what South Africa’s energy mix should look like based on cost and social imperatives.

He said they were revisiting it now, as a big part of the plan had been implemented and they had to revise it now to look into the future, beyond 2030.

Mantashe’s department has faced criticism for not updating the IRP sooner, as the introduction to the 2010 IRP (the last one to come out before the 2019 IRP), states:

“The Integrated Resource Plan (IRP) is a living plan that is expected to be continuously revised and updated as necessitated by changing circumstances. At the very least, it is expected that the IRP should be revised by the Department of Energy (DoE) every two years, resulting in a revision in 2012.”

When asked why the IRP had taken so long to be updated, Mantashe said the previous IRP came out in 2011, so this revision was happening a lot faster and they needed time to implement the plan and assess results.

The minister also said that revising the IRP would be a very long process, so he could not give specifics on when it would come out. DM/OBP