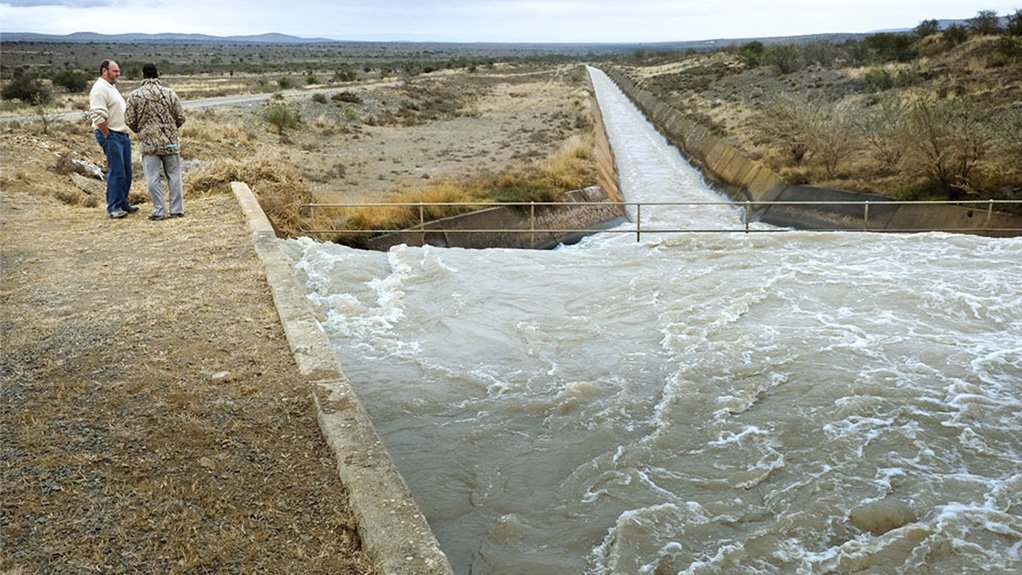 Photo by Earth & Wire
The Beenleegte weir on Electric Fish

A new independent power utility has been established in South Africa to sell electricity directly to private and municipal customers rather than to Eskom.

Branded Earth & Wire, the company aims to build a large-scale portfolio of renewable-energy assets and enter into power purchase agreements (PPAs) with its own customers.

Pappadopoulos says a team with more than 150 years of combined energy and infrastructure experience has been assembled to build and operate the private utility, while partnership agreements have been signed with landowners in five provinces covering 365 000 ha of “energy viable” property.

This land, he says, has the capacity to generate a blended source of solar, wind, hydro and biomass amounting to over 15 000 MW, with 2 000 MW of wind and solar already at an environmental approval stage.

Head of business development Thomas Garner, who is also chairperson of the South African Independent Power Producers Association, reports that Earth & Wire is in the process of finalising its first PPA with an industrial offtaker for electricity that will be produced at a 19 MW solar farm near Darling, in the Western Cape, which will be built in two phases.

“We’ve already secured a business customer for phase one and we are in the initial stages of financial close. We hope to be fully operational by early 2022,” Garner tells Engineering News, indicating that he is unable to name the buyer, owing to confidentiality arrangements.

The company is also progressing with a 140 MW wind project for private offtake in the Eastern Cape, is in talks with the Blue Crane municipality in Somerset East to buy nearly 9 MW generated by a unique hydro development called Electric Fish on the Fish River Irrigation Scheme and has secured a fully permitted wind site in the Mpumalanga coal belt.

Garner is confident that the private utility model is fully aligned with South Africa’s Integrated Resource Plan of 2019, which includes allocations in Table 5 for wind, solar as well as distributed generation.

“We would seek either Ministerial deviation for each project or use the blanket deviation given before for smaller projects,” Garner explains.

He also does not view South Africa’s electricity regulations, which currently require grid-connected projects above 1 MW to be licensed, as an impediment.

“We don’t see this as a challenge as it is clear what needs to be done to be awarded a licence and we would follow this process for each facility,” Garner says.

Without Eskom’s transmission and distribution system, however, Earth & Wire would not be able to deliver its electricity to its customers.

Garner, thus, sees a symbiotic relationship developing with the State-owned utility, as Earth & Wire will aim to fill generation gaps that neither Eskom, nor the independent power producers (IPPs) participating in government auctions are able to fully close.

Eskom estimates that there could be a capacity gap of 5 000 MW for the coming five years.

“Our business model is to build a private utility. We will however participate in auctions where it makes business sense to do so.”

The rules governing access to the Eskom grid are covered by the Distribution Connection and Use of System Agreement, which Garner says forms part of the normal process of getting connected and being licensed.

“For the grid connection budget quote to become effective, a generation licence needs to be issued which would only happen if the wheeling arrangement and PPA is in place.”

Earth & Wire’s primary market focus is on mining and industrial clients connected to the Eskom grid, but it intends growing its customer base as the policy and regulatory regime becomes easier to navigate.

The company sees single projects eventually  selling electricity to multiple customers and it is also undertaking preliminary investigations to test the municipal market now that municipalities have been empowered to build their own generation or buy power from IPPs.

Garner tells Engineering News that the model being deployed by Earth & Wire is used in various countries around the world where customers and consumers have a choice from which entity they buy their electricity.