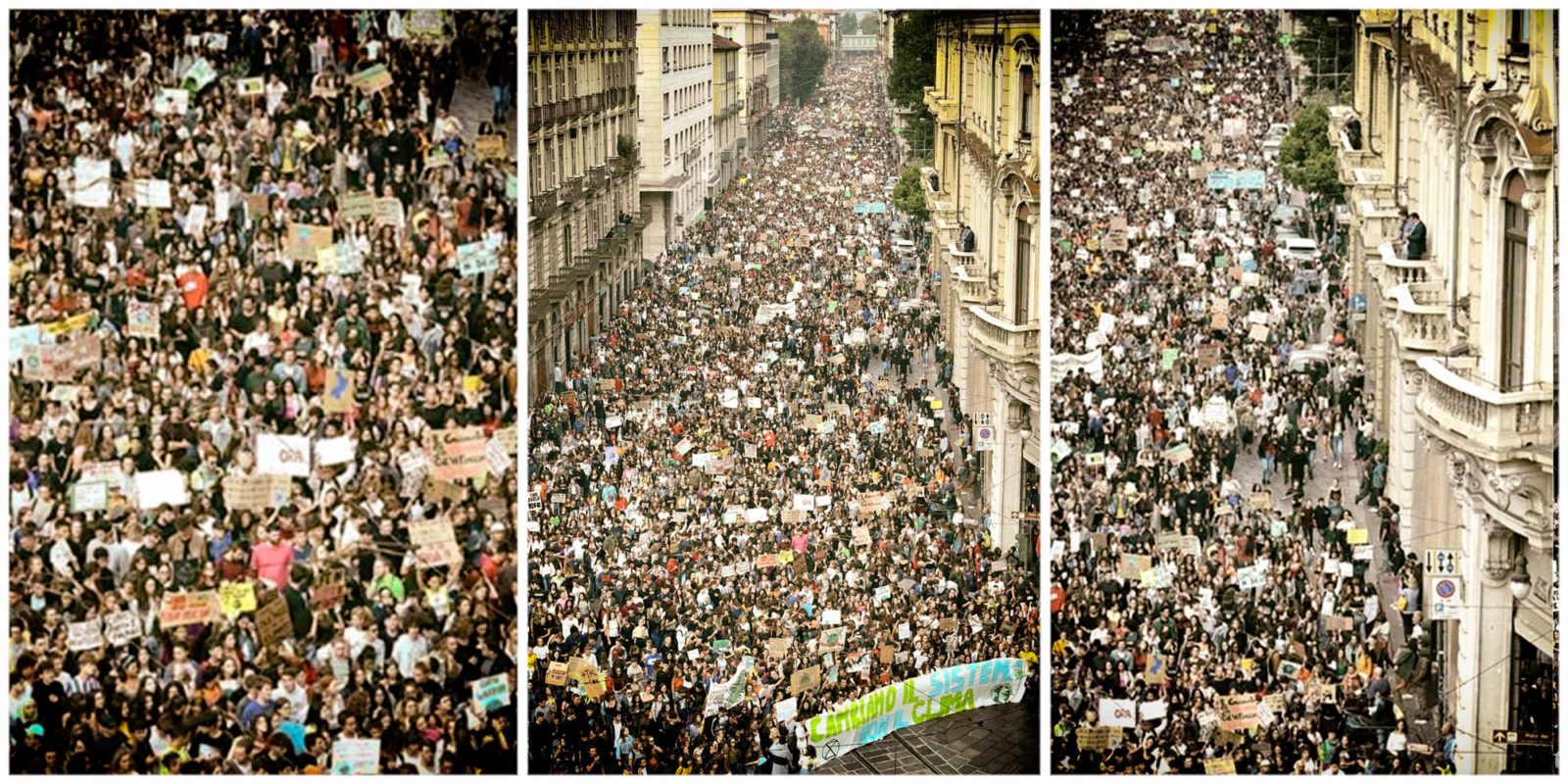 Pupil power has had an effect in Italy, where the education minister has announced that all state schools in the country will dedicate one hour per week to climate change issues starting from the 2020 academic year.

Activism is working. The rebellion of young people in particular is raising awareness and making climate change a growing political issue in many parts of the world.

In England, for example, a weekend report suggested that many of the voters in the coming general election feel climate change must be higher up the political parties’ agenda. This would have been compounded by recent floods in parts of northern England where one month’s rain fell in one night, causing devastation in towns and villages where spending cuts have weakened emergency services’ readiness for climate disasters.

However, Italy offers one of the most concrete examples of where a mass movement, led by school pupils linked to the Fridays for Future movement, is bringing about small but significant changes.

Last week, newspapers reported that the Education Minister, Lorenzo Fioramonti (not long ago an academic at the University of Pretoria), had announced that all state schools in Italy would dedicate one hour per week to climate change issues starting from the 2020 academic year.

According to the UK Independent, Fioramonti said “traditional subjects, such as geography, mathematics and physics, will also be studied from the perspective of sustainable development”.

However, climate crisis activists in Italy have been cautious in their response. David Wicker, is a 14-year-old from Fridays for Future in Turin, a northern Italian city, which in September organised hundreds of thousands of local learners to join protests as part of the global climate strike.

He told activists on a WhatsApp group that, “We are trying to understand what’s the plan and to be sure it’s not just a campaigning plan. The Ministero dell’lstruzione dell’Universita e della Ricerca (Ministry of Education, Universities and Research) hasn’t announced anything officially yet.”

Wicker’s response to the announcement sounds like someone with far more years of experience than his young age. It is evidence, if evidence were needed, that young people are ready to step up and provide leadership where adults are failing. He says:

“We need people to understand that it’s only a first small step. While educating children is essential it’s even more important to educate the adults.”

“We don’t even know if the school 33 climate science hours will be good. That’s why we need to evaluate the content that is taught, and hear what climate scientists and experts think about the programme that is going to be inserted.”

He points to the contradiction between such progressive measures by a government that has introduced austerity measures in other parts of education – and the danger of this being a stunt.

“We are interested in seeing how this programme will be financed, how the experts will be found and chosen to give lessons in all schools in Italy while considering that there is already a shortage of teachers in state schools.”

Finally, coming to the bigger political picture around climate change, he warned:

“We need to concentrate on the ‘losses’ our government is doing – for example, the fact that the finance ministers of all Europe are meeting to discuss European Investment Bank (EIB) investments and the gas lobby has been so strong that now it is likely that whilst the EIB will divest from fossil fuels, but it will still keep investing in liquid/gas fuels – and the EU is pushing gas as a ‘transition energy source’ while not investing sufficiently in green energy.”

And yet, despite all these justifiable cautions, if implemented properly it’s a victory for the climate activists and the Climate Strike and a big step forward that should be replicated in schools all over the world.

In South Africa, where there is growing evidence that climate crisis is biting hard, but where there is deep climate change illiteracy, it would be a good example to follow. It will be up to activists in organisations like Equal Education to press the Department of Basic Education to help prepare young people with the knowledge and skills they will need to mitigate and adapt to the climate crisis.

The next global Climate Strike called by Fridays for Future is on Friday 29 November, just days before the next Conference of the Parties (COP) to the Framework Convention on Climate Change (FCCC) now due to take place in Madrid, Spain. Make your voice heard! MC