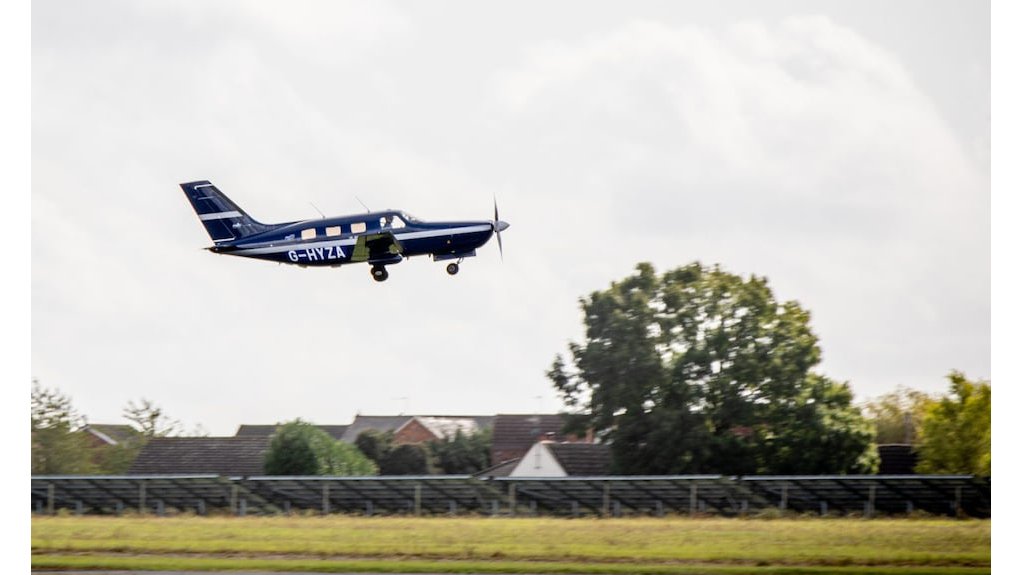 Photo by ZerpAvia
ZeroAvia’s hydrogen fuel cell-powered Pipe Malibu takes off on its first flight. Note the specially-assigned and symbolic registration of G-HYZA

Anglo-US company ZeroAvia has successfully carried out the world’s first flight of a ‘commercial-grade’ aircraft powered by a hydrogen fuel cell. The aircraft is a modified Piper Malibu, a single-engined six-seater (comprising, usually, one pilot and five passengers). The flight took place at Cranfield Airport in the UK, and involved taxiing, takeoff, a full circuit of the airfield and landing. Cranfield is the site of the company’s research and development facility. The flight took place on Tuesday but was only announced on Wednesday.

“It is hard to put into words what this means to our team, but also for everybody interested in zero-emission flight,” said ZeroAvia CEO Val Miftakhov. “While some experimental aircraft have flown using hydrogen fuel cells as a power source, the size of this commercially available aircraft shows that paying passengers could be boarding a truly zero-emission flight very soon. All of the team at ZeroAvia and at our partner companies can be proud of their work getting us to this point, and I want to also thank our investors and the UK government for their support.”

ZeroAvia hydrogen fuel cell aircraft project, designated HyFlyer, has been partly funded by the British government, through its Aerospace Technology Institute programme. “Aviation is a hotbed of innovation and ZeroAvia’s fantastic technology takes us all one step closer to a sustainable future for air travel,” pointed out UK Parliamentary Under Secretary of State and Aviation Minister Robert Courts. “Through our ground-breaking Jet Zero partnership we’re working hard with industry to drive innovation in zero carbon flight, and we look forward to seeing the sector go from strength to strength.”

“Developing aircraft that create less pollution will help the UK make significant headway in achieving net zero carbon emissions by 2050,” highlighted UK Parliamentary Under Secretary of State and Business and Industry Minister Nadhim Zahawi. “Backed by government funding, this flight is another exciting milestone in ZeroAvia’s project. It shows that technologies to clean up air travel are now at our fingertips – with enormous potential to build back better and drive clean economic growth in the UK.”

Other key partners in the project are UK companies the European Marine Energy Centre (EMEC) and Intelligent Energy. EMEC operates a hydrogen production plant powered by electricity generated by its wave and tidal power projects, while Intelligent Energy is a developer and manufacturer of proton-exchange membrane hydrogen fuel cells.

ZeroAvia is focused on developing zero-carbon ten- to 20-seat aircraft for commercial operations with a range of 500 miles. This range would allow such aircraft to operate on busy routes such as London to Edinburgh or Los Angeles to San Francisco. Following the completion of the initial test flights, the next big step in the programme will be a 250 nautical mile (nm) to 300 nm demonstration flight to Orkney (north of Scotland and where EMEC is based).

The company is targeting 2023 for the start of commercial operations by hydrogen-powered aircraft in this category. ZeroAvia and EMEC have also developed the demonstrator Hydrogen Airport Refuelling Ecosystem at Cranfield Airport. This is, in small scale, a complete system of green hydrogen production, storage, and fuel cell-powered aircraft refuelling.