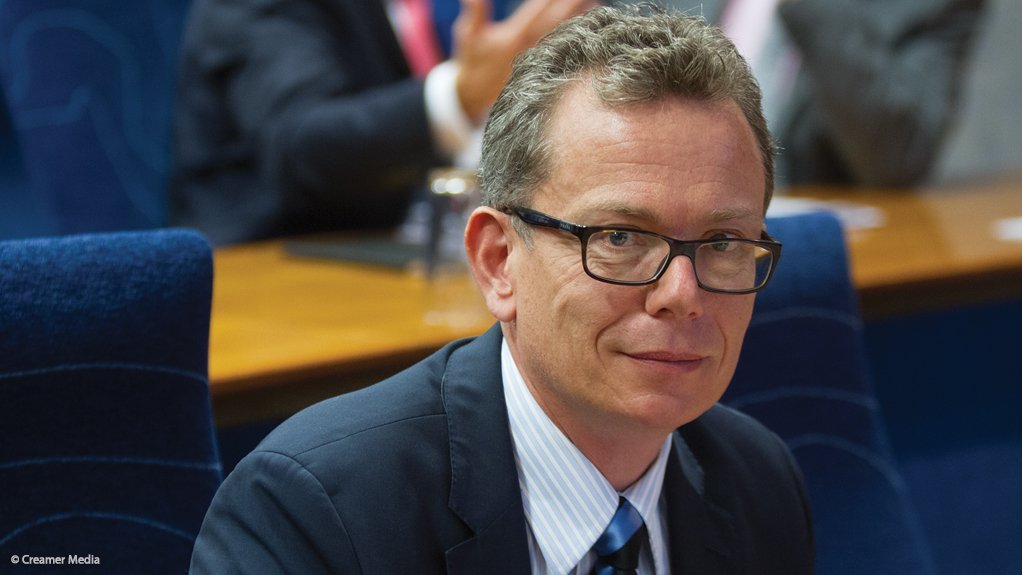 JOHANNESBURG (miningweekly.com) – The emerging world of hydrogen power, fuel cells, platinum and climate change mitigation received another stimulus on Tuesday with the announcement of new high-level investment backing for a fund that promotes technologies dependent on the high-performance characteristics of platinum group metals (PGMs).

Backed by the massive Toyota Motor Corporation and Sumitomo Mitsui Banking Corporation, the Mirai Creation Fund II told the world that it was partnering AP Ventures, which already has an exceptionally strong group of investors in Anglo American Platinum (Amplats), which has a powerful position in the PGM markets, the Public Investment Corporation, which is South Africa’s biggest asset manager, and Mitsubishi Corporation, which brings far-reaching industrial scope and a commitment to strategic activities.

“In today’s environmentally challenged society, it is essential to identify and nurture advanced technologies that address our global environmental and sustainable issues,” said Mirai Creation Fund executive deputy president Masatoshi Fukami, who added in a release to Creamer Media’s Mining Weekly Online that his fund hoped to contribute to the development of an innovative hydrogen society in close association with AP Ventures.

Last July, the PIC and Amplats each committed R1.3-billion to AP Ventures, the first venture capital fund of its kind specialising in pioneering technologies and businesses that make use of PGMs.

Interestingly, the name Mirai has high significance as the name of Toyota’s exciting mid-size car powered by a hydrogen fuel cell, which makes an emission-free contribution to a planet that is striving to decarbonise.

Platinum-catalysed fuel cells provided with hydrogen from renewable-energy-powered electrolysers do not generate a single speck of carbon.

Electrolysers powered by the sun and the wind generate hydrogen from water and give off oxygen, while fuel cells generate electricity from hydrogen while taking in oxygen and giving off water.

There is considerable common interest between AP Ventures and the Mirai Creation Fund, backed by Toyota Motor Corporation as a key limited partner, which focuses on investing in businesses which are integral to promoting a hydrogen-based economy.

Mirai Creation Fund is investing in AP Ventures Fund II: “This partnership is invaluable as we assess our strong pipeline of new opportunities for Fund II,” said Hinkly, a long-standing promoter of the hydrogen economy and the role of PGMs in protecting the environment.

The benefit of hydrogen is that it can be stored for days, weeks, months or years, which makes it a storage medium that is superior to batteries, which self-discharge, Isondo Precious Metals COO Dr Sakib Khan told Mining Weekly Online, ahead of next week’s important fuel cell conference in Cape Town, hosted by the corporate and investment banking division of Nedbank.

Fuel cell stacks are made up of a number of flexible polymeric membranes with PGM-containing catalysts and with each MEA having the capacity to generate a small voltage. The stack, depending on its size, is then capable of producing kilowatts of power.

The legal entity for the Platinum Valley SEZ in North West province will be set up in the next three months, South Africa’s new Trade and Industry Minister Ebrahim Patel promised during the State of the Nation Address (SoNA) debate in Parliament last month.

Fuel cell development will be the main focus of Platinum Valley, which is targeting to do for fuel cells what Silicon Valley did for solid-state electronic development in the US.

During the SoNA, South Africa’s technology-backing President Cyril Ramaphosa committed South Africa to the exploration of the full potential of the new hydrogen age, which is sweeping the world.

If combined with the commercialisation of renewable energy – for which South Africa has superior sun and prime wind – fuel cells can guarantee carbon-free bus, truck, train, tram and ship transport, and eventually also penetrate the battery electric vehicles used for low-load short-distance transportation.

Toyota supplies South Africa with its taxi fleet, which could, with the Japanese giant's help, form a local fuel cell starting point towards South Africa’s own decarbonisation aspirations owing to their relatively fixed travel routines for which hydrogen infrastructure could be fittingly spaced.

Fuel cells have already been deployed in several of South Africa’s offgrid rural clinics needing power, and this country has had a hydrogen fuel cell technology strategy for nearly a decade, while a Taiwanese firm is said to be at the ready to burst on to the local scene with a major advancement linked to the use of fuel cells in telecommunication and rural electrification.

Mining Weekly will be publishing a major feature on fuel cells in September and companies wanting to advertise in the feature should contact Creamer Media COO Sales and Marketing Reinette Classen at +27 11 622 3744. Those with news should speak to Martin Creamer at the same number.

‘The greatest threat’ to the oil industry?
‘Weak’ carbon tax to be significantly strengthened from 2023 – Treasury official
Comment