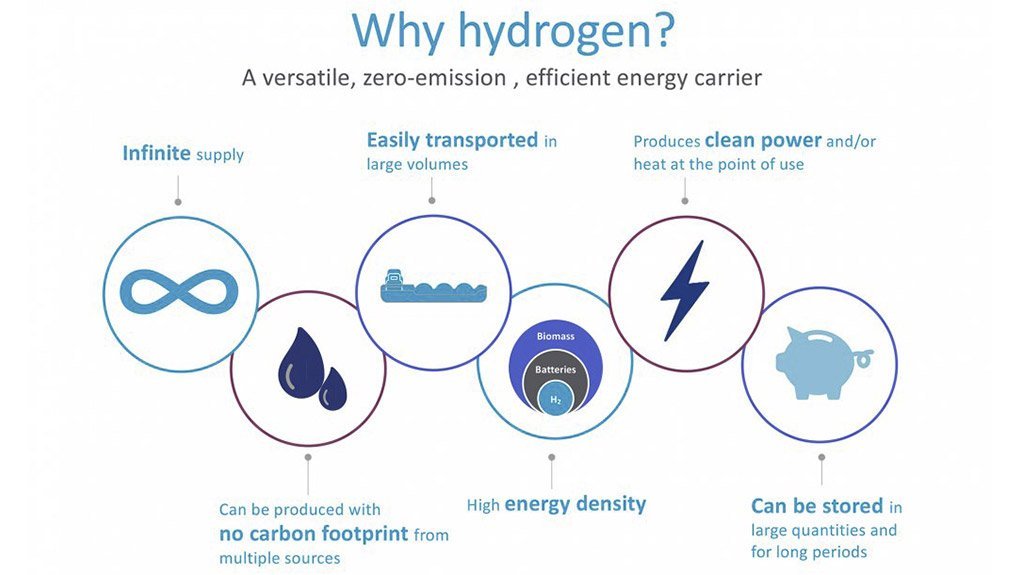 JOHANNESBURG (miningweekly.com) – Twenty of 125 buses operated by the Gautrain Management Agency (GMA) and currently fuelled by diesel may be switched to green hydrogen.

Critical to the mandate of the GMA, established in 2006 under the GMA Act, is to ensure that the rapid-rail Gautrain passenger transport system operates in a sustainable manner.

Mining Weekly Online can today report that Enertrag South Africa is one of the partners that has submitted a joint proposal to the International Climate Initiative for grant funding of buses driven by green hydrogen.

Enertrag AG, a clean-energy group that specialises in electricity and hydrogen from renewable sources, operates the wind-hydrogen Hybridkraftwerk plant near Prenzlau, in Germany. This hybrid power plant, which has been functioning since October 2011, generates climate-neutral hydrogen through an electrolysis process using wind energy.

It is envisaged that the green hydrogen fuel proposed for the 20 GMA buses would be produced from a combination of energy from wind and solar photovoltaic technologies, Enertrag has outlined in an advertisement in Mining Weekly.GreenCape has been named as joint programme coordinator and other consortium partners listed include the Council for Scientific and Industrial Research (CSIR) for scientific support, Fraunhofer IEE and IKEM; Navitas; Industrial Development Corporation; Busmark and the GMA.

Fuel cells will allow the buses to become part of the decarbonising world by catalysing the green hydrogen into clean electricity that powers the buses in an emission-free manner.

Minerals Council South Africa CEO Roger Baxter last week described the technology required to convert to emission-free buses as being “not as advanced as one would think” and suggested that Johannesburg’s Rea Vaya bus rapid transit system could be considered for conversion to hydrogen.

The Minerals Council’s own fuel cell, which enables the building to be less reliant on the electricity grid and also uses repurposed by-products, such as heat, to contribute to the building’s ambient temperature in winter, has been registered under the United Nations Framework Convention on Climate Change Programme of Activities 9437: Cogeneration at Commercial sites.

South Africa has the combined solar and wind potential to produce hydrogen competitively. The country’s combined solar and wind power provide a hydrogen production capacity factor of close to 100% during daylight hours and 30% during the night, which is above the international norm of about 22%, according to CSIR senior research engineer Thomas Roos.

Hydrogen is at the centre of the solution to the climate crisis and platinum, in turn, is at the centre of hydrogen, London-based Anglo American market development head Benny Oeyen emphasised when he spoke to Mining Weekly on the sidelines of this year’s Platinum Group Metals Industry Day, in Johannesburg.

Using wind and sun to liberate hydrogen from water and then using platinum to catalyse the hydrogen into electricity guarantee that not even a speck of carbon dioxide is emitted. When there is a lot of wind and sun, excess hydrogen can be stored, and when there is little wind and sun, it can be used to generate clean electricity, which is necessary to save planet earth.

Hydrogen infrastructure is still relatively limited globally, yet the pace of deployment is picking up and deployment targets have been set in numerous countries across the world. In some countries, such as Germany and Japan, early hydrogen networks which provide basic countrywide coverage are beginning to form.

Fuel cells are particularly well suited to high utilisation, heavy-duty and/or long-range applications. These are the type of use-cases where the medium-term outlook of PGM-containing fuel cells are most promising. In recent years, many countries, such as China, Japan, South Korea and Australia, have committed significant resources towards readying their nations for the hydrogen economy.

Platinum is typically also used for the cathodes of proton-exchange membrane electrolysers, with the amount varying from one manufacturer to the next. As HySA Infrastructure director Dr Dmitri Bessarabov has pointed out to Mining Weekly, electrolysers are designed for much longer operational time than fuel cells, making the PGM requirement considerably larger than for fuel cells. Up to 1 mg/cm2 of platinum is required for the cathodes and as much as 5 mg/cm2 of iridium for the anodes. However, the current research direction is to reduce PGM loadings.

In the field of mining, Bessarabov said replacing air-polluting diesel equipment with zero-emitting fuel cell electrical equipment in underground mines not only reduced the health risks to mineworkers but could also potentially lower the cost of underground mine ventilation. Moreover, renewable hydrogen could also be used to mitigate air pollution at coal-fired Eskom power stations.