From ‘unbearable to unliveable’: The case for ‘radical decarbonisation’ 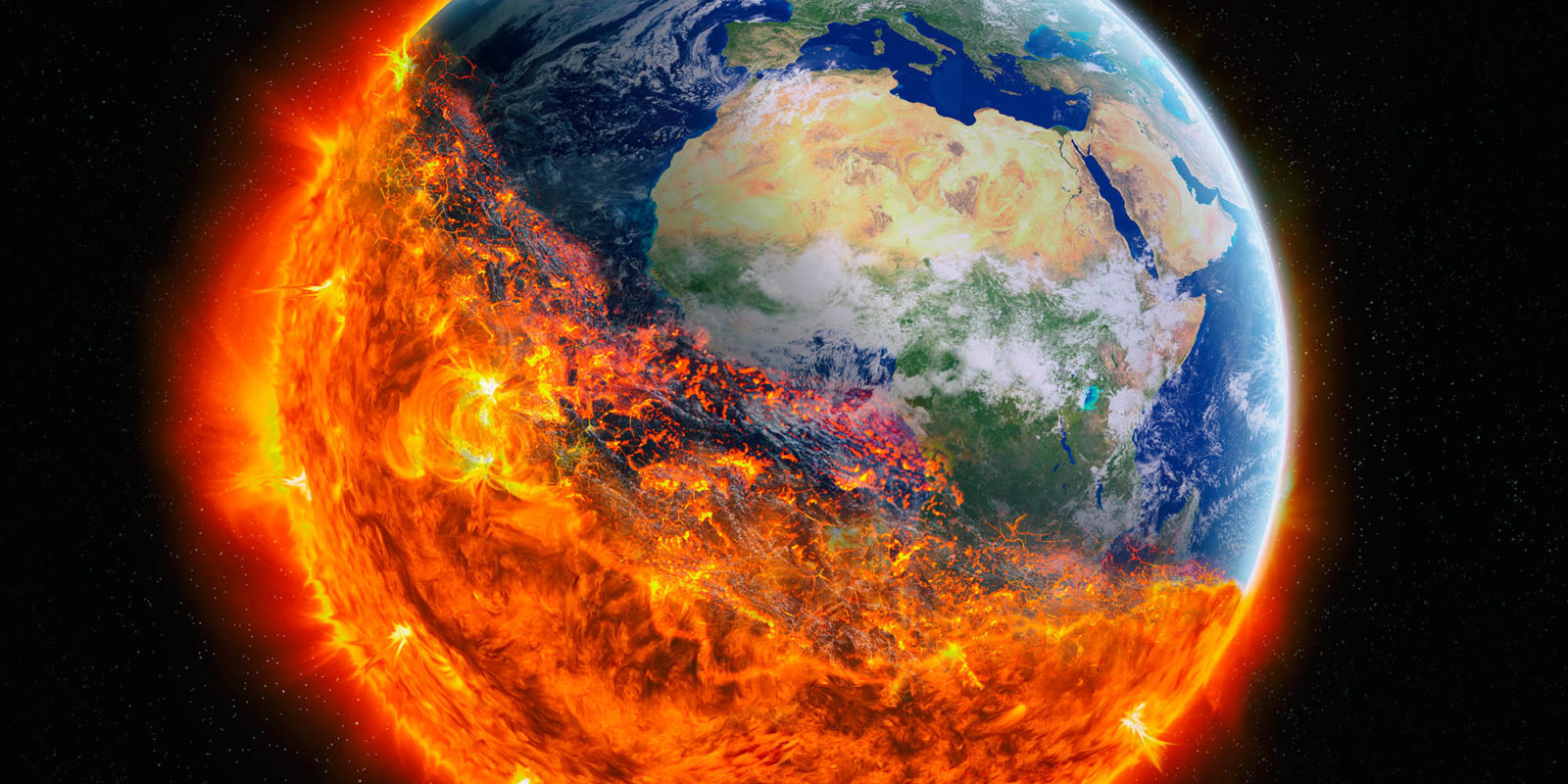 Mercury level likely to rise by between 6°C and 8°C in South Africa, say experts in response to new Daily Maverick climate report

You may have heard the words “climate hotspot” — a term used by the UN’s Intergovernmental Panel on Climate Change to classify regions likely to warm substantially more than the global average.

Southern Africa is such a hotspot and, without global efforts to slash planet-heating gases, parts of the region may become “unliveable”, several hundred viewers tuning into Daily Maverick’s “The Climate Risks We Face” webinar heard Thursday.

“As South Africans we like to think we’re tough… you know, ‘We can do hot weather,’ ” quipped Scholes, ranked among the top 1% of cited natural scientists globally. Scholes has more than three decades’ fieldwork experience and works as a professor of systems ecology at Wits University’s Global Change Institute (GCI) in Johannesburg. “But, in the coming decades, we’re looking at something like a 6°C to 8°C rise without mitigation. Been to Musina in Limpopo? On a summer’s day, it’s pretty unbearable already. Add 8°C to that and it becomes, essentially, unliveable.”

The veteran ecologist added that, to secure “a future for any food or economic development in that area, whether it’s tourism, cultural or livestock-based, we have to get the world to reduce climate change”.

Scholes was expanding on a compendium of insights compiled for The Climate Risks We Face in the 21st Century, a 17,000-word GCI report commissioned by Daily Maverick’s Our Burning Planet unit. Generating a “top five” list of interactive risk clusters and consequences almost certain to reorganise the lived realities of contemporary South Africans, the new report was finalised through a rigorously scored, multiround process involving 12 experts from various disciplines.

Threat Multiplier: The top five climate risks likely to hasten our descent into a hellscape

It was produced as an authoritative, open-access reference document to support climate communicators working in the region. In need of urgent, short-term interventions, the report’s top-rated risk factors warn of “food insecurity and the viability of the agricultural sector”; “shortages of clean water”;  a “badly handled transition to low-carbon energy”, “heat stress” and “disrupted ecosystems and loss of biodiversity” — these dynamics all feed into each other, effectively working as threat “multipliers”.

Exposed by Bloom in his “Killing the Holy Ghost” investigations into Limpopo’s Musina-Makhado Special Economic Zone (SEZ), an example of just such a multiplier were plans to build a Chinese-backed 3,000-megawatt coal-fired power plant that would only serve the SEZ, Scholes stressed.

“We have no moral traction, if we go to a mechanism like the Paris climate agreement and say, ‘You’ve got to cut down on your emissions — but, by the way, we’ve just opened this long-lasting coal-fired power station, which will increase our emissions for the next 50 years,’” said Scholes in his assessment of the project, underlining the “subtle nature” of the argument, which was less about regional, “direct impacts”, and more about South Africa forfeiting legitimacy at the emissions negotiating table.

“It’s about the loss of leverage that we need to get the world to do what it absolutely has to do — not only to save the Limpopo Valley, but to save South Africa as a whole and most other parts of the world,” said Scholes, urging a move towards a “radical decarbonisation path”.

“Put another way, if more of our ecosystems are obliterated to make way for more mines and Special Economic Zones, if we fail to see how our inflammatory rhetoric mirrors the various conflagrations in the natural world, if we don’t back up our legal and environmental holding actions with the type of inner transformation that only psychospiritual work can bring,” Bloom wrote this week in his article on the report, “we are destined for a hellscape of untold proportions.”

Speaking to the other panellists from the Musina-Makhado SEZ, Lekalakala, also director of grassroots NGO Earthlife Africa, said that she considered the project to be unconstitutional.

“It tells me that this is kind of an insane project that is being proposed there,” she said, with possible consequences for food security and even “uprooting traditional systems” — from ancestral graves to sacred trees like baobabs, marulas and mopanes.

The high-profile activist is known for invoking South African courts to stop a controversial Russian nuclear deal in 2017. She pointed to section 24 of the Constitution, which noted that “everyone has the right to an environment that is not harmful to their health or wellbeing” and “to have the environment protected”.

Scholes said he thought it “was very telling that the president of China [Xi Jinping], just a few weeks ago, announced that China was committing itself to carbon neutrality in the first half of the century. How would China achieve that? By exporting all its emissions to South Africa? And why would we be such suckers as to accept that?”

Covid-19 is widely cited in the GCI report — which alludes to the fact that zoonotic diseases also act as threat multipliers, especially in concert with climate.

Widely accepted to spill over from bats, as well as pangolins as potential intermediaries, the virus that causes Covid-19 pointed to a “general risk forecast many years ago”, said Scholes. No one, he hastened to add, could predict the resultant pandemic would arise in the city of Wuhan at a particular time — nevertheless, humans had been “chipping away at the natural-disease regulation mechanisms in ecosystems, which are fabulously complicated things”.

Scholes noted that the world had seen a “whole series of zoonotic episodes over the last couple decades” — HIV was but one example, “emerging from human-primate interactions in central Africa”. And, all of these “fabulously complicated” ecosystems were being dangerously simplified by human industry. This, in turn, made them more vulnerable to macro changes such as climate change, shifting vector ranges into uncharted territory.

However, Lekalakala pointed out that the Covid-19 pandemic had shown how decisively nations could act in the face of the massive, border-ignorant, cross-generational threat that the climate emergency represented (although with varying degrees of success), and how quickly communities could adapt to a new sense of normal.

“If we take lessons from how we reacted to the pandemic, that is how we can react to the threat of climate change,” she said, but Covid-19 also exposed systemic weaknesses when confronted by natural disaster, such as rank inequality and the limited availability of nutritious food for survival. Both of these issues are, for instance, highlighted within the GCI report.

Will it take a global climate event on the short timescale of Covid-19 to force humanity to make the changes our ecosystems and societies are crying out for?, webinar participant Marc Leroy asked.

“Unfortunately, when you look at the history of human action, that is almost always the case — but as these disasters like hurricanes and wildfires become a daily occurrence, it becomes much harder for governments to push them into the background,” said Scholes.

Released mid-October, the GCI report paints a hard-hitting picture of aspects of South African society set to unravel under a business-as-usual emissions regime: that is, delivering future generations into a chaotic scenario in which short-term profit attempts to steamroll ahead without transforming the way societies worldwide create and consume energy.

A just and meaningful transition would require an unmatched effort across hemispheres, the panellists said, not just a regional one — such a grand scheme may even seem an impossible goal to all except the most doggedly optimistic.

For his part, despite his 10,000 and more hours at the coalface of global change, Scholes remained steadfastly hopeful that significant tools remained at our fingertips.

South Africa’s world-renowned water-allocation legislation had key provisions yet to be enacted. As for biodiversity management, South Africa was considered a world leader.

“Africa is rich in renewable natural resources and biodiversity — all things the green economy will be built on. As the big-picture solution, that should be our top priority, rather than trying to apply Band-Aids post facto,” he said. Recognising indigenous wisdom’s emphasis on humans as intrinsic to the global biosphere — rather than the Western view enforcing our separateness — represented a vital rethink for the 21st century.

“I see germs of that movement sprouting all over the world,” said Scholes. “For many of our immediate problems, we have the germs of technical solutions. We know how to generate energy in a decarbonised way. We know how to grow crops under water-stressed situations, but we need to make sure those become the norm, rather than the exception.” DM/OBP

Read the full report, The Climate Risks We Face in the 21st Century, in Kevin Bloom’s Our Burning Planet article: Threat Multiplier: The top five climate risks likely to hasten our descent into a hellscape.