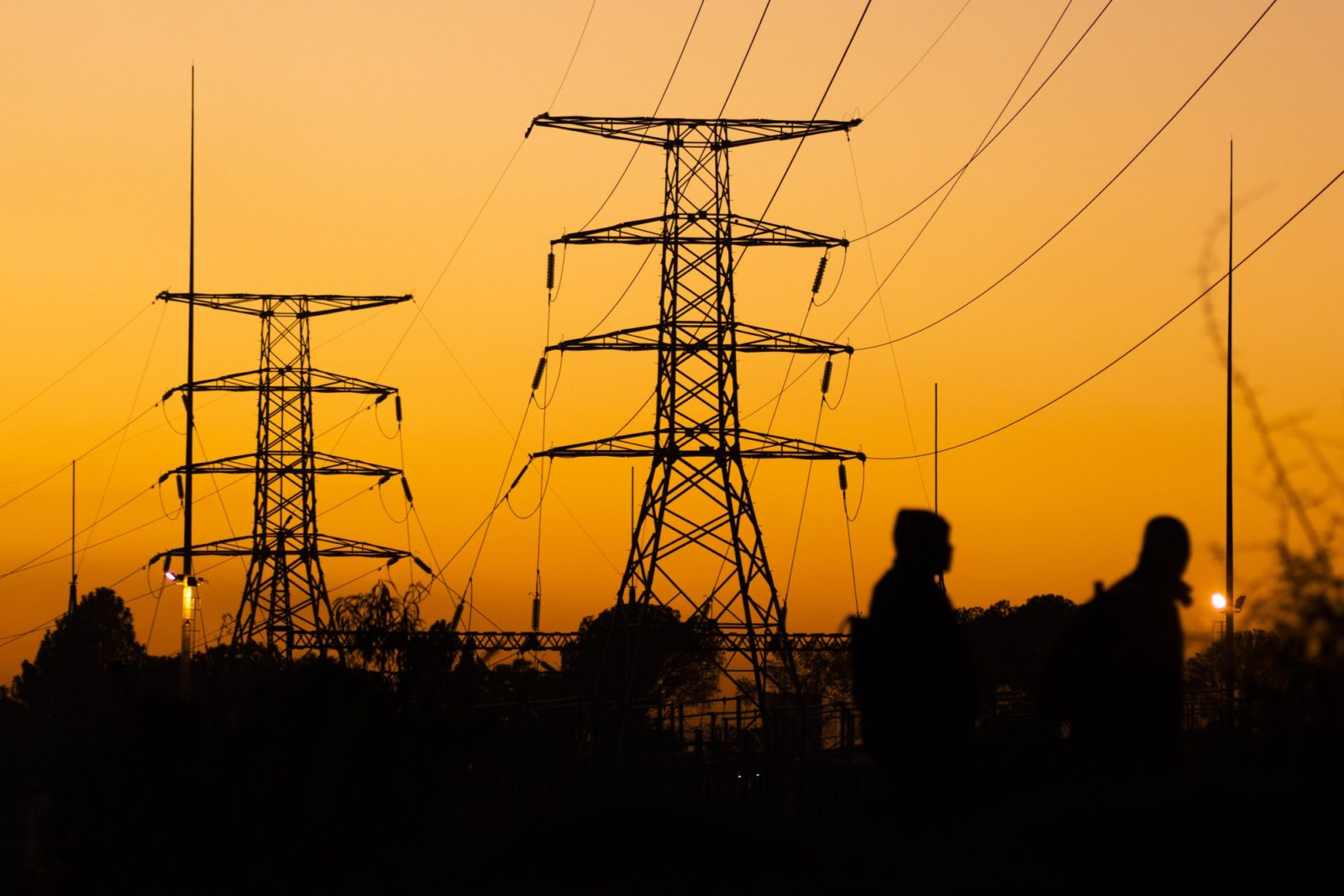 South Africa’s electricity sector, based on a centralised monopoly and commensurate regulatory regime, can no longer achieve its primary objective: supplying citizens and the economy with reliable and affordable electricity without burdening the fiscus. (Photo: Waldo Swiegers / Bloomberg)  Less

(EGSA Ed. comment: Eloquently argued and presented, with no room for doubt. BUT neither Nersa nor the DMRE nor the National Treasury appear to be convinced of the need to change. For me the question is: how do we force our Government to be rational and change our electricity policies and embark on a just energy transition before it's too late? Research papers and studies don't seem to do it. Perhaps go the legal route? Get our voters to be more discriminating when they vote?)

The full report is available here.

South Africa’s electricity sector, based on a centralised monopoly and commensurate regulatory regime, can no longer achieve its primary objective: supplying citizens and the economy with reliable and affordable electricity without burdening the fiscus. South Africans experience this failure all the time as unpredictable load shedding and costly Eskom bailouts at a time when our country can least afford it.

Simultaneously, it is now clear from Eskom’s own reports and statements that reliability maintenance on its old coal plants and the government’s new power procurement processes will not be enough to address the energy supply gap. Investment in further new capacity is needed urgently as South Africa embarks on a path towards rebuilding its economy.

The fastest option for reducing the threat of load shedding in the short term is unlocking new distributed power generation supply projects in the residential, commercial, agricultural, industrial and mining sectors. There is strong investment and financing interest in projects like these which hold enormous potential for job creation and SMME development.

A key barrier to new distributed generation projects is the restrictive Electricity Regulation Act, which centralises decisions on new electricity generation capacity in the hands of the minister of mineral resources and energy. This prevents additional capacity being swiftly unlocked to mitigate the severe impact of load shedding on our economy.

Without intervention load shedding will persist until at least 2024 with a supply gap of between 2,000MW and 4,000MW despite Eskom’s best efforts to fix South Africa’s fleet of coal-fired power stations. The cost of load-shedding was R60-billion to R120-billion in 2019 and will be more this year. It acts as a binding constraint on South Africa’s economic recovery plans post-Covid-19.

An opportunity to unlock new power

Since 2005 the electricity sector has been regulated by the National Energy Regulator of South Africa (Nersa), which controls market access through the National Energy Regulator Act (2004) and Electricity Regulation Act (2006). This institutional arrangement reflects a historic paradigm which aimed to obtain cheap power through huge economies of scale using the cheapest resource available at the time  – coal. This incentivised coal megaprojects, which had to be protected from the associated large financial risks by a regulatory framework that protects Eskom’s monopoly and the interests of the coal industry.

The emergence of low-cost, decentralised renewable energy technologies has fundamentally disrupted this paradigm. Many countries have long-since deregulated and restructured their industries to establish a market for broader participation and competition within the electricity generation and distribution sectors. Market access regulation in South Africa is not required any more and is in fact counterproductive. The necessary regulatory oversight is already provided by the environmental approvals process, statutory technical standards, and the grid access approvals from the grid operator who assesses the technical viability of connecting a new generator to the grid at the specified location.

Across the globe countries are responding to the disruption the sector faces from regulatory reform. South Africa’s BRICS partner India has delicensed generation projects completely (except for large hydro and nuclear projects), provided they comply with technical standards.  Australia and Spain have no market access restrictions, only strict technical compliance standards. In Australia the rooftop solar PV industry is booming. This year Greece announced it would abolish its generation licence requirement which, due to slow processing, resulted in a 22-month backlog of applications. In the United Kingdom all projects with capacity up to 50MW are exempt from licensing and projects up to 100MW are considered for exemption on a case-by-case basis.

The inflexible regulatory framework in South Africa severely restricts investment in least-cost renewables projects that would otherwise have reduced our power shortages, provided a much-needed economic stimulus and opened up new investment opportunities for green industries. It also stifles healthy competition that would greatly benefit consumers, the economy and workers.

Under the current regulations all new grid-connected power generation projects greater than 100kW and less than 1MW must register with Nersa. Grid-connected projects greater than 1MW must apply for a licence from Nersa, but for an application to be processed, the applicant must demonstrate evidence of compliance with the government’s Integrated Resource Plan (IRP) or have an approval for deviation from the IRP approved by the minister.

Nersa has recently confirmed that the minister has allowed licence applications for “own-use” projects selling to “single” or “related” customers (onsite or offsite with power wheeled through the grid) to be processed, even if such projects are not specifically catered for in the country’s IRP. This is a step forward and reduces uncertainty for self-generation projects, but these projects are still subject to a pointless bureaucratic licensing process with a reluctant regulator. The real opportunity for accelerated additional supply investment lies with other distributed independent power producer projects selling to third party off-takers. These projects still require ministerial approval to deviate from the IRP on a case-by-case basis for their licence applications to be heard by Nersa. There is little evidence of approvals being issued to projects like these.

There are significant risks for project developers within this regulatory process. For example, there is no formal, legal definition of “own-use” projects (which have now received a blanket ministerial exemption from the IRP) in the Electricity Regulation Act. As such, all grid-connected projects which could be categorised as “own-use” could be subject to the same requirements for registration and licensing as all other grid-connected projects. This means a business seeking to mitigate the risk of load shedding or contain costs may not generate its own electricity using available renewable energy resources without successfully registering or licencing a project with Nersa.

A related problem is the lack of clarity for battery storage projects, which although storing rather than generating new power must also tackle the regulatory hurdles with Nersa, which treats storage in the same way as generation. All licence requirements should be removed for battery projects, regardless of their size. Technical and environmental standards should of course remain.

Licence-exempt projects (less than 1MW) can currently only sell power to a “single” or “related” customer with no provision to sell excess power to distribution entities, like municipalities, or unrelated customers. This excludes important additional power for the distribution network.

Another risk relates to the processing of licence applications, with the issuance of generation licences being notoriously slow. Projects are subject to long delays beyond the statutory 120 days. To date, only five licences for projects above 1MW have been approved by Nersa since 2016. This represents only 25MW of new capacity – less than 0.1% of South Africa’s peak electricity demand.

In a context where our president has repeatedly stated that we must encourage new investment in the South African economy, the lack of regulatory clarity and slow processing of applications actively discourages new entrants from spending time and resources on developing distributed generation power projects.

To clear out most of this unnecessary and costly ministerial and Nersa regulatory red tape we propose the following key reforms that can be implemented within three months by means of issuing Ministerial regulations under the Electricity Regulation Act.

In the context of a growing power crisis and an urgent need for an economic stimulus, South Africa must find the quickest ways to address supply gaps safely and affordably. With regulatory reform, new distributed capacity can be procured in parallel with other centralised procurement processes. Navigating the technological disruption and other challenges that face the sector and addressing the power supply gap with urgency requires a steady hand. Change is inevitable. But will South Africa manage it proactively, building confidence in the process, or will we witness governance failure and indecision while our peers in other countries move ahead? DM

Should We Spend $1 Trillion A Year On This Climate Technology? We May Have To. | HuffPost

New ‘green’ platinum project leaps out of starting blocks, will use 82% less electricity