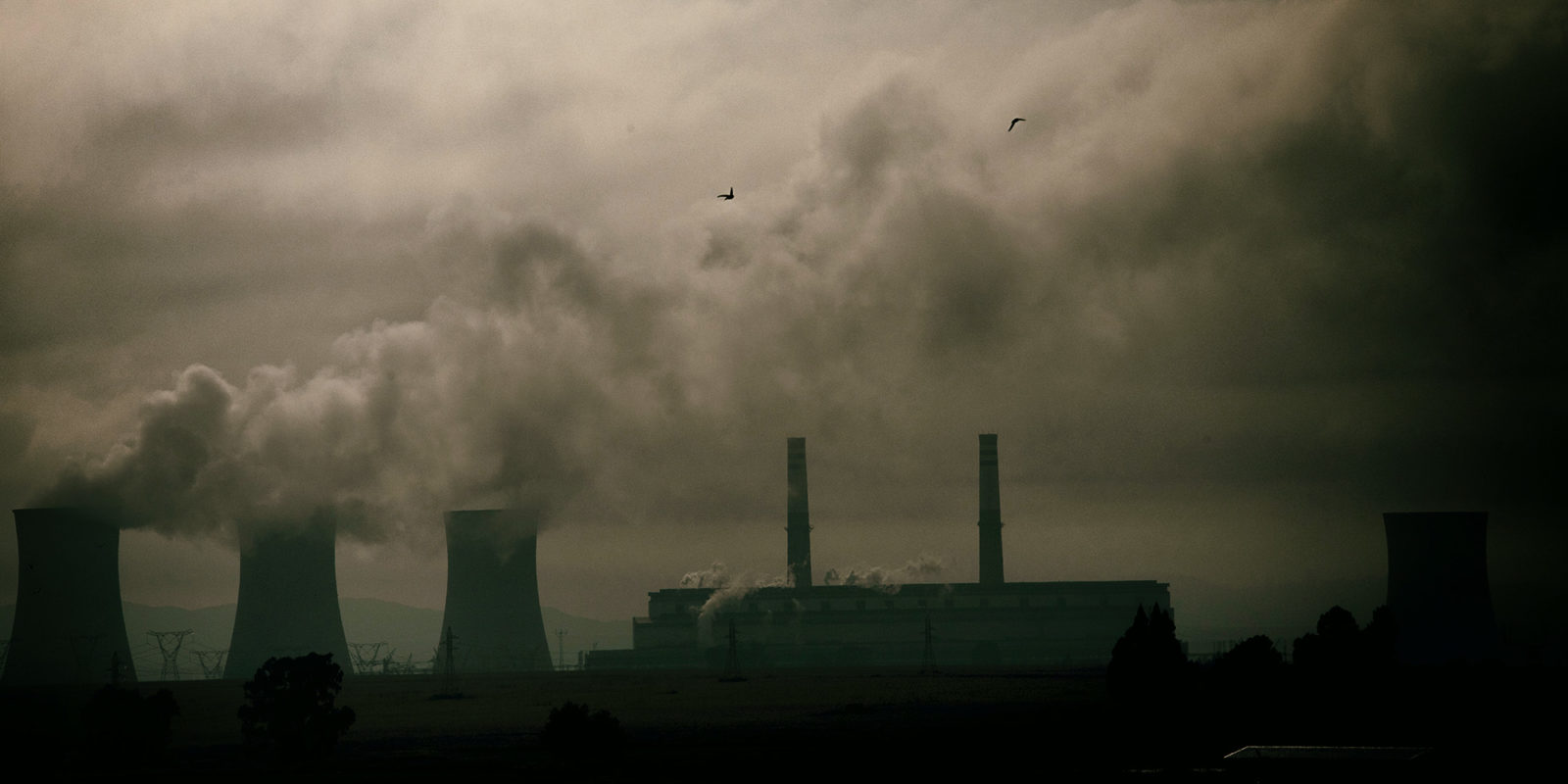 Coal smoke from the towers of an Eskom coal-fired power station rises into the air as the sun rises near Johannesburg. (Photo: EPA-EFE / KIM LUDBROOK)

It is too soon for the obituary: oil prices are up, and coal capacity rose every year from 2000 to 2019.

The release of the sixth report from the Intergovernmental Panel on Climate Change (IPCC), which concludes unequivocally that human activities have triggered an unprecedented rise in temperatures over the past 2,000 years, has led to a fresh batch of obituaries for the fossil fuel sector.

“This report must sound a death knell for coal and fossil fuels, before they destroy our planet. There must be no new coal plants built after 2021,” said UN Secretary-General António Guterres.

Of course, just because the UN secretary-general says that no new coal plants must be built does not mean that they won’t be. But the report, which draws on more than 14,000 scientific publications, surely does the fossil fuel sector no favours.

The report found that “each of the past four decades has been successively warmer than any decade that preceded it since 1850” and “in 2019, atmospheric CO2 concentrations were higher than at any time in at least two million years”.

Extreme weather events such as the droughts and massive wildfires that have become more common in recent decades will intensify, while sea levels will rise, putting coastal communities and small islands at risk.

“However, strong and sustained reductions in emissions of carbon dioxide (CO2) and other greenhouse gases would limit climate change. While benefits for air quality would come quickly, it could take 20 to 30 years to see global temperatures stabilise,” the IPCC said.

The general consensus is that those reductions will require a dramatic shift to green energy from the hydrocarbons that fuelled the Industrial Revolution and the rise of the modern world. This shift, in fits and starts, appears to be taking place.

In a report last year, accountancy firm PwC forecast that global oil demand would “never again exceed 2019 levels”. Meanwhile, the coal plants that the UN secretary-general does not want to see erected are slowly being starved of the capital needed to build them. Coal projects, from exploration to new mines to power plants, are increasingly finding it difficult to access finance.

Banks like to make money but they are also keen to avoid “reputation risk”, and at this stage of the 21st century a growing number don’t want to be seen funding global warming. Another PwC report found that in 2018, coal accounted for 23% of mining revenue generated by the top 40 global mining companies but only 15% of capital expenditure, a disconnect explained by the growing aversion of banks to the sector. Mining houses such as Anglo American, partly in response to shareholder pressure, are divesting from coal.

Still, the fossil fuel sector is not on the cusp of imminent collapse. A drop in global greenhouse gas emissions in 2020 was a consequence of the lockdowns that sparked a worldwide economic contraction of over 3% last year, according to IMF estimates. That underscores the dependence of the global economy on fossil fuels. Any energy transition that requires a decline in living standards will not get much political traction.

Here in SA – where, despite an abundance of sunshine and wind, close to 90% of energy generation comes from coal – Reuters reported in June that Eskom was hoping to woo global lenders to put up around $10-billion to transition to green energy and shut the vast majority of its coal plants by 2050. That is the kind of project that lenders are likely to embrace. But 2050 is almost three decades away.

There are other signs that the end of fossil fuels is not nigh. After plunging into negative territory at one point last year, oil prices have put in a spectacular rebound, rising around 45% since the start of January.

And according to the World Coal Association, global coal capacity rose every year from 2000 to 2019, nearly doubling from 1,066GW to 2,045GW. Coal remains the world’s biggest source of electricity,  and carbon capture and storage – the capture of the carbon emissions generated by coal and the storage of them underground – is seen by some in the industry as a panacea.

So, is the latest IPCC report the death knell for fossil fuels? It may be premature to ring that bell. But the IPCC’s latest findings are certainly another nail in the sector’s coffin. DM168