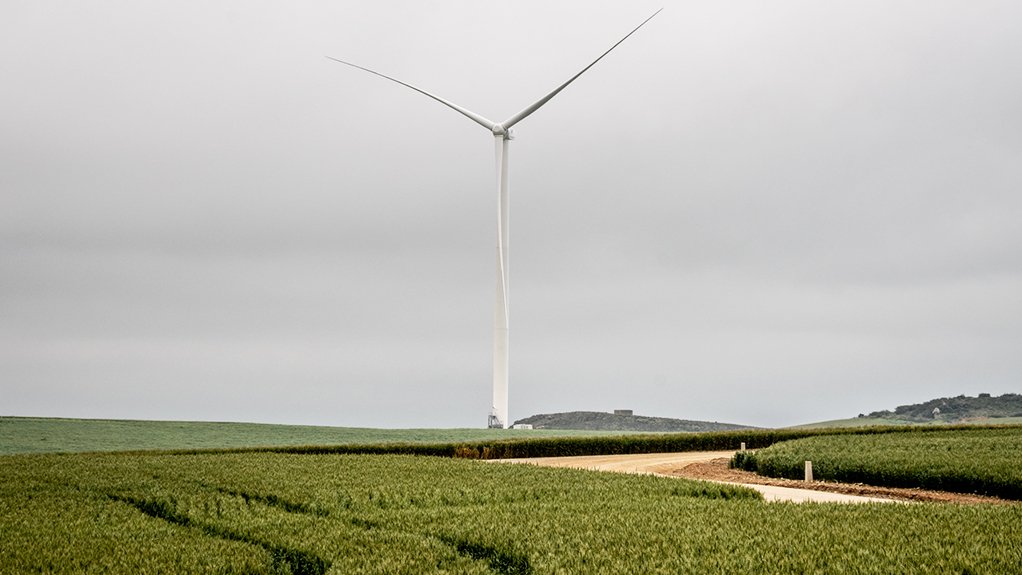 The 33 MW Excelsior Wind Energy Facility, in the Western Cape, has been connected to South Africa’s load-shedding-prone national grid, with all 13 of its wind turbines having been successfully commissioned.

The facility is believed to be the first Renewable Energy Independent Power Producer Procurement Programme Bid Window 4 (BW 4) project in the Western Cape to achieve the milestone. The province has three BW 4 wind farms under construction and nine in total.

Construction on the BioTherm Energy project started less than two years ago and the facility is expected to achieved its commercial operations date in October and begin generating over 132 GWh of renewable power each year for the 20-year duration of the its power purchase agreement (PPA) .

The BW 4 projects were procured by government in 2014, but proceeded four years later, owing to Eskom’s refusal to enter into PPAs for the projects.

The impasse was eventually cleared in early 2018 by then Energy Minister Jeff Radebe, who has since been replaced by Gwede Mantashe, who is Minerals Resources and Energy Minister.

Also affecting a BW 3.5 project, the impasse resulted in 27 projects, with a combined capacity of 2 300 MW being delayed notwithstanding years of load-shedding.

All of the projects have since achieved financial close and are at various stages of construction.

Promisingly, the National Energy Regulator of South Arica recently concurred with a new Section 34 Ministerial determination which could open the way for the initiation of BW 5 by year-end.

The Excelsior wind farm itself is connected to the grid through an on-site substation and a dedicated 132 kV power line connecting to the Vryheid substation, located close to the plant in Swellendam.

“We are pleased to mark this pivotal point in the construction of Excelsior Wind Farm, with all thirteen wind turbines commissioned and connected to the power grid, and are confident that we’ll be able to announce the commercial operations next month,” BioTherm Energy CEO Robert Skjodt said in a statement.

Tipping point: How many climate code reds does humanity need?