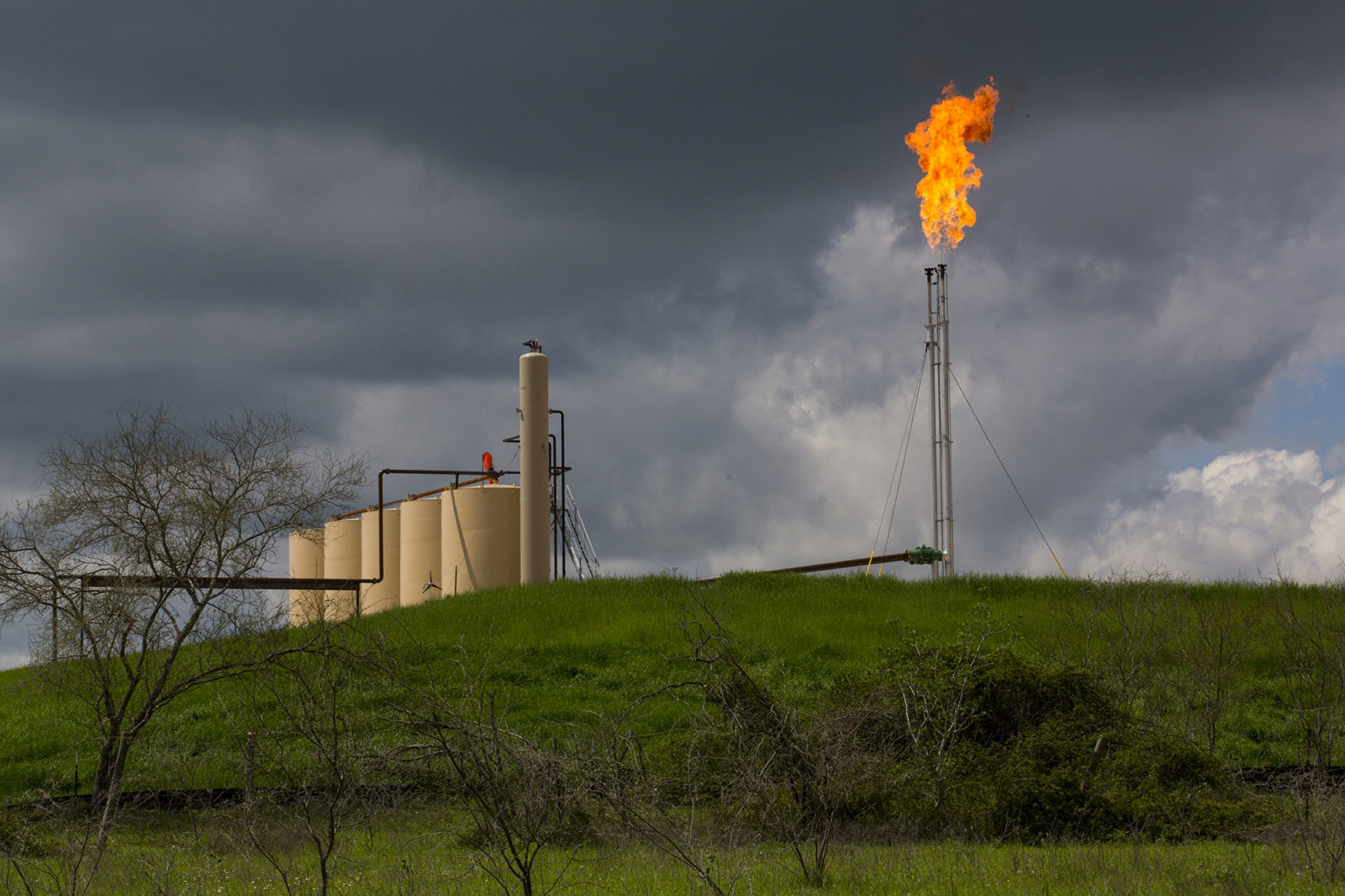 The State has opened the hatch to pouring scarce water underground, despite the rest of the world working towards banning fracking, and despite South Africa being one of the driest countries on Earth.

Fracking – or hydraulic fracturing – is a water-intensive technology pioneered in the United States and Canada to get access to declining reserves of fossil fuels by injecting a high-pressure cocktail of water, sand and chemicals deep underground to smash apart underground rock formations, raising major concerns about the pollution of surface and underground water supplies – and increasing the likelihood of earthquakes.

The new water-use measures, published by Sisulu’s department for public comment in a Government Gazette notice on 7 May, have raised fears in farmers, conservationists and other interest groups that this a further signal that the government remains determined to reopen the path for major exploration and drilling by the oil and gas fracking industry.

Following an initial storm of publicity just over a decade ago over plans to frack the water-scarce Karoo, the subject has increasingly faded from the public radar after a legal ruling that temporarily derailed the country’s fracking regulation plans. 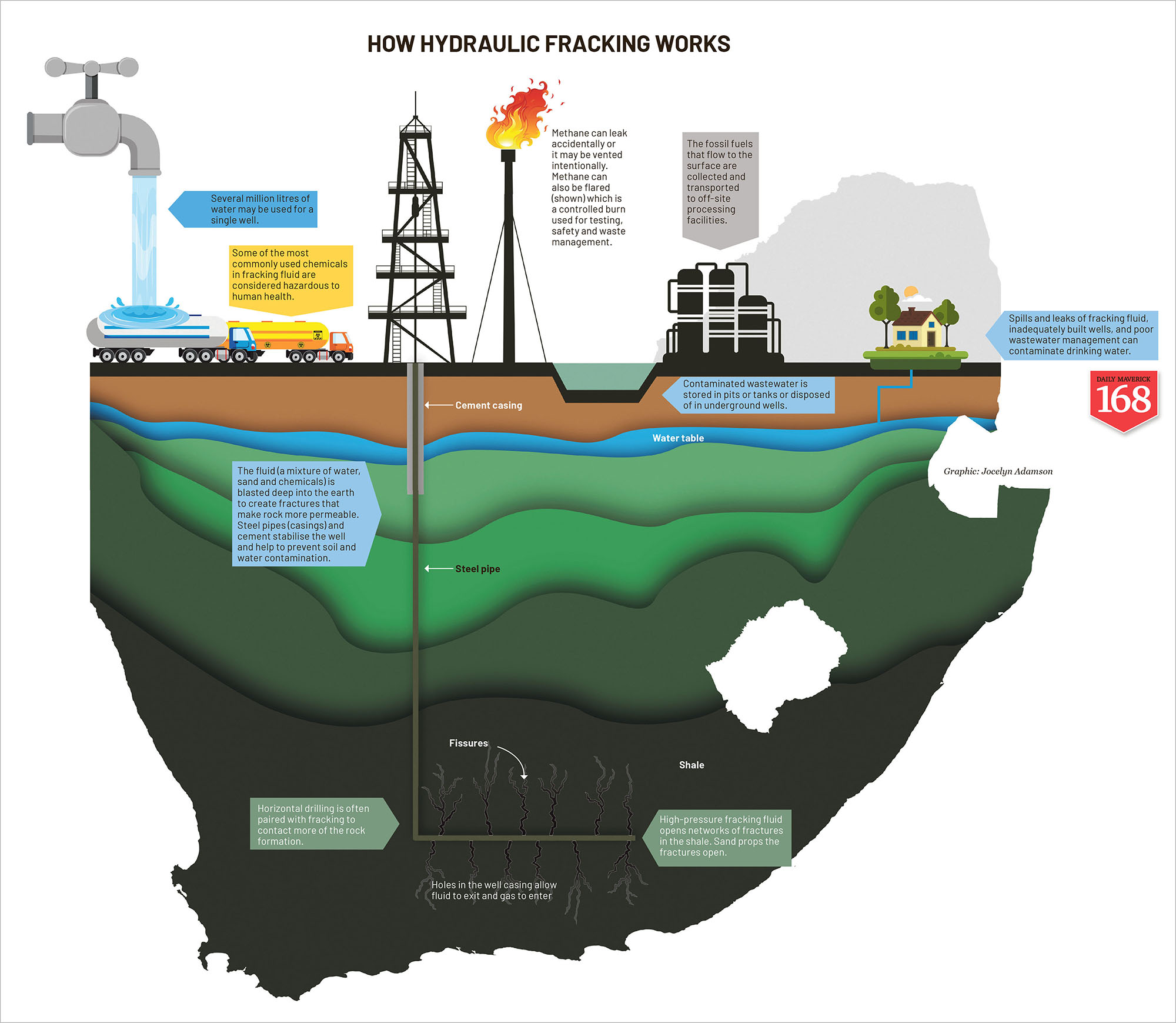 Following a legal challenge by the Treasure the Karoo Action Group (TKAG) and the civil rights group AfriForum, the Supreme Court of Appeal ruled in 2019 that the minister of mineral resources was not empowered to make regulations to manage the negative environmental impacts of fracking.

Now, coupled with a series of more recent pronouncements by Mineral Resources and Energy Minister Gwede Mantashe and other gas-related developments, the publication of the latest water-use regulations by Sisulu provide further indications that the fracking train is being pushed slowly back on to the rails.

To the astonishment of several interest groups, the public was given just 30 days to comment and respond to regulations that have profound implications for water security in a nation ranked as the 30th driest in the world.

In her budget speech to the National Assembly on 14 May, Environment Minister Barbara Creecy said efforts were under way to secure strategic water sources and wetlands that supply water to 60% of the country’s people, more than 90% of urban dwellers, 67% of national economic activity and 70% of irrigated agriculture.

“We are firmly of the view that, as a water-scarce country, we cannot afford to compromise any of our strategic water sources for short-term gain. In this regard, the department will continue to work with relevant government departments and other sectors responsible for mining, human settlements, agriculture and water affairs to protect strategic water sources from potential undesirable environmental impacts,” Creecy said.

At a national symposium on 19 May, Libby Dreyer, the Development Bank of Southern Africa sustainability head, reiterated these concerns, noting that the country was headed for a 17% water deficit by 2030.

“It’s very worrying that we hear ministers acknowledging that South Africa is a water-scarce nation, but government as a whole does not appear to be asking questions on why other nations are banning fracking. Something much bigger seems to be going on here,” he suggests.

De Klerk, along with the TKAG head Jonathan Deal, has written to Sisulu’s department demanding that the 30-day comment period be extended to 60 days at the least, to allow for expert interrogation of the proposals by hydrology and geological experts.

“Many of the scientists that we have previously used on these and related issues are tied up in other urgent projects and of course the effects of Covid-19 on their schedules is also complicating the issue.

“At the very minimum, 60 days may be best practice, but as we pointed out, the country is in a State of Disaster and is heading for a third wave of Covid-19 – at least according to our government.”

He says Sisulu’s department needs to re-evaluate the time frame for comments, as well as the mixed messaging from department officials on whether the comment period is one month or two months.

In an email sent to the department on 21 May, Deal said: “I am suggesting that having regard for the State of Disaster, Covid-19 third wave … and in view of the extremely technical nature of these regulations, and finally taking into account the potential consequences to the community of TKAG failing to properly comment on every aspect of the regulations, the department should be aiming at a minimum of a 180-day turnaround on the comment for these regulations.”

AgriSA, the national farming federation, told DM168 that it could not support the government’s onshore shale gas industry plans.

Although the proposed regulations helped to clarify the range of authorisations now required, “there is still no answer as to where the water that is needed to conduct exploration and production will be sourced from”.

“South Africa’s water challenges are all too apparent. We are one of the most water-stressed countries in the world. Our agricultural sector already requires almost 60% of South Africa’s water in order to maintain our country’s current food security. We are of the view that South Africa’s food security (and per implication that of our neighbouring countries and the region) is being put directly at risk by government’s intention to pursue onshore shale gas production.”

Elsewhere in the world an increasing number of countries have banned or imposed moratoriums on fracking because of concerns about water use, pollution, the climate crisis and earthquake risks.

In the US state of Oklahoma, government geologists have reported that the seismicity rate is now 600 times higher than the historical background seismicity rate, largely the result of the underground burial of water by the oil and gas industry.

The Oklahoma Geological Survey historically recorded about one-and-half earthquakes a year exceeding magnitude three. By 2015, the number of similar-sized earthquakes in Oklahoma had increased to about two and a half such events each day.

Government geologists have blamed this on the burial of “produced” water by the oil and gas industry rather than the fracking process itself, noting that water injection places increased pressure on natural geological faults deep within the earth.

A recent study by researchers at Duke University found that from 2011 to 2016 water use per well in the United States had increased up to 770%, whereas flowback and produced water volumes generated within the first year of production increased by up to 550%.

“There is even an initiative that is gaining momentum to get a global ban on fracking. Why does government think we will be able to frack differently and cause no harm to us, our children and their children?” she asked.

The Department of Human Settlements, Water and Sanitation has not been able to provide clarity on whether the deadline for public comment will be extended. For now, the department says the deadline is 7 June. DM168

The following countries have banned fracking based on mounting evidence:

Some sources attribute the genesis of fracking to battlefield observations made by Colonel Edward Roberts during the Battle of Fredericksburg in 1862.

During the fighting, Roberts watched the devastating effect that heavy artillery had on narrow, water-filled channels.

Accounts suggest that he later used this knowledge to design and obtain a patent for a civilian-use “exploding torpedo” that could be lowered into an oil well and detonated to shatter the surrounding rock. When water was pumped into the well, oil flows increased – in some cases by as much as 1,200% – and fracking was established as a way to increase a well’s productive potential.

According to the US-based Natural Resources Defense Council, such explosives were replaced with high-pressure blasts of liquids in the late 1940s, and so “hydraulic” fracking became the standard in the US oil and gas industry. Since then, approximately one million wells in the US have been “fracked”.

Yet mounting global evidence about the negative impacts of this procedure on people, the environment and water resources has prompted several countries, provinces or states to ban fracking or impose moratoria. They include:

The province of Victoria amended its constitution last year to prohibit fracking permanently. Premier Daniel Andrews said his Labour government had listened to the voices of farmers and regional communities and had taken a decision to enshrine the ban in the constitution, making it more difficult for future governments to reverse this.

The Tasmanian government imposed a moratorium on fracking until 2020, which was recently renewed until 2025.

In 2011, France was the first European country to ban fracking after sustained public pressure. In 2017, President Emmanuel Macron and the French parliament passed a law that also banned exploration and production of all oil and natural gas ventures within mainland France and overseas territories.

The Netherlands imposed a moratorium in 2015, an example followed by Denmark in 2016.

Following a series of nationwide public protests, the Bulgarian government banned fracking in 2012 and said it would only reconsider the matter if it became clear that it posed no risks to the environment. Many of the protesters held loaves of bread above their heads to symbolise concerns about the country’s food security.

With some exceptions, most fracking has been banned in Germany since 2016, with the matter due to be reconsidered this year.

In May 2021, the Spanish Congress approved a new decarbonisation bill that also banned fracking.

The Republic of Ireland passed a bill in 2018 to ban all onshore fracking.

In 2015, the National Assembly of Wales approved a moratorium on fracking, “until it is proven to be safe in both an environmental and public health context”.

Scotland banned fracking in 2017 following “one of the most far-reaching investigations into unconventional oil and gas by any government anywhere in the world”.

“Based on the evidence on impacts and the clear lack of social acceptability, I can confirm the Scottish government final policy position is that we do not support the development of unconventional oil and gas – often known as fracking – in Scotland,” said energy minister Paul Wheelhouse.

In 2019, England imposed a fracking moratorium and warned that it would not agree to fracking in the future “until compelling new evidence is provided” that it could ever be safe.

The UK’s only active fracking site at Preston New Road in Lancashire was brought to an immediate halt after fracking triggered multiple earth tremors that breached the government’s earthquake limits.

The State of Vermont banned fracking in 2012, followed by New York State in 2014, Maryland in 2017 and Oregon in 2019, while Florida has also imposed restrictions.

Earlier this year, the Delaware River Basin Commission declared fracking to be a significant risk to human health and aquatic life and banned such activity around this major provincial river system.

According to the Associated Press, the ban applies to the entire watershed and two counties that form part of the Marcellus Shale. Nearly 13,000 wells have been drilled elsewhere in the vast Marcellus formation, turning Pennsylvania into the second-largest gas-producing state.

“The fracking ban in the Delaware River basin is a momentous victory for public health, the environment, and against climate change,” said Kimberly Ong, an attorney at the Natural Resources Defense Council. But Republican state lawmakers in Pennsylvania as well as a landowner group have filed lawsuits challenging the commission’s right to regulate gas development in the watershed.

The Province of New Brunswick banned all fracking in 2015, and Quebec also has a similar ban for shale gas fracking.

In 2017, Uruguay banned fracking for at least four years. In Argentina, the province of Entre Ríos prohibited fracking to protect surface and underground waters, including the Guaraní aquifer.

In Brazil, the State of Paraná and Santa Catarina prohibited fracking in 2019.

In 2019, Mexico suspended a previously granted authorisation to allow fracking in Veracruz and Puebla. DM168