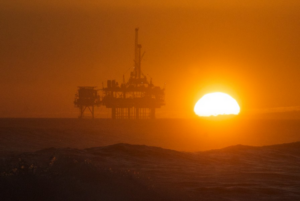 With many countries and regions trying to open up their economies after COVID-19 lockdowns, many in the oil industry had been hoping that as hundreds of millions of people resume as normal a life as possible, demand for oil would pick up to pre-COVID levels.

This is not going to happen. The “old normal” is not coming back. As we have been repeatedly saying for months, we are witnessing the end of the oil age. Even once great giants are now crumbling at their core.

Today, oil giant Shell, a titan of the industry, revealed a net loss of USD 18.3 billion for the second quarter of this year, down from a net profit of USD 3 billion over the same period last year. This means Shell business is down USD 20 billion from last year.

Meanwhile, another titan, French oil company Total, has announced a USD 8 billion write-down on the value of its assets, including USD 7 bilion from dirty Canadian tar sands Canadian operations.

The company stated, “total now considers oil reserves with high production costs that are to be produced more than 20 years in the future to be ‘stranded.’”

What the industry denied for years, that its assets have become liabilities, has become a reality.

It is not just the international oil companies that are in trouble. The Organization of Petroleum Exporting Countries (OPEC) is the cartel that has dominated the oil and gas landscape for decades.

But the cartel, which is responsible for about a third of global production, can feel its once dominant power slipping away, like sand through the fingertips. On Tuesday, Reuters ran an article entitled, “End game for oil? OPEC prepares for an age of dwindling demand.”

The pandemic, writes the news agency, has prompted senior officials at OPEC “to ask whether this year’s dramatic demand destruction heralds a permanent shift and how best to manage supplies if the age of oil is drawing to a close.”

The fact that OPEC is finally publicly acknowledging what others have been saying for months is to say the least, interesting.

One industry source close to OPEC told Reuters that, “people are waking up to a new reality and trying to work their heads around it all.” The source added, “the possibility exists in the minds of all the key players that consumption might never fully recover.”

Hasan Qabazard, OPEC’s head of research from 2006 to 2013, who now advises hedge funds and investment banks on the cartel’s policies and direction, spoke bluntly to how seismic the pandemic would be for the energy market, saying that the fallout from COVID-19 will change consumer habits for ever. “This is permanent demand destruction.”

Even gas, once touted as the so-called “bridge fuel” to a clean energy future, is in trouble. Also on Tuesday, the energy analyst S&P Market Intelligence, issued a report on “the path to net zero.”

S&P argued that “cracks are starting to show in utility support for using natural gas as a bridge fuel to a low-carbon future.” One significant crack in the gas bridge fuel narrative earlier this month was the cancellation of the Atlantic Coast Pipeline.

This shows that the disinvestment movement is having an effect, pandemic or no pandemic. Oil Change International and others have long maintained that gas is not a bridge fuel.

In the aftermath of the decision, my colleague Lorne Stockman wrote, “there is little doubt that movements for environmental and climate justice in the U.S. and Canada are turning the tide on a reckless and arrogant industry that has run roughshod over all else for too long.”

Christi Tezak, from the firm ClearView Energy Partners told S&P that while “ACP’s cancellation is the biggest casualty of the bridge-fuel trend,” so far, “this ship has been turning for a while.”

Other analysts quoted by S&P agreed. Dennis Wamsted, an energy analyst at the Institute for Energy Economics and Financial Analysis, said: “The bridge hasn’t just cracked, I think it’s crumbling. You can make a very compelling argument that nobody needs to build new gas plants in the U.S. to make the transition work to renewable energy.”

Indeed, every day renewables gets cheaper and cheaper. A paper published in the scientific journal Nature this week examined the potential for offshore wind competitiveness without any government subsidies.

The research examined wind power for five countries in Europe and found that offshore wind is going to be so cheap that it will soon no longer need government subsidies to compete, and that significant savings could soon be potentially passed on to consumers.

The lead researcher Dr. Malte Jansen, from the Center for Environmental Policy at Imperial College in London, said: “Offshore wind power will soon be so cheap to produce that it will undercut fossil-fueled power stations and may be the cheapest form of energy for the UK…This is an astonishing development.”