Ramaphosa’s plan: Economic recovery for the few, ecological devastation for many 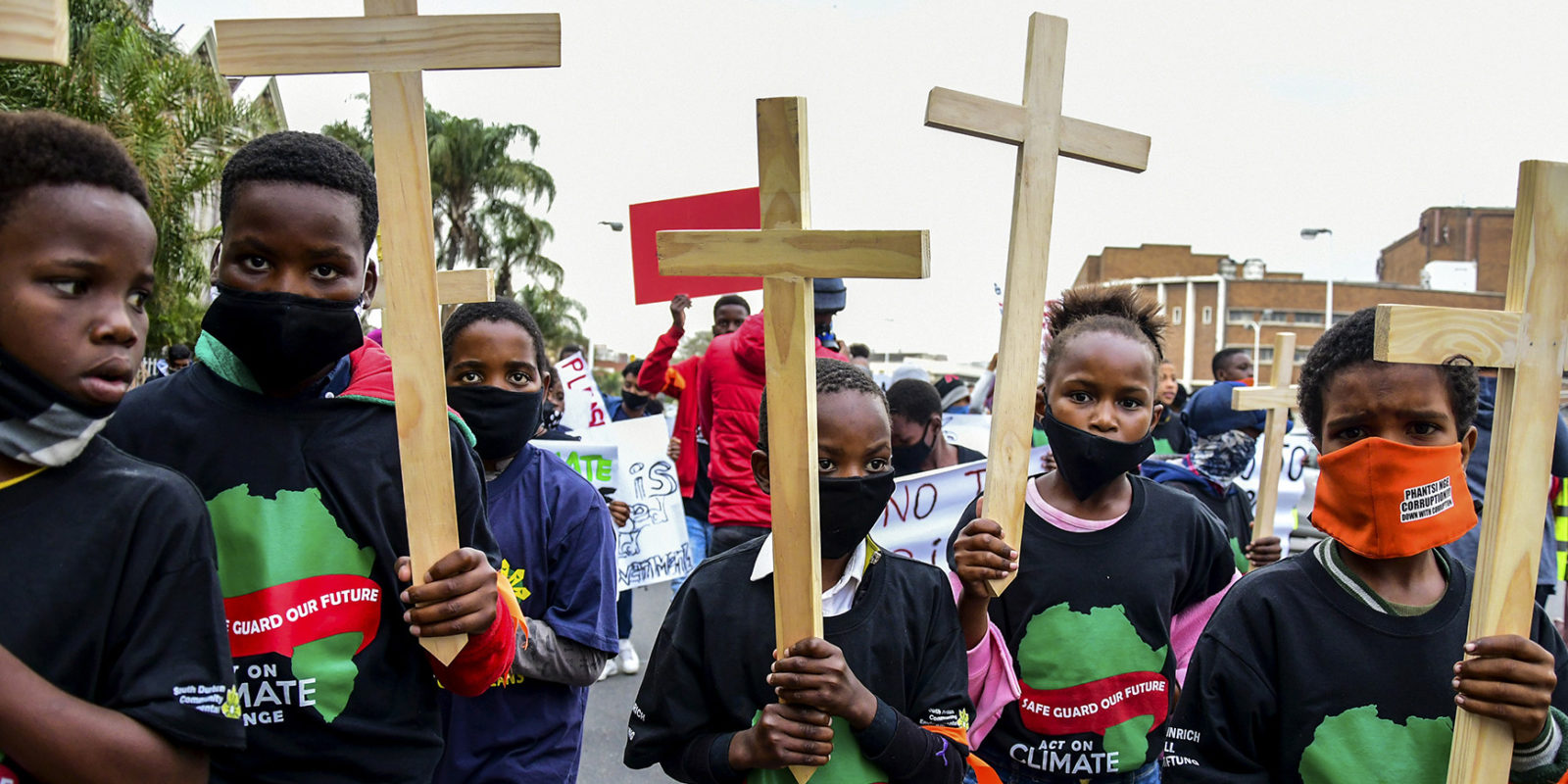 President Cyril Ramaphosa has called his economic recovery plan ‘green’ and ‘sustainable’. However, below the surface-level rhetoric lies an agenda premised on ecological devastation for the majority of South Africa’s most vulnerable citizens as the chosen few get to reap the benefits.

In the decades that the ANC has been in power, it has often talked left and walked right. It has demonstrated a remarkable propensity for political double-speak, promising one outcome in word and delivering another in action. When it comes to tackling the climate and ecological crises we face, President Cyril Ramaphosa seems to be honouring the ANC’s double-speak legacy.

While Ramaphosa spoke of our economic recovery from Covid-19 being “green” and “sustainable”, in action his plan is doing the opposite. It is set to deepen our current status as one of the most environment-polluting and unequal economies in the world – a country built on the foundations of an exploitative, extractive and harmful minerals and energy complex.

Ramaphosa’s plan is not the just recovery that much of civil society has been calling for. To see why, it is vital that we move beyond the president’s rhetoric and dive into the details of his economic recovery plan. Betraying promises of sustainability is a policy agenda that puts polluting corporations and infrastructure plans at the heart of our so-called recovery.

One of the key pillars of the Ramaphosa recovery is the promise to dismantle and weaken our environmental regulations. In particular, he promised that “time-frames for mining, prospecting, water and environmental licences will be reduced by at least 50%”. Doing so threatens to weaken already inadequate policies to ensure communities are protected and included.

Communities across South Africa are already protesting against the fact that harmful mining projects often steamroll over their right to say no. On October 12 2020, Mining Affected Communities United In Action (MACUA) delivered a petition with more than 50,000 signatures to the Union Buildings, demanding the right to free, prior informed consent. The president’s response moves us in the opposite direction and weakens regulations further.

The president himself has also been a champion of a monstrously polluting new project, in the form of the Chinese-driven massive coal-powered, heavy-industrial, polluting special economic zone proposed for Limpopo. The project’s sad excuse for consultation saw the likes of Anglo American registered as one of the two consulted “civil society” organisations. The whole process has been an absolute sham of non-consultation.

Such blatantly undemocratic projects are probably a big part of why the president and the ANC are seeking to weaken environmental and social regulation for projects. They know their projects will not stand up to the light of proper public scrutiny and the law, so they are doing their utmost to fast-track them and weaken regulations.

On the climate change front, the president is not doing much better either. The climate science is clear that we need to be rapidly moving away from polluting fossil fuels like coal, oil and gas. However, going in the opposite direction, the president wants to “unlock our country’s enormous untapped potential in upstream oil and gas reserves”.

It’s not clear how the president and ruling party square these actions with the promises made to young South Africans to act on climate change. It’s not clear whether it’s a lack of moral conscience or cognitive dissonance preventing them from recognising that their actions are condemning young people to deepening climate chaos.

The president did tout the claim that more than half of all new energy will be provided by renewable energy. That might sound impressive. However, in reality that reflects a commitment to slow the uptake of renewable energy, rather than accelerate it. Let me explain.

The Integrated Resource Plan (IRP) is South Africa’s electricity blueprint. The government modelling underpinning the plan showed that a predominately renewable energy future was our most affordable energy future. Yet the Department of Mineral Resources and Energy (DMRE) rigged the IRP, artificially limiting how much renewable energy is allowed.

So, despite renewable energy being our most affordable and job-creating energy source, the DMRE limited the IRP to force in new coal, nuclear and fossil gas. Doing so will end up costing us tens of billions of rand more than a more renewable energy powered future would. It will also mean we create more pollution and fewer jobs, and slow down our already anaemic economy.

While some might try to paint this issue as the environment versus the economy, the truth is that the harmful trajectory we are on will weaken our economic growth. It will sacrifice our environment in the name of delivering profits to polluting corporations. All the while it will weaken and hamper stronger, more inclusive economic growth for South Africa.

Even the renewable energy that will come online seems set to be dominated by private corporations. Thus, it fails to properly deliver on the demands of civil society for a just transition to a more socially-owned renewable energy future and a Green New Eskom. It misses out on an opportunity to transform our energy sector to better benefit all South Africans.

When you add all this up, Ramaphosa’s recovery seems set to solve the crisis of Covid-19 by inflaming the climate and ecological crisis and deepening the interconnected social harms and inequalities it drives. Instead of embracing the possibility of a truly just and transformative recovery, it repackages the old harmful ways, and tries to sell it as new.

If we are to ensure climate justice in our lifetimes, we must push for a different vision. A just recovery from Covid-19 presents us with a once-in-a-lifetime opportunity to transform our economy away from the deeply unequal, exploitative, and ecologically harmful foundations it was built on. If we do not do so, we will have squandered the rapidly closing window of opportunity left to prevent some of the worst impacts of climate change. DM/MC

Alex Lenferna is a climate justice campaigner with 350Africa.org and serves as secretary of the Climate Justice Coalition. He is a Mandela Rhodes and Fulbright Scholar who holds a PhD focused on energy and climate justice from the University of Washington.