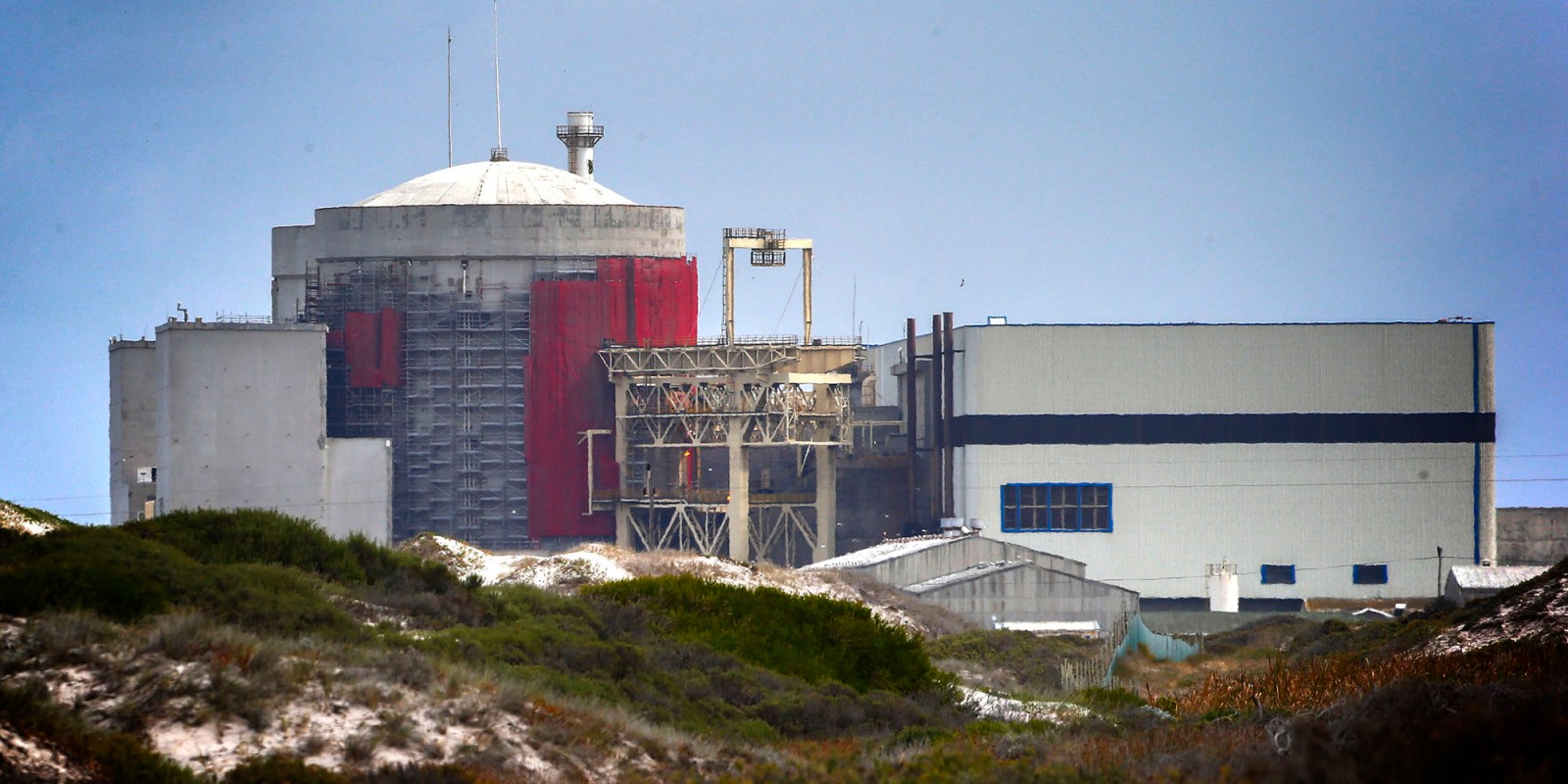 After 452 days of uninterrupted operation since its last refuelling outage, Unit 2 of Koeberg Nuclear Power Station went offline on Monday. The outage is expected to last for the next five months and the unit’s extended stint offline is likely to place additional strain on SA’s electricity supply system.

Aplanned outage of Koeberg Nuclear Power Station’s Unit 2 began on Monday. At five months’ duration, the outage is expected to be a “once-in-a-lifetime outage” — the most complex one that Eskom has undertaken.

This is according to Chris Yelland, energy analyst and managing director at EE Business Intelligence. “This is not a regular refuelling maintenance outage; actually, it’s a massive outage,” he said. “It’s not an ordinary outage and it’s not a regular outage timewise. It’s a highly unusual outage that has never been done before at Koeberg.”

While Unit 2’s shutdown was originally scheduled for 3 January, it was delayed by Koeberg to finalise the travel arrangements of certain required international contractors during the Covid-19 Omicron wave, according to Lewis Phidza, stakeholder management manager at Koeberg.

The outage will not only allow for the replacement of the unit’s nuclear fuel, but also accommodate the replacement of certain components necessary for Eskom’s plan to extend the lifespan of the power station by 2o years beyond its original shutdown date in 2024.

“The durations for the less intensive outages have typically been between 35 and 50 days, and the more intrusive outages around 100 days in duration,” said Phidza. The current outage of 155 days is not the norm, but is necessary to allow the replacement of the unit’s three steam generators and the reactor head, which have added 55 and 12 days to the outage, respectively, he said.

Once Unit 2 is back online, an outage of a similar duration will follow for Unit 1. The extended unavailability of the units means that the electricity supply system may be under additional strain during the coming year, said Phidza. He said that load shedding was not planned, as it was initiated only as a “last resort” to maintain the balance between generating capacity and demand.

However, the bottom line is that taking the two units of 920 megawatts each offline for a cumulative stint of about 10 months will leave South Africa with less power generation capacity than it would normally have, and thus increase the risk of load shedding, according to Yelland.

The outage also needs to be understood in the context of broader South African power struggles. The damages resulting from the Medupi Power Station explosion, which took out one of the plant’s generators, could take up to two years to fix, said Yelland. While an extra unit may have come on at Kusile Power Station, it still needs to undergo testing and commissioning that will see it going on and off continually for the next six months to a year, he added.

“So, if you take all of this into account, my analysis is that this year is going to be a more difficult year than last year — and last year was a record year for load shedding… and the previous year was a record that was only beaten by 2021,” said Yelland.

“I expect the energy availability factor of Eskom to continue its slow decline.”

In a January 2022 paper by Clyde Mallinson, energy consultant and director of Virtual Energy and Power, it is posited that the replacement of Koeberg’s steam generators and the pursuit of the station’s life extension will result in 1,603 hours of load shedding in 2022, as opposed to 785 hours if the life extension were not pursued.

Furthermore, he claims that the life extension project will cost an estimated R5o-billion, including the actual costs of the life extension, additional open-cycle gas turbines usage, large key-customer curtailment requests or instructions, and scheduled load shedding.

“If Koeberg is decommissioned in mid-2024, as per the original planned retirement date, it will be possible to replace the generation contribution from Koeberg with a combination of solar PV [photovoltaic], wind and storage,” according to Mallinson’s paper.

However, Phidza maintained that Koeberg’s units, as the largest generating units on the African continent, provide a significant contribution to South Africa’s electricity demand.

“The Koeberg Nuclear Power Station is an important part of the Eskom generating fleet due to its reliable operation, low primary energy costs, its strategic location in the Western Cape to stabilise the national electricity grid and the fact that it is a clean source of energy,” said Phidza. 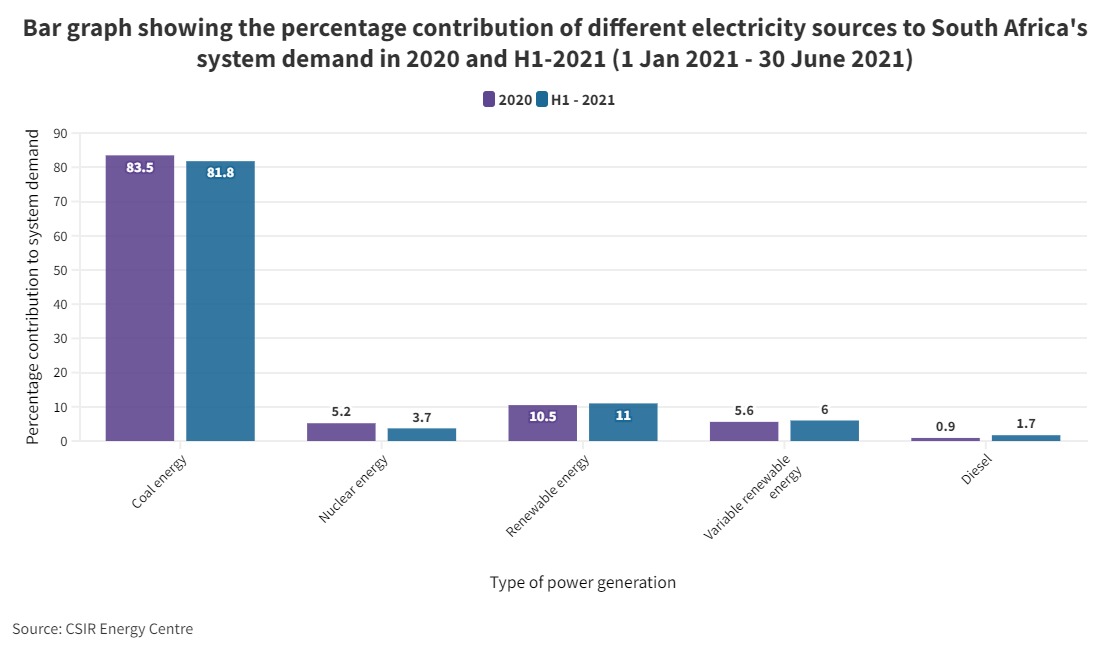 While Eskom does require approval from the National Nuclear Regulator (NNR) to replace the steam generators, this is completely separate from the approval it will need to keep Koeberg operational beyond its 2024 shutdown date.

“The only link between the two is that even way back in 2010, Eskom recognised that it would be difficult to justify operating Koeberg for an extended period if [the steam generators], together with a limited number of components, were not replaced to address known operational ageing mechanisms,” explained Phidza.

Eskom does not yet have the go-ahead from the NNR to replace Unit 2’s steam generators, according to Yelland. However, it is his understanding that the regulator has approved Eskom’s safety case for the replacements in principle, subject to Eskom meeting a few easily implementable requirements.

“Eskom will not go ahead with the steam generator replacement without NNR approval,” said Phidza.

Certain South African civil society organisations continue to stand in opposition to the extension of Koeberg’s lifespan. In December 2021, the Koeberg Alert Alliance (KAA) and the Southern African Faith Communities’ Environment Institute (SAFCEI) held a protest questioning the safety of the extension.

Now, a month later, Francesca de Gasparis, the executive director of SAFCEI, said that Eskom has failed to address their concerns.

“We all want our opportunity to present the data that we have about why we don’t need more nuclear energy. We want the opportunity to bring in world-class experts who say there is no future for nukes globally — the risks are too high, especially when you look at climate change,” said De Gasparis.

“You know, these are really big-ticket costs that happen when you’re doing even planned maintenance. You’re talking about billions of rands. So, we do feel that it’s really important that the government — whether it’s Eskom or any of the other actors — be more transparent and engage us more,” she added.

Peter Becker, spokesperson for KAA, believes that the cost of the life extension project will be far higher than Eskom’s current estimate of R20-billion.

The reduction in the scope of work required to extend the power station’s life since 2010 is concerning, he added.

“There’s no transparency. All of this is done in the kind of traditional way for the nuclear industry, which is behind closed doors, and leaves the public out of it.” DM