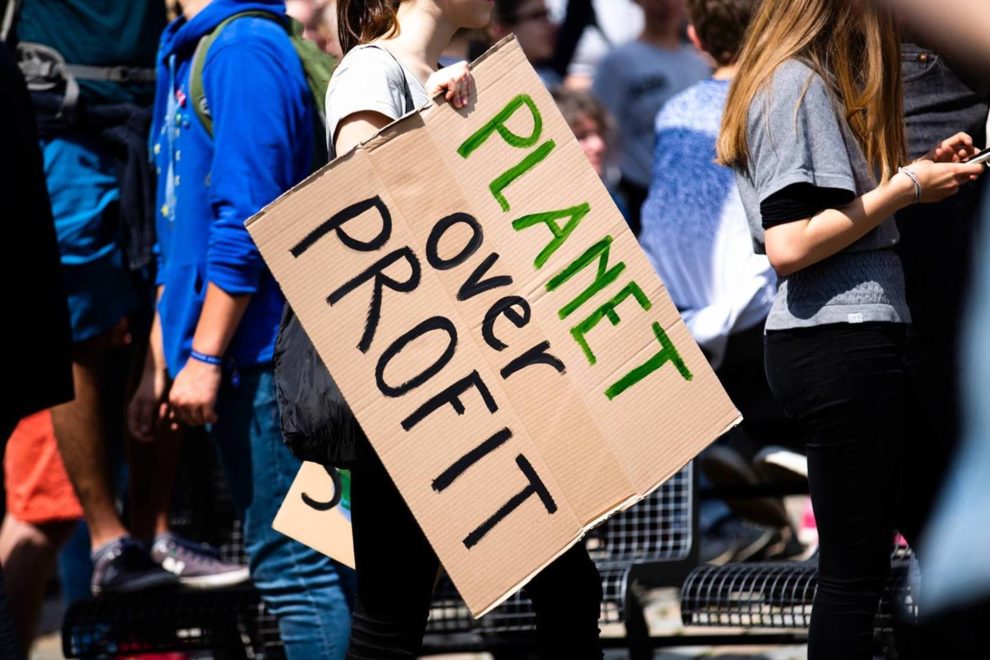 A global coalition released a “liability roadmap”, a first-of-its-kind tool outlining how local to global decision makers, can hold polluting industries liable for the climate damage they knowingly cause, while unlocking climate finance needed to address the climate crisis and implement solutions. 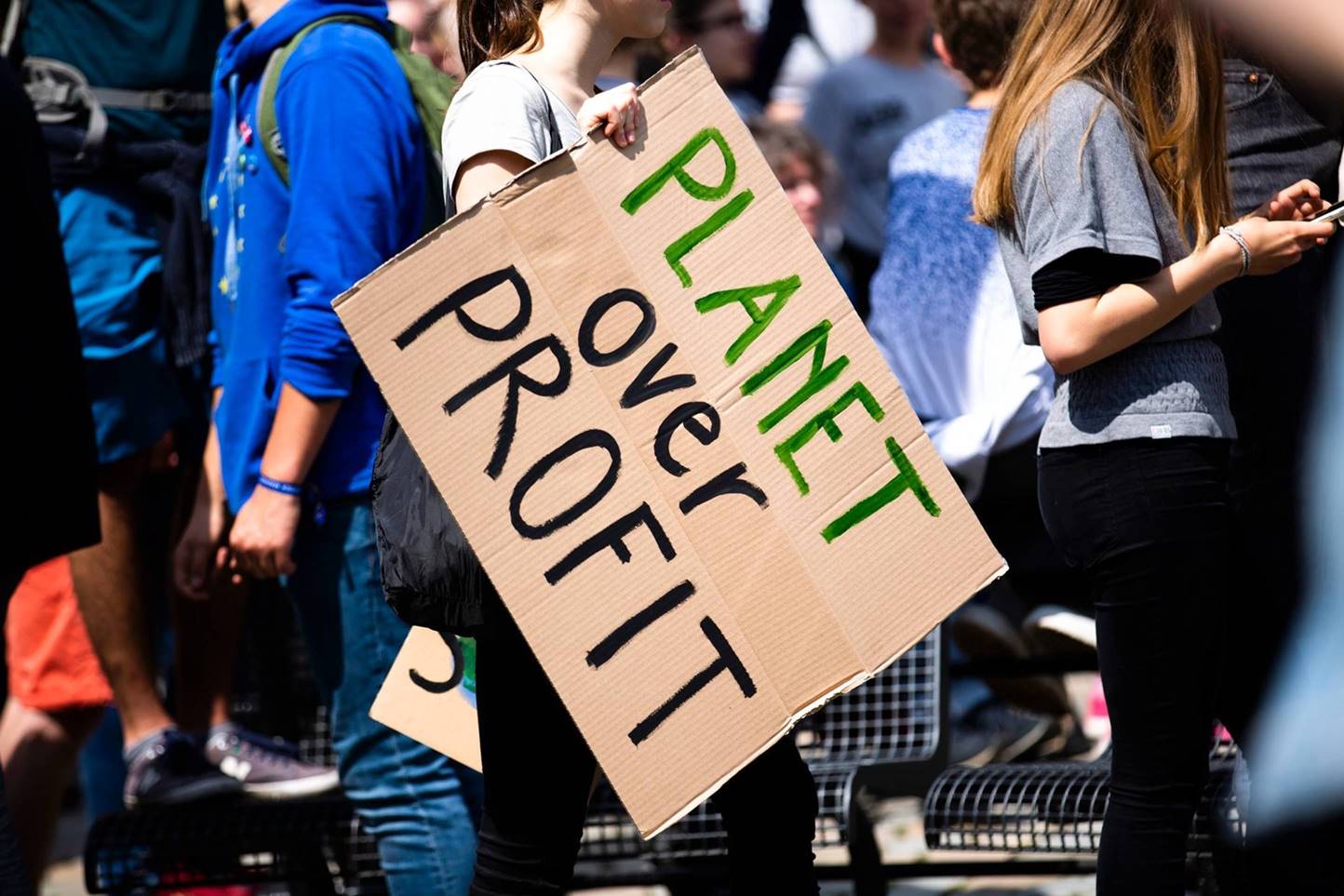 This roadmap, released just one week before UN climate week [and days after Portuguese young people announced they’re suing 33 countries over inaction on climate change,] is the next stage in the global campaign to Make Big Polluters Pay.

Last September, international climate organizations launched a global call for Big Polluter liability at the UN Secretary General’s Climate Action Summit in New York City. And at COP25 in Madrid, the demands of hundreds of thousands of people to make Big Polluters pay were delivered to government delegates. Organizations and signatories echoing this call hail from around 70 countries including Bolivia, The Philippines, and Nigeria.

Liability has taken on new importance amid the COVID-19 pandemic and unprecedented climate disasters. Many Big Polluters are in large part responsible for the multi-faceted crises people are facing and are still attempting to profit from fueling it – demanding government bailouts and rolling out PR schemes that position themselves as solutions.

Fossil fuel and other polluting industry liability is a growing area of focus for climate experts, academics and governments alike as the industry’s long history of denial and the link between industry emissions and climate impacts becomes more evidenced. From U.S. states to Vanuatu to Peru, elected officials and people are exploring holding polluters like the fossil fuel industry liable for its long history of deceit and environmental destruction.

For example, The Philippines’ commission on human rights has concluded that the fossil fuel industry can be held legally responsible for their role in climate change. Earlier this year, the expansion of Heathrow Airport was successfully stopped after civil society argued it was a violation of the UK government’s Paris Agreement commitments. Indian fisherman challenging the International Finance Corporation (IFC) secured a precedent-setting judgement in the U.S. Supreme Court in 2019.

In Peru, a farmer is suing a German utility for its role in the crisis harming his livelihood. And, in the United States this year, a federal court ruled against the fossil fuel industry in a procedural matter that could not only clear the way for more cities and states to seek industry accountability, it could even revive cases that had been previously dismissed at the U.S. federal level.

What are organizations behind Make Big Polluters Pay saying?

“Scientific evidence is clear, the prevailing agribusiness industry is one of the major drivers of climate change and eco-destruction. It is heavily reliant on fossil fuels, extractivism, agrochemicals, deforestation, and land-use changes. More importantly, this harmful industry is directly affecting the enjoyment of a number of human rights – in particular the human right to adequate food and nutrition. Big polluters have to be held liable for their ‘dirty’ agribusiness in order to restore essential eco-system services, heal the planet and protect present and future generations’ rights,” said Astrud Beringer, from FIAN International.

“The facade of promoting Nature based Solutions, Net Zero and offsetting is a clear pointer that the polluting industries continue to subvert their immediate obligation  to reduce emissions. The New Normal is besieged with massive bail outs to the fossil fuel and aviation industries with the agri-business surviving merrily on perverse subsidies; denying the fact they are liable for the climate crisis and rising GHG emissions, deforestation, destruction of livelihoods and food security of billions. A bottom-up global Peoples' Movement demanding liability from the rogue corporations and climate denier governments would be a Peoples Pathway that continues to demand climate justice recognising and respecting equity, gender equality and the rights of the Indigenous Peoples, Local Communities, Peasants, Fisherfolks and Workers,”said Souparna Lahiri, Climate campaigner and advisor, Global Forest Coalition

“The liability roadmap is about more than lawsuits and courtrooms. This is about making Big Polluters pay for the havoc they’ve wreaked by fueling the climate crisis and about forcing them to end their abuses. This is about making Big Polluters pay for causing decades of suffering and destruction in communities on the global frontlines of the climate crisis, with no end in sight. The roadmap will carry us further down the road where Big Polluters are forced to put people’s well-being and the well-being of the Earth and its ecosystems above expansion, extraction, and profit making.” Sriram Madhusoodanan, U.S. climate campaign director, Corporate Accountability

“The launch of the liability roadmap is timely. It presents an opportunity and pathway that African governments must seize to finally hold polluting industries accountable for the environmental and human rights abuses they have caused in communities across Africa and the world over.” Akinbode Oluwafemi Executive Director -Corporate Accountability and Public Participation Africa (CAPPA)

“Big Polluters have wrecked our climate, ecosystems, lives and livelihoods, for too long. They manage to abdicate any responsibility, and only benefit from the damage they cause, which falls disproportionately on Global South communities, Indigenous Peoples, people of colour, women, workers, farmers, peasants and low-income communities. The Liability Roadmap is a tool we can use to call to account those who have knowingly caused the climate crisis, and make them pay. Not only that, it lays the foundations for systemic change – reducing corporate power and ensuring resources for the much-needed just transformation,” said Sara Shaw, Climate Justice & Energy Program Coordinator, Friends of the Earth International

"The same people at the front line of the health, food and economic crises are the same people at the front line of the climate crisis. Transnational corporations have benefited from a broken system based in structural violence that repeatedly harms Black, Indigenous, peasant, and local communities. These systems of oppression only benefit corporations and the elites of the world. But, there is not a planet B. As peoples rise against oppression and racism, we must also rise against Big Polluters that are destroying our lives, our present, our future. This tool will bring us one step closer to making Big Polluters pay and thus, closer to justice." – Nathalie Regifo Alvarez, Latin America Climate Campaign Director, Corporate Accountability