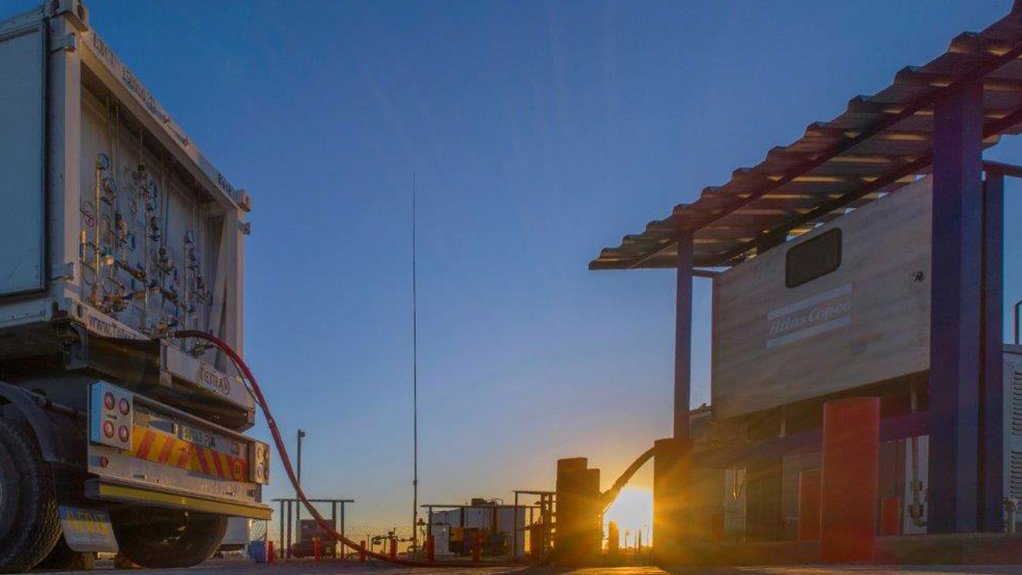 Logico specialises in the retail industry and fast-moving consumer goods and provides abnormal-length transport services to a range of customers in many industries, with a primary focus on rail and pipe.

The company also provides secondary distribution solutions to its clients in KwaZulu-Natal and Gauteng.

Logico MD Clint Brooks says, “duel fuel trucks are undoubtedly the way forward and the ability to implement is on our doorstep”.

Brooks and Logico CEO Bryan Cuff believe gas-fuelled trucks “will become a reality in the medium-term when Renergen expands its production and footprint in South Africa”.

Renergen CEO Stefano Marani, meanwhile, says the adoption of sustainable solutions in business has reached a tipping point and that “partners like Logico are among those leading the pack”.

LNG, when used as a substitute for diesel in trucks, not only results in significant cost reduction but has the added benefit of reducing greenhouse-gas emissions. The longevity of engines also improves owing to the lower levels of impurities in fuel, which in the long run, adds to the savings when switching from diesel to LNG, he adds.

The LNG filling stations will be up and running by the start of the third quarter of 2021, at the latest, Total South Africa regional sales manager Lebogang Buthelezi said in July.

The agreement with Renergen is in line with Total’s strategy to move towards a more carbon-neutral space, with cleaner and more sustainable energy sources.

Renergen is also in the construction phase of South Africa’s first commercial LNG plant and is expecting a turn-on date for the plant around the third quarter of 2021.

Phase 1 of the plant will produce around 50 t of LNG daily, while Phase 2 will see this increase to the LNG equivalent of about 75 000 ℓ a day. Phase 2 will be completed by 2023, by which time over 150 wells would have been added.

Renergen will have multiple delivery trucks across South Africa that will deliver the LNG fuel to multiple sites once the project is in its third phase, with long-term projections aimed at the establishment of filling stations in Cape Town, Johannesburg, Harrismith, Bloemfontein, Port Elizabeth and Durban.

The pilot project also includes helium resources, which will go to the export market, and will initially provide 350 kg a day of helium as part of the Phase 1 development. Output will be increased to up to 10 000 kg of helium a day in Phase 2.

Karpowership SA: How much again?