By Loni Prinsloo and Antony Sguazzin
May 6, 2021 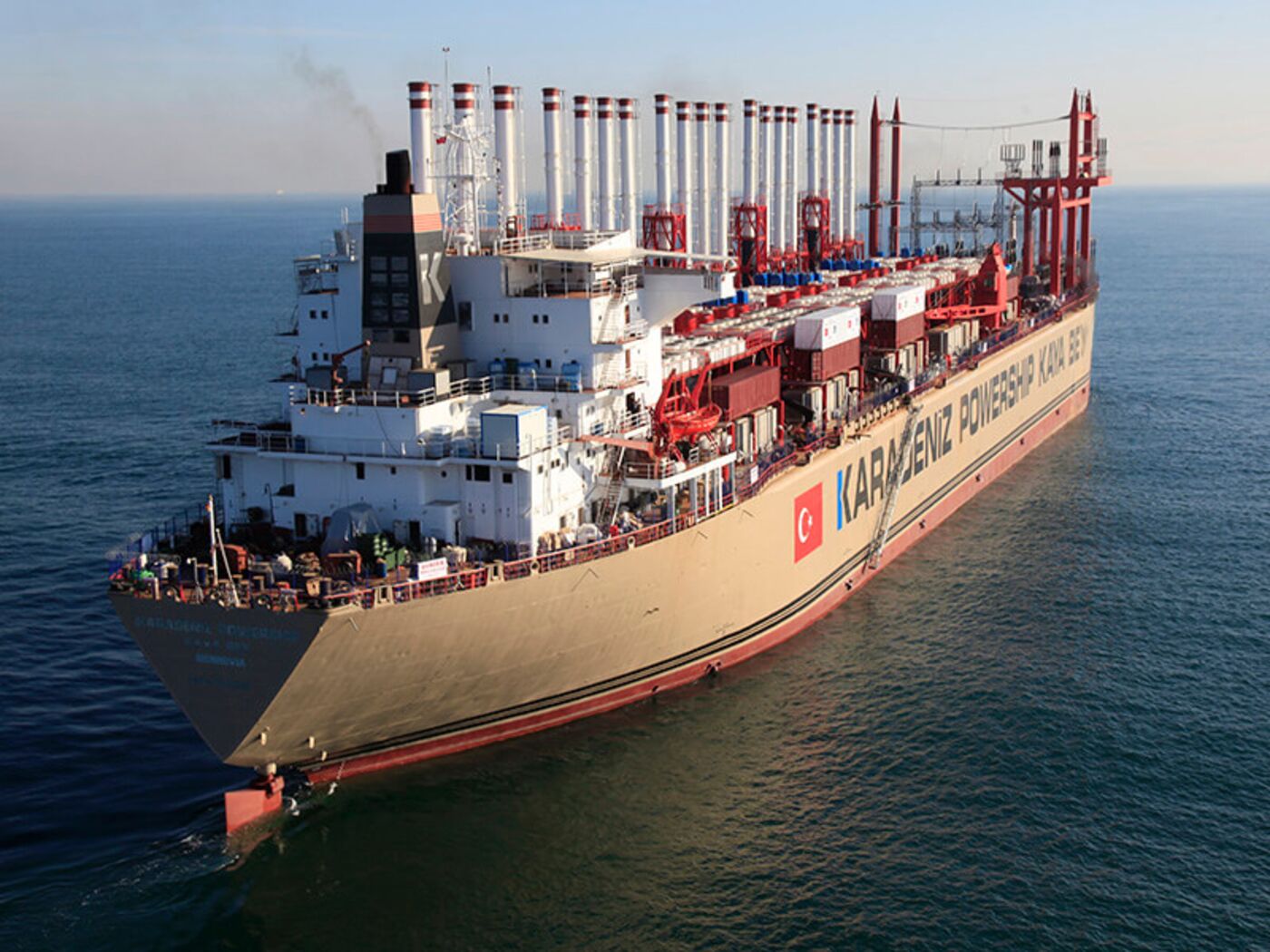 Eskom Holdings SOC Ltd., South Africa’s state power utility, doesn’t want to buy electricity from the company that won most of a government emergency-power tender because it’s concerned about the cost and length of the contract, according to two people familiar with the situation.

Meeting the terms of Karpowership’s 20-year deal would add pressure to Eskom’s already stretched finances and heighten its exposure to fossil fuels, said the people, requesting anonymity as the utility is yet to comment publicly. The company has a debt burden of 464 billion rand ($32 billion) and is struggling to meet payments even with the help of state bailouts.

Karpowership of Turkey’s contract is to supply South Africa with 1,220 megawatts of electricity from gas-burning power plants stationed on boats moored offshore. The move is intended to provide a safety net during Eskom’s frequent power-plant outages, which trigger blackouts across the country.

The deal is contingent on reaching financial close by the end of July, and needs an agreement from Eskom as well as environmental and port approvals. All bidders were offered the same two-decade timeframe.

Eskom will look at options including the possibility of recovering the cost of Karpowership’s charges over the course of the contract through tariffs before signing, the company said in an emailed response to questions. That will need permission from the National Energy Regulator of South Africa.

“We provided the South African people with several of the lowest cost bids in this tender process – a lower cost than four of the five other preferred bidders,” a spokesperson for Karpowership said in emailed comments. The length of the contract was defined by the tender process, he said.

Opposition from Eskom, to which the electricity would have to be sold by law, would be an impediment to Karpowership executing the deal and to South Africa solving a power shortage that has resulted in intermittent outages since 2005.

Environmental activists, concerned about carbon emissions from the powerships, and the country’s biggest opposition party, have unsuccessfully called for a parliamentary probe of the deal. DNG Energy, a South African gas company that unsuccessfully bid in the tender, has sued to have the awards scrapped, alleging corruption. Karpowership, a unit of the Karadeniz Energy Group, has denied wrongdoing.

“We are pleased to have been selected as a preferred bidder,” Karpowership said. The proposal “complied fully with all bid requirements. We are now in process of meeting the deadlines” set out by the Department of Mineral and Energy Resources.

Karpower’s deal would be worth as much as 218 billion rand over its two-decade duration, according to estimates from the Council for Scientific and Industrial Research, a state institution.

The department said due process was followed. No contracts with any of the preferred bidders have been signed by the department as of yet, and only letters of appointment were issued.

“Agreements are only formalized and signed once projects have met the specific requirements that need to be fulfilled in order for the project to sign a power purchase agreement,” it said in a response to questions.

Karpowership SA: How much again?