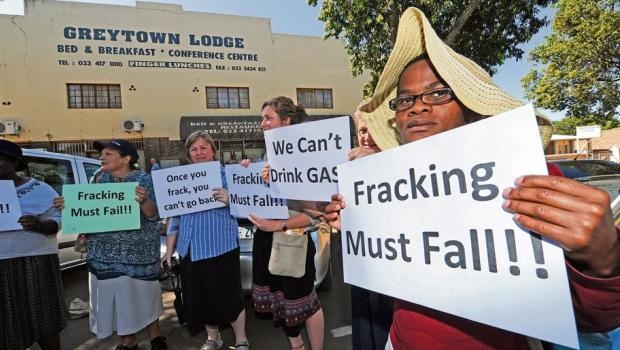 Fracking will be banned within 5km of many water sources, under draft rules published on Friday, while the fluids used will be subject to government oversight for their potential to contaminate groundwater.

Towns that use wells – or can plausibly claim they may do so in future – would also be covered under the exclusion, providing a mechanism for local authorities to keep fracking activity at something of a distance.

The proposal excludes fracking within five kilometres of:

Water minister Lindiwe Sisulu published the rules – with the unwieldy name of Regulations for the Use of Water for Exploration and Production of Onshore Naturally Occurring Hydrocarbons that Require Stimulation Including Hydraulic Fracturing and Underground Coal Gasification to Extract and any Activity Incidental Thereto that may Impact Detrimentally on the Water Resource – in the Government Gazette on Friday, kicking off a one-month window for public comments.

Plans for fracking have met fierce resistance in large parts of the country, despite the promise of jobs and money flowing into far-flung areas such as the Karoo.

Opponents have cited the risk of earthquakes triggered by hydraulic fracturing, as well as the potential for marring natural beauty, but the largest concern is the use and contamination of water in the process.

Sisulu’s proposal would ban all “hazardous substances in drilling fluids or as additives to fracturing fluid”, and require those who apply for the water-use licence needed for fracking to provide a list of all the non-hazardous chemicals to be used, for prior approval.

Drillers would also have to publish the list of approved chemicals on their website, alongside other disclosures relating to water.

Failure to do so could come with a maximum five-year jail sentence for a first offence, and 10 years for a second.

The draft regulations also prohibit storage of water with radioactive substances for reuse, or the treatment of water and drilling fluids at any plant “not suitably engineered or authorised to handle such fluid”.