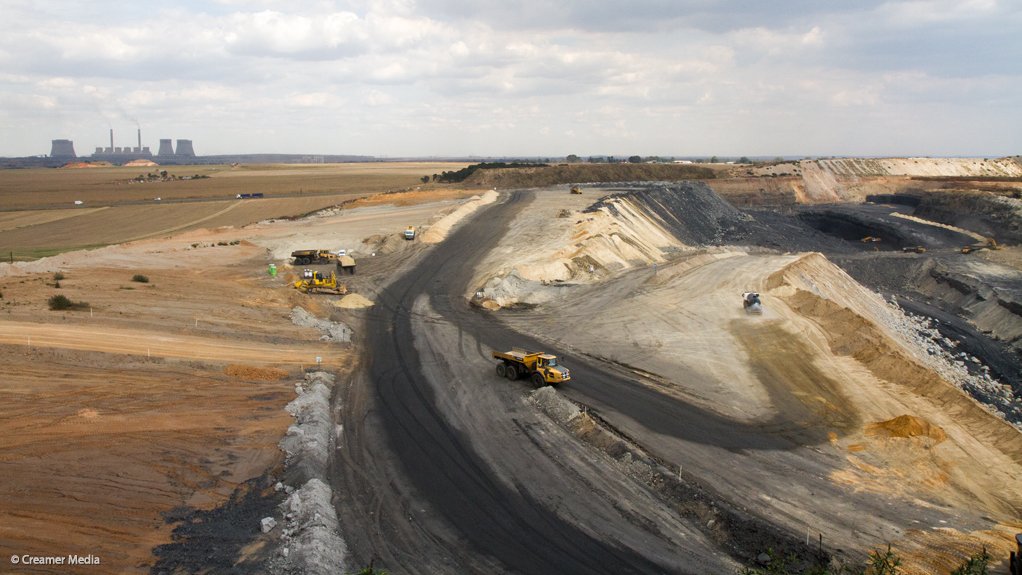 With 86% of the country’s electricity produced from coal, South Africa continued to have the highest reliance on the energy mineral among all G20 countries in 2020, with the global average standing at 34%.

The ‘Global Electricity Review 2021’, published on March 29, indicates that the G20 country with the second highest coal dependency is India, which generates 71% of its electricity from coal.

In total, fossil fuels provided 89% of South Africa’s electricity in 2020, down from 93% in 2015, with only Saudi Arabia generating more electricity as a proportion from fossil fuels.

Published by international climate and energy thinktank Ember, the report states that South Africa’s electricity generation from wind and solar has almost tripled from the 2% in 2015 to 6% last year.

Nevertheless, the contribution of wind and solar is still notably below the global average of 9.4%.

South Africa’s electricity demand fell by 4.3%, or 10 TWh, last year, owing to the combined impacts of Covid-19 and ongoing rotational power cuts, as a result of the poor performance of Eskom’s coal fleet.

“South Africa stands out among G20 members as a developing economy showing a large fall in electricity demand over the last five years,” the reports states.

“Although part of this reduction is from the effects of the Covid-19 pandemic on demand, it also speaks to how the lack of resilience of South Africa’s electricity grid has slowed growth and socio-economic development.

“With tariffs on electricity drastically increasing in recent years thanks to poor grid maintenance and the spiralling costs of new coal plants, electricity demand per capita has stagnated and begun to decrease.”

The report also highlights that, in 2019, one-half of government’s Budget deficit could be attributed to bail-outs for Eskom.

The report’s author Euan Graham says that South Africa already faces a tough challenge in successfully decarbonising its coal-heavy grid, but that the task will become harder should there be any continued investment in coal generation.

South Africa’s Integrated Resource Plan of 2019 (IRP 2019) makes allowance for a further 1 500 MW of new coal, in addition to the capacity being added by Eskom at Medupi and Kusile. However, the IRP 2019 also points to more than 11 000 MW of old coal being decommissioned by 2030.

“The government’s recently stated ambition to reach net-zero by 2050 is a welcome announcement, but massive deployment of cheap wind and solar is crucial to pursuing an orderly transition away from coal, while navigating a path out of the current electricity crisis affecting the country,” Graham argues.

The report also warns that, while the scale of the challenge to decarbonise South Africa’s electricity grid is very large, so too are the risks that come with not diversifying the country’s economy and electricity system away from coal.

Mantashe is the biggest problem for SA climate change