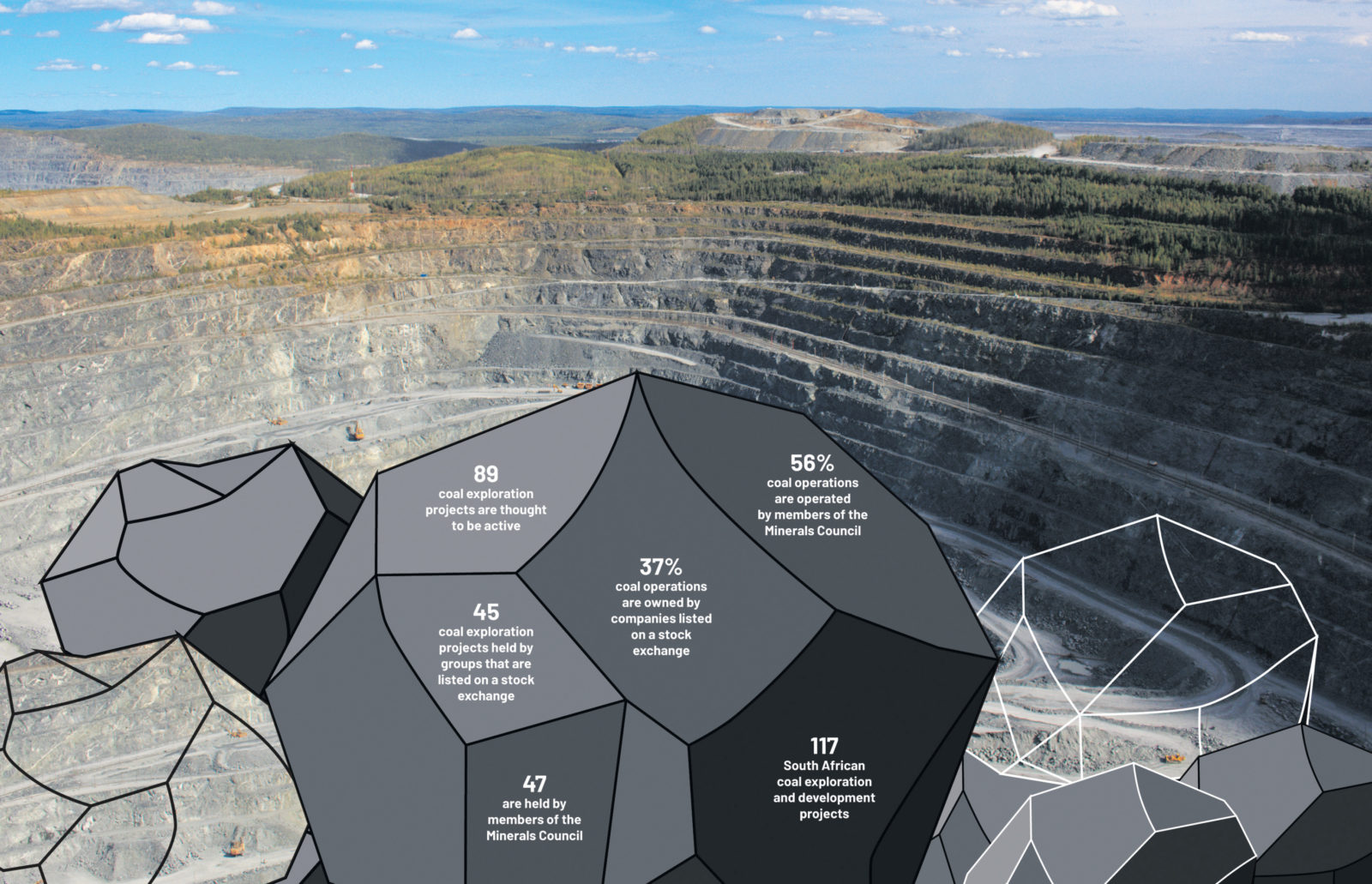 AmaranthCX has just performed a comprehensive mapping review of South Africa’s coal and manganese mining operations, and the results are telling. The mapping highlights the stark difference between the disclosures of large publicly listed mining companies and a plethora of unlisted entities, big and small, that have joined a scramble for coal in the ecologically sensitive Mpumalanga heartland.

It has also thrown into sharp relief how modest the transparency standards are that the Minerals Council South Africa – formerly the Chamber of Mines – requires of its members.

In many mining jurisdictions, transparency is not an issue. Governments in these jurisdictions make information freely available on what is called a mining cadastre portal. This is not the case in South Africa.

So AmaranthCX, using a range of sources including Google Maps, aerial photos, industry insiders and crowdsourcing via social media, embarked on a mapping project to fill this gap.

Among other things, the research shows that coal companies, some with little in the way of public disclosure, appear to have prospecting rights in or adjacent to protected areas. These include Chrissiesmeer Protected Environment south of Carolina in Mpumalanga, which is home to the largest natural lake in South Africa as well as ecologically sensitive grasslands.

It is possible that the prospecting rights have expired there but getting such information from the Department of Mineral Resources and Energy (DMRE) or from the companies potentially involved is no easy task. The DMRE had not responded to requests for comment before we went to press. Nor had the company that appears to have the rights.

Paul Miller, director of AmaranthCX, said the trend was for mines to be run by unlisted companies, which do not have public disclosure obligations.

“Many of these unlisted mine-owners are members of the Minerals Council and have all signed up to a members’ compact in which they commit to transparent engagement with society at large,” he said.

“But it’s a complete nonsense, because there are members of the council that publicly disclose nothing at all. There are no minimum standards for what the commitment to transparency actually means, making it meaningless.

“Even listed companies only have to reveal declared mineral resources and reserves; they don’t have to declare early-stage projects, or depleted, unrehabilitated mines. These facts may be immaterial to shareholders, but they are not to other stakeholders in society. So there are massive loopholes,” said Miller. 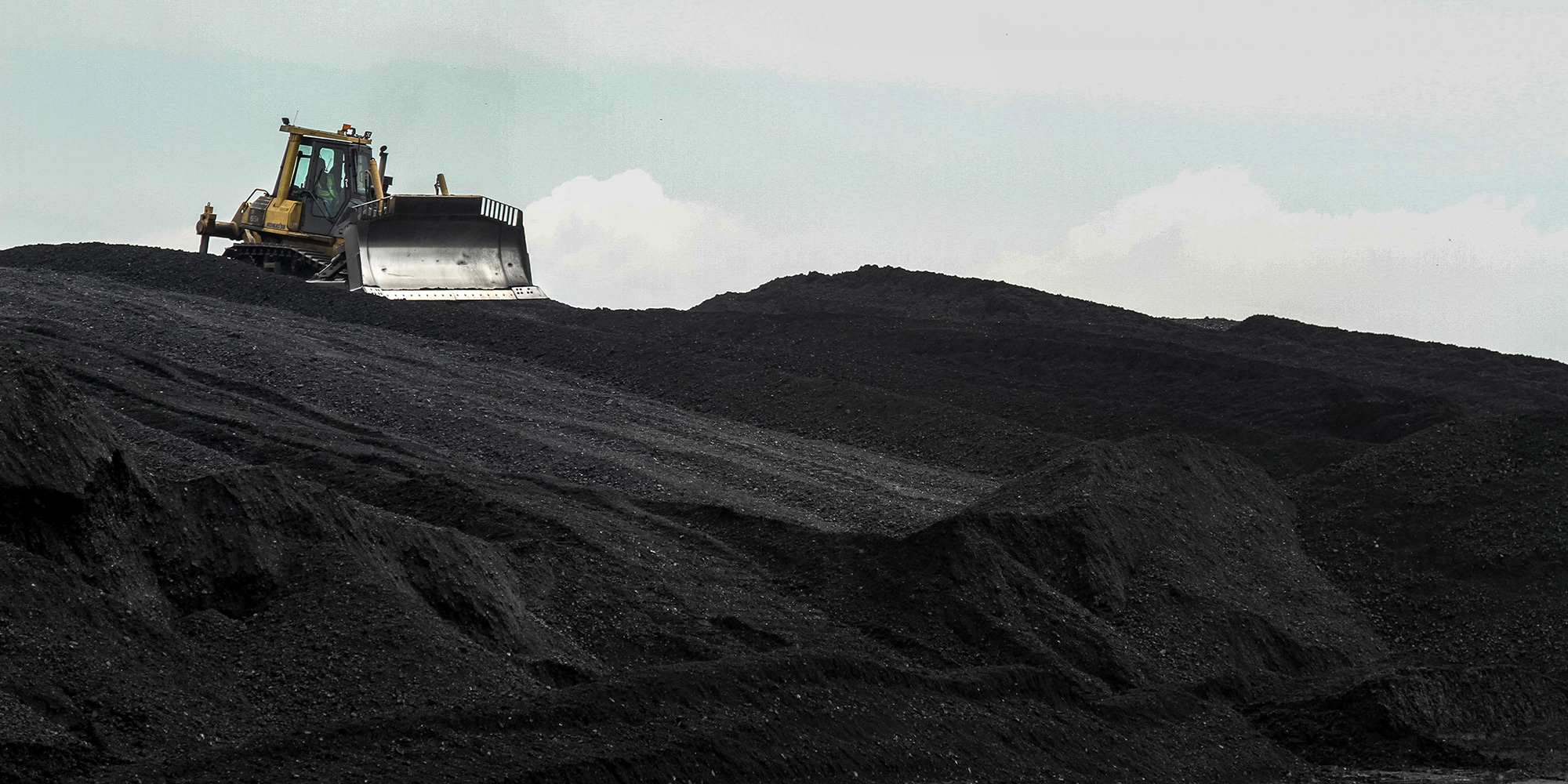 In response to questions, the Minerals Council said it did not prescribe minimum disclosure requirements to members but it did “encourage members to communicate transparently with their stakeholders”.

“Where members of the public have concerns about companies breaching regulations regarding disclosure or not disclosing accurately we encourage them to engage with the companies or raise it with the Minerals Council,” it said.

It must be said that the Minerals Council has done a lot of commendable work in recent years in areas such as health, safety, the environment and community relations. But there are loopholes on the transparency front that appear to require tightening.

The big transparency problem lies with the DMRE. It has committed to launching a new mining cadastre to replace the existing and quite useless South African Mineral Resources Administration System, but there are no timelines. Miller said South Africa is one of the few mining jurisdictions without a publicly available mining cadastre. That not only conceals information about conservation issues and potential risks for adjacent communities from the public, it also harms South Africa as an investment destination because investors want transparency on such matters.

Business Maverick has looked for the websites of the 17 coal members of the Minerals Council – two appear not to have any, and three provide portals for jobs or tenders but little else. One does not even disclose where it is operating or prospecting.

“How can you not disclose where you are operating as the basic measure of transparency?” asked Miller. He said that since March, companies with mining rights have been required to publish their social and labour plans on their websites but at least three coal companies that are Minerals Council members have not done so.

“There is an outbreak of tiny collieries worked by companies that don’t have websites and don’t disclose anything,” Miller said.

The Mpumalanga-based Oxpeckers Investigative Environmental Journalism also tracks and maps mining applications. Getting such information is like pulling hen’s teeth and involves filing applications through the Promotion of Access to Information Act, according to its director Fiona Macleod. Yet this stuff should simply be publicly available.

AmaranthCX has also identified 117 South African coal exploration and development projects. “This is likely to be an undercount, as projects are a lot more difficult to identify than operations,” Miller said. Of these, 89 are thought to be active and the rest are “status unknown”; 45 are held by groups that are listed on a stock exchange and 47 are held by members of the Minerals Council.

Miller reckons that perhaps half of South Africa’s coal is now produced by publicly listed companies, which provide comprehensive information on projects and operations and must meet growing investor demands for transparency on environmental, social and governance issues. That means about half the coal is being produced by unlisted companies, a sea change from 15 years ago.

Unlisted Seriti Resources has recently acquired South32’s South Africa Energy Coal, making it a major player. Seriti does publish its social and labour plans on its website, and provides information on health, safety, communities, the environment and corporate governance. But ultimately it does not have to meet all the transparency requirements of listed companies.

This may in part be a reflection of a move away from coal by listed companies in the face of investor and public concerns about climate change and pollution. Financing for new coal projects and power stations is also becoming increasingly difficult. But much of the fossil fuel in South Africa is now being produced by companies whose operations are not completely transparent, or in some cases about as clear as a lump of coal.

It would be helpful if the DMRE made information about the operations of such companies easily accessible to the public, because who knows to what extent Mpumalanga’s critical wetlands and grasslands are being fouled? DM/BM

Mr Coal’s final deal sends a message to the world

Get the shovels out: Death of the coal industry must bring new beginnings in Mpumalanga

Global alliance for phasing out coal not fit for purpose, says NGO