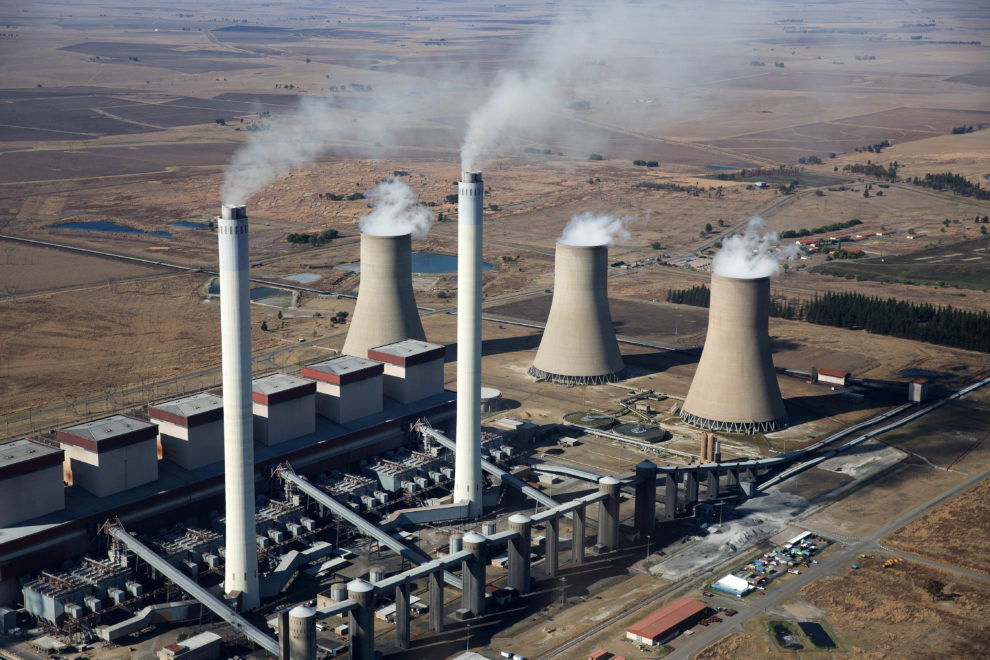 CAPE TOWN  ( miningweekly.com) – Coal production, exports and investment in the industry have remained stagnant since 2008, despite higher export  prices and South Africa ’s abundant coal reserves, says the Minerals Council South Africa .
“Even as the coal  export  price soared, export  volumes failed to respond,” Minerals Council senior economist *Bongani Motsa  *said during a coal  conference, in Cape Town , last week.
*(EGSA Ed. note: The coal industry is still in denial – coal mining and use HAS to decrease or our world as we know it will end due to climate change. So the decline in coal use is good news for our world).* ADVERTISEMENT
Motsa was outlining a study done by the Minerals Council in 2018 to test the impact of policy and regulatory factors on the performance of the mining  industry.
“Post 2008, we’ve seen almost negative growth in investment in the coal  mining  industry,” said Motsa. He said a key reason for the uninspiring performance was that companies were not investing in or buying new machinery  to replace old stock. Neither were they building  new mines. ADVERTISEMENT
However, investment in the South African coal  industry may slowly be turning a corner. For the first time in years, all components of the gross fixed capital formation (GFCF) registered positive growth in 2018. Motsa said the changing political climate, with *Cyril Ramaphosa  as President, had signalled a shift towards more investment.
The study, however, concluded that the performance of the JSE resources index indicated lingering concerns relating to regulatory and policy uncertainty.
Of the R30-trillion worth of South African mineral reserves, R6-trillion are coal  reserves, making up 30-billion tonnes, said Motsa. He said judging on reserves alone, the prospects are rosy for the future, but that policy is likely to undermine this.
Motsa said the Integrated Resource Plan (IRP) was likely to result in lower investment in the coal  industry in the short term. It also forecast a long-term decline in investment and job losses, as well as the decline of Eskom  as an anchor domestic customer.
*(EGSA Ed. note: It is not the IRP that is causing lower investment in coal, it is investors waking up to the fact that global carbon dioxide emissions HAVE to decrease drastically. And the fact that renewable energy is now cheaper than coal generation plants.)*
“The problem with the draft IRP 2018 is that it does not include clean coal technologies  .
*(EGSA Ed. note: And that is a good thing, because there is no such thing as clean coal. Clean coal is like saying “dry water” or “cold fire”)*
“The IRP is the greatest threat to the coal  industry.”
The other major problem was the prospect of rising electricity tariffs , which are much higher than Brics countries.
“Successive Eskom  double-digit price increases are driving consumers to embedded generation, mainly solar  photovoltaic, to the disadvantage of coal ,” said Motsa.
The average increase in electricity tariffs  between 2006 and 2017 was 15.5%. It resulted in 18 303 job losses and led to a cumulative reduction in fixed investment of R103.2-billion, the Minerals Council study showed.
Motsa said pressure had also come from communities near coal  mines which demanded that mining  companies provide services , which should be the purview of local government. He said community protests in Mpumalanga cost the industry around R20-million a day.
Motsa called for policy certainty and said an offtake agreement with a domestic customer such as Eskom was imperative to grow the export  market.
*(EGSA Ed. note: That doesn’t make sense, why does having a domestic customer help coal exports? Unless he is talking about subsidising coal exports?)*
Historically, local sales volumes made up 70% of total production, but, of late local sales earnings have averaged 48% of total earnings.
South Africa s top ten coal  export  markets have changed exponentially. The Minerals Council study showed that from 1998 to 2007, Netherlands , Spain , India , Italy  and the UK were South Africa s top export  markets. Europe made up eight of the top ten markets.
From 2008 to 2017, this had shifted sharply. India  is now South Africa ’s leading export  market, replacing the Netherlands  which slipped to eighth place and made up only 3% of South Africa ’s coal  exports. In terms of value, India makes up half of South Africa ’s coal  export  earnings. Pakistan takes a 15% share, with South Korea  at 14%, Taiwan  at 5% and Spain  at 4%.
EDITED BY: CREAMER MEDIA REPORTER

The anatomy of a disaster: A short history of Eskom and South Africa’s reliance on coal

Where a $5 Billion Green Incentive Runs Into Politics of Coal

The coal price has skyrocketed in 2021 – what does it mean for net zero?