Despite reporting one of its worst quarterly results on record BP shares closed up 6.5% 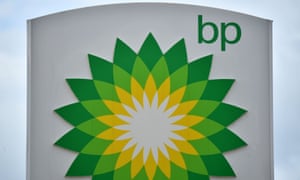 BP has won guarded praise from climate emergency campaigners and a hefty share price bounce by unveiling new plans to shift away from fossil fuels and towards low carbon energy within the next decade.

BP revealed the energy transition strategy alongside its first dividend cut since the Deepwater Horizon oil spill, after plummeting to a record multibillion-dollar loss and slashing the value of its oil and gas assets due to the impact of the coronavirus pandemic.

Despite reporting one of its worst quarterly results on record, BP shares closed up 6.5% at 300p as the company set out new plans to shift away from fossil fuels and towards clean energy.

BP’s new chief executive, Bernard Looney, promised to grow low-carbon investments eightfold by 2025, and tenfold by 2030, while cutting its fossil fuel output by 40% from 2019 levels as part of his plan to reinvent BP as a “net zero carbon” company by 2050.

The plan has won the cautious approval of green groups and climate action campaigners, which welcomed the near-term targets and ambitious spending plans.

Greenpeace UK tweeted: “There is much, much further to go, but has BP just woken up to the #ClimateEmergency?”

Mel Evans, a senior climate campaigner for Greenpeace UK, said BP had “woken up to the immediate need to cut carbon emissions this decade”. “BP must go further, and needs to account for or ditch its share in [the] Russian oil company Rosneft. But this is a necessary and encouraging start,” Evans said.

Mark van Baal, of the green shareholder group Follow This, said BP was “the first oil major that walks the walk instead of just offering ambitions for 2050, like its peers”.

“BP shows [a] sense of urgency and imagination beyond oil and gas. It seems that other oil majors want to stay oil and gas companies, only [not] look like one,” he added.

The oil company also laid bare the impact of the coronavirus outbreak by reporting a record loss of $16.8bn (£12.8bn) for the second quarter, compared with a profit of $1.8bn for the same period last year.

The record financial loss included a $9.2bn post-tax writedown on the value of its oil and gas assets after the company revised its oil price forecasts amid the pandemic, which has caused oil demand to fall to 25-year lows.

The plan to transform BP from an oil major to an integrated energy company is set to increase the budget for low-carbon technologies from $500m or 3% of its total spending, to $5bn or almost a third of its budget within the next 10 years. The spending would increase its renewable energy capacity twentyfold and include investments in carbon capture, bioenergy and hydrogen production too.

BP also plans to shrink its oil and gas production by more than 1m barrels of oil a day, to about 1.5m barrels a day by the end of the decade, and rule out oil exploration in new geographies.

Looney said the next decade would be “a critical one in the fight against climate change” and promised a “decade of delivery for BP” to help drive a transition in the energy industry.

The decision to rein in BP’s shareholder dividends was part of a new financial framework to deliver investment in the energy transition “at scale”, while reducing debts and remaining an attractive investment proposition for shareholders, he added.

BP was the FTSE 100’s biggest dividend distributor, with payouts this year set to reach £6.7bn for its shareholders, which include thousands of individual investors. The oil company will save over £3bn every year by paying out 5.25 cents per share, down from 10.5 cents.

Shell cut its payout by two-thirds due to a “crisis of uncertainty” triggered by the collapse in global oil demand caused by the coronavirus, which has forced oil companies to revise their forecasts for oil market prices and slash the value of their oil and gas reserves.

Covid-19 may have brought forward the arrival of peak fossil fuel demand ‘by more than a decade’
BP in the red, cuts fossil fuel exploration and development
Comment