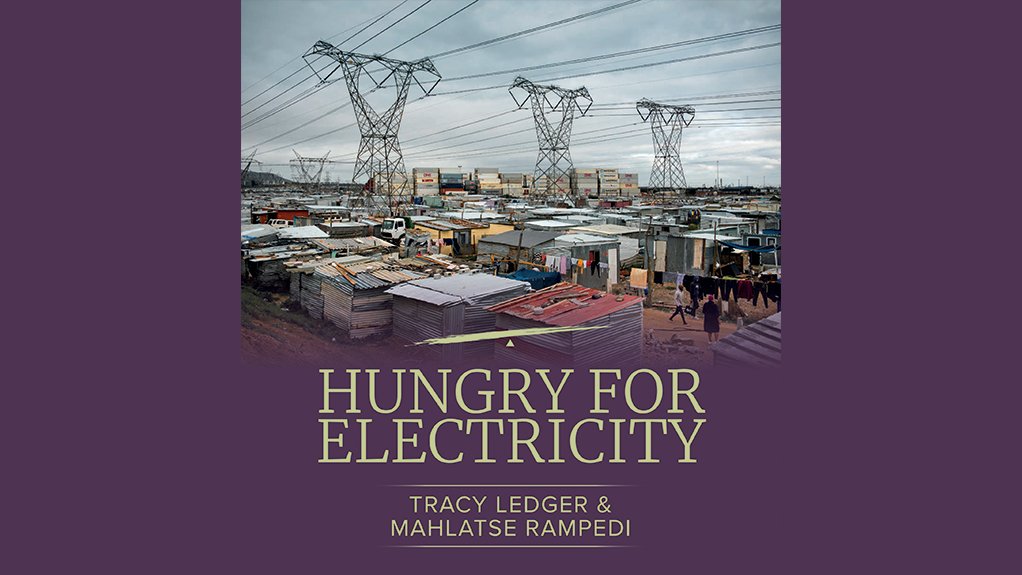 Titled ‘Hungry for Electricity’, the book’s co-authors, Dr Tracy Ledger and Mahlatse Rampedi, argue that universal access to electricity is the single most important development intervention.

The current 50-kWh-a-month free basic electricity allocation, the authors argue, represents only 14% of the minimum threshold level of consumption, or MTLC, the point at which electricity supports households to increase their living standards and engage in economic activities.

In addition, they note that two-thirds of poor households are currently not even receiving the allocation, which means that most households must pay the entire cost of the MTLC, which is estimated at R650 a month.

“That amount of money – R650 per month – is not ‘affordable’ for most households that have a total income of R5 500 or less per month,” the report states.

Ledger and Rampedi calculate that raising the threshold to the MTLC level would translate to about 37.8-million MWh of free electricity provision every year and cost about R81-billion, compared with a current yearly budget for free electricity of R14-billion.

Spending that additional R67-billion yearly to ensure universal enabling access to electricity will, they argue, have major developmental spin-offs, including increasing the total disposable household income of the poorest South Africans by about 20%.

“Unlike many other categories of State expenditure, which represent a total leakage from the State, the majority of that total free electricity expenditure of R81-billion is going to find its way back into the revenue account of Eskom.

“The State is already funding that revenue account: the 2022 national Budget included a R21.9-billion transfer to Eskom for exactly that purpose.

“Wouldn’t it make more development sense for that money to go via the poorest households on its way to Eskom – in the process making an enormous impact on living standards, food security and economic opportunities?” the report asks.

The remainder of the funding, the reports assets, will go to local municipalities and is also likely to help reduce outstanding municipal debt.

“Providing more free electricity – together with expanding the grid to include households currently not connected – will reduce much of the incentive for households to connect illegally, and the consequent billions in financial and infrastructure losses.”

It should also lower the use of alternative fuels such as coal, paraffin and candles, which should reduce child deaths and illnesses due to indoor air pollution, and dramatically reduce fires in informal settlements.

“It’s hard to imagine any other development policy that could achieve as many significant development goals, for so little,” Ledger and Rampedi conclude.