This looks promising, below, starting 09h30; convened by FES colleagues based in Windhoek; Certainly timely as democracy under pressure under disaster measures…

Nanjala Nyabola is a writer and political analyst based in Nairobi, Kenya. Her work focuses on the intersection between technology

Fatou Jange Senghore is a Human Rights expert with more than 20 years’ experience, specialising in the African regional system

of human rights, media regulation and access to information. She started her human rights career in the Gambia with the Institute

for Human Rights and Development in Africa.

Gwen Lister is a journalist and press freedom activist. As the first woman newspaper editor in southern Africa, she founded The

Namibian newspaper in 1985 at the height of colonial rule. The newspaper was constantly targeted by right-wingers because it

exposed apartheid atrocities and supported the struggle for independence.

Toby Mendel is the founder and Executive Director of the Centre for Law and Democracy, a Canadian-based international human

rights NGO that provides legal and capacity-building expertise regarding foundational rights for democracy, including the right to

information, freedom of expression, the right to participate and the rights to assembly and association. 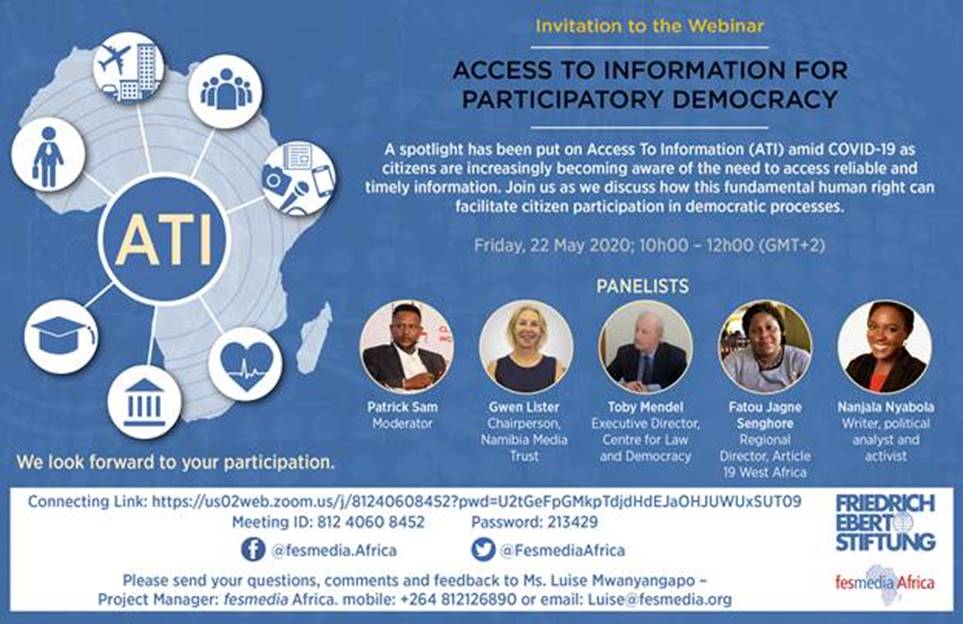 Webinar invitation 🌍 Ecosystems and Society: a Complex Systems Perspective on their intertwined futures