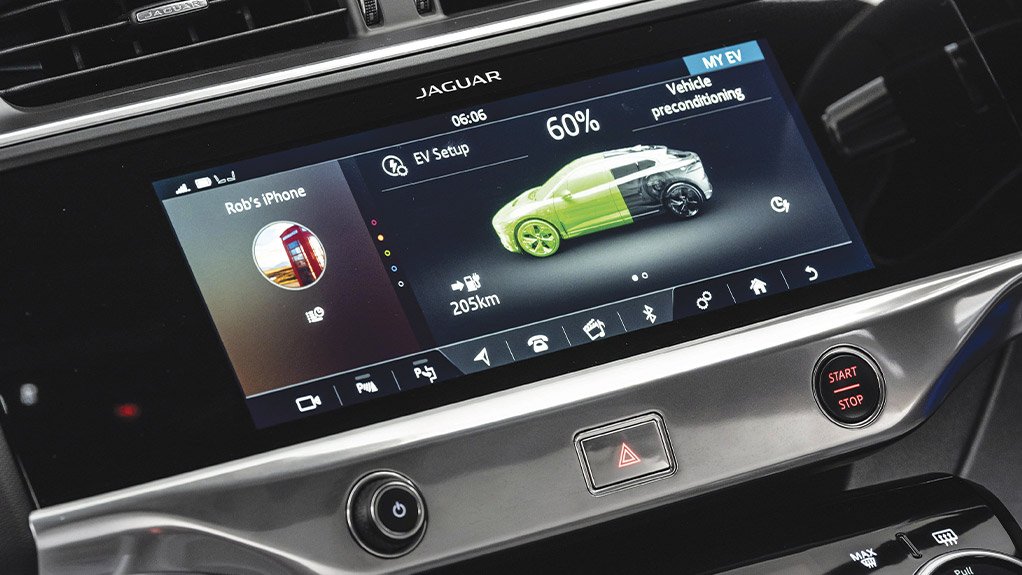 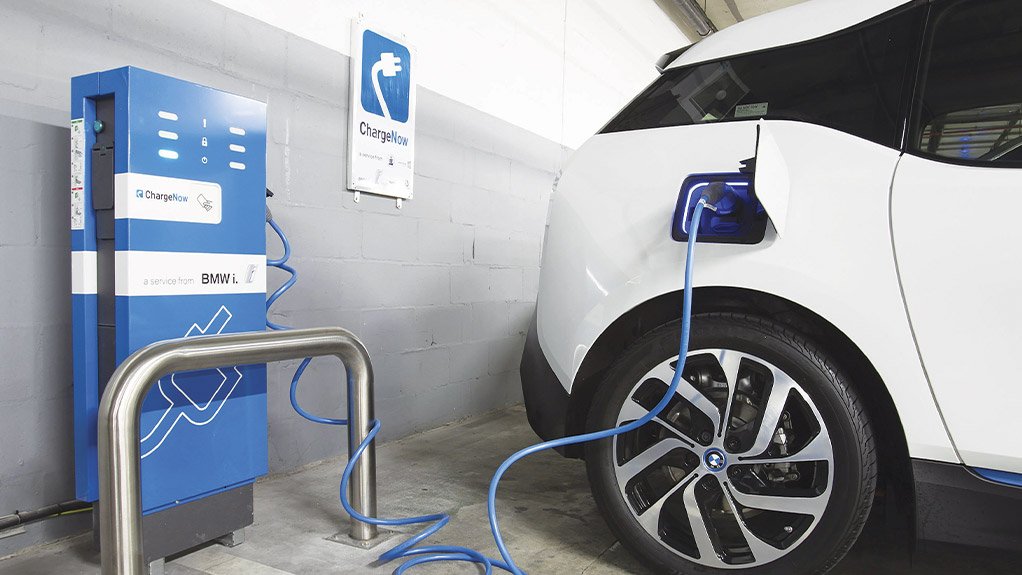 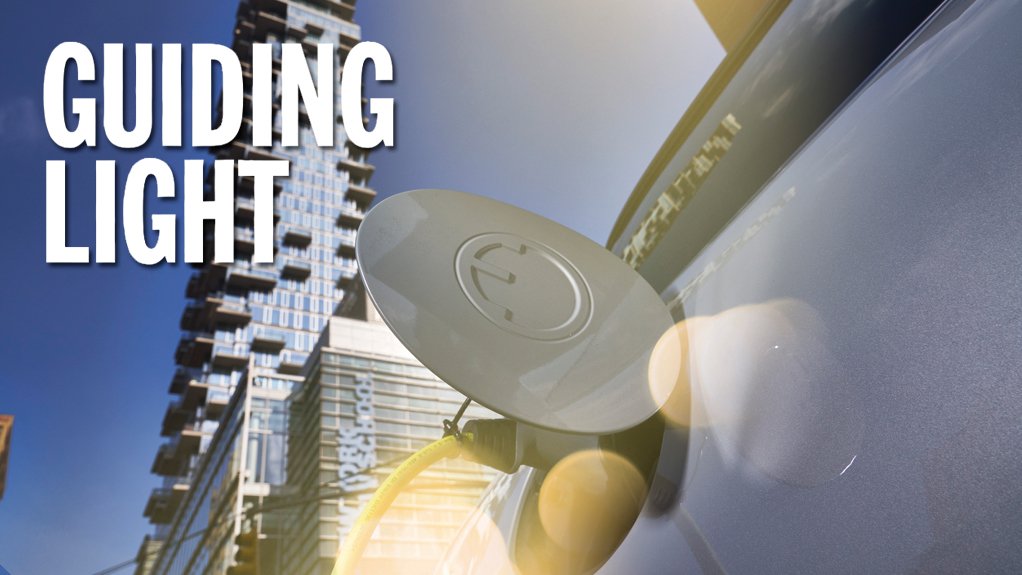 South Africa has a tiny electric vehicle (EV) market, compared with the rest of the world.

While this number is indeed small, the local market will not escape the increasing worldwide roll-out of the zero-emission EV, as a substantial number of global markets chase a reduction in harmful carbon emissions.

The UK is, for example, seeking to ban the sale of new petrol, diesel and hybrid cars from 2035.

“We are seeing changes in South Africa,” notes Kirby. “We are seeing an increase in sales in BEVs and hybrids. It’s still small, but there is a shift. Fifteen per cent of all Lexus vehicles sold last year were hybrids. This year, it will probably be more.”

While hybrids have been around for a while, the true global revolution is centred more on the blue-blood EV – the BEV, plug-in hybrid electric vehicle and fuel cell vehicle – which promises a much smaller carbon footprint.

Indeed, the growing enthusiasm for electric cars has pushed EV manufacturer Tesla to a market capitalisation higher than that of US rivals Ford and General Motors combined.

Tesla’s stock has more than doubled in value in the last five months, with its market capitalisation piercing $100-billion in January – a first for a listed US automaker.

Position PaperThe South African automotive industry is not oblivious to the fact that the future is changing, says National Association of Automobile Manufacturers of South Africa (Naamsa) CEO Mike Mabasa.

“It is our view that the automotive industry is going to change faster in the next ten years than it did in the past 100 years, owing to car sharing, connectivity, autonomous drive and electrification.

“We, as the South African automotive industry, have taken a decision to see what this electrified future holds for us.”

Naamsa has spent the past three months setting up a team that is putting together a position paper on EVs.

This team is led by trade and industry research consultancy TIPS.

Naamsa hopes to have the position paper finalised by the end of March.

“We have asked TIPS to look at five key aspects of the EV movement,” says Mabasa.

This first is production, as South Africa is the biggest vehicle producer in Africa.

“We want to understand the dynamics should South Africa choose to move into the EV production space,” explains Mabasa.“This is important, as 60% of the vehicles we produce are exported – with 58% of this 60% going to Europe – and we are seeing a lot of European countries setting increasingly stringent targets in terms of carbon emissions.

“We really need to understand what is possible and what is not possible.”

The second aspect of the EV economy being scrutinised is charging infrastructure.

“We want to know what it looks like and how it can be funded. We need to ensure we roll out infrastructure that makes sense for South Africa,” says Mabasa.

“We currently have four electrified vehicle models on the road, and, if you look at the brands behind them, they are not really talking to one another about charging facilities.“Also, South Africa is a big country and if someone drives from Johannesburg to Cape Town in an EV, the industry must ensure they do so stress-free.”

Mabasa adds that it is important that any EV revolution is not centred solely on the cities, but that it also reaches South Africa’s small towns.

The third aspect of the position paper will look at incentive programmes.

“The local automotive industry needs to know to what extent government will incentivise the importation of EVs. It is currently more expensive to import an EV from Europe, at 25% import tax, than to import a vehicle with an internal combustion engine (ICE),” notes Mabasa.

“We need to determine government’s appetite to incentivise EVs in South Africa.”EV sales globally are, in most cases, supported by government incentives, as they are still more expensive than ICE vehicles.

The fourth aspect of the position paper is linked to the third in that it looks at the regulatory environment, and how conducive it may be to promote and build EVs locally.

The fifth and last aspect under scrutiny is research and development.

“We need to see how South Africa can contribute to the global EV ecosystem,” says Mabasa.

“Can we use locally mined minerals to enhance battery technology? Can we beneficiate some minerals here and export them to global markets?

“We also need to look at how to recycle EV batteries once they leave the automotive ecosystem.”

Mabasa says the position paper is being developed in partnership with the Department of Trade, Industry and Competition.

Once completed, it will allow government to “see what is possible”, he notes.

“The auto industry, in turn, will use it as an advocacy tool to bring to life some of the position paper’s recommendations.

“It will also help vehicle manufacturers to determine if they should lobby for a share of future EV production from their parent companies.”

This Is Big BusinessThere are already more than six-milion EVs on the road worldwide, says BloombergNEF advanced transport headColin McKerracher.

“There aren’t many things that go from zero to six-million in a few years, so this is remarkable growth.”

McKerracher leads a team of analysts and data researchers covering the future of mobility.

McKerracher says much of the growth in EVs has been driven by China, which is “really pushing for clean air, to reduce oil imports and build new industrial clusters around EVs”.

However, he notes that Europe and North America are also increasing EV sales.

“And it’s not all passenger cars; there is also a global fleet of a few [hundreds of thousands of] ebuses and trucks.”

“This means that we should dispel the idea that this is fringe. This is big business and big companies are behind it and there is big money flowing into EVs.”

However, it does not mean that selling EVs is a profitable business – yet.

Battery prices are declining, but there still is “some way to go” before an automaker achieves the same margin on an EV as on an ICE vehicle, explains McKerracher.

“Some automakers are making lower margins [and] some are losing money on EV models, but I think we are about to turn the corner on that.”

McKerracher says profit is not only a function of materials, but also of volume.

“It is hard to make a profit if you only sell 5 000 to 10 000 vehicles of one model a year. But now we can see that an EV can break the 100 000-model-sales-a-year barrier, and this is where automakers generally start making money in the middle and mass markets.

“With battery prices going down, we are starting to see the first models that can hit that profitability threshold.”

McKerracher says BloombergNEF believes battery prices will continue to decline, even if not at the same rate as before.

“Prices come down 18% every time cumulative volume doubles, and we have a lot of volume coming.

McKerracher adds that automakers are currently seeing reduced profitability, but expect the situation to improve by the mid-2020s.

He says a ramp-up in EV availability will see 400 EV models on showroom floors this year, up from fewer than 25 in 2011.

“One of the most important things in the market is that you need consumer choice. People need different options at different price points in different segments and from different brands if sales are ever going to take off.”

Push vs PullWhile there are a number of push factors driving consumers towards EVs, such as fuel economy and clean air regulations, there also has to be a pull side, emphasises McKerracher.

“Vehicles are not an entirely rational purchase. People must want EVs, and not just be told they need [them].”

This means that a key step in the evolution of EVs is the mass marketing of these vehicles.

“Central to this is when [auto makers] start advertising EVs; when they start pushing them on prime time TV spots. “Again this comes back to economies – when margins become equivalent to those of ICEs, then you’ll see that happening.”

One of the factors that will help trigger consumer appetite is the fact that range continues to improve from the roughly 100 km of the first-generation EV models.

About 350 km seems to be the range where people believe they do not need to own a second – ICE – car, says McKerracher.

InfrastructureThe debate around who should be investing in charging infrastructure has no clear answer, says McKerracher.

“In the US, we see a lot of utilities getting involved. Volkswagen is also investing, and Tesla is building a supercharger network.

“In some places, oil and gas companies are getting involved, like Shell or Total. In China, it started with the State, but it is also now more private. No one has fully solved this business model yet. There is no self- sustaining business model yet. We still see a lot of government involvement.”

Charging speed is also increasing as the EV continues to evolve.

At the top end, it is possible to get an 80% charge in 15 minutes, which approaches the equivalent of filling up at a service station, says McKerracher.

But, there is too much focus on this, he adds.

“Most people – 80% to 90% – charge their vehicles at home. There is really a limited need to charge during the day.”

“More vehicles and chargers can now do fast charging, but the grid constraints are showing. This is a real concern,” says McKerracher. “We have a long way to go before we can fast-charge large numbers of vehicles.”

South Africa currently has four EVs to one public charger, with the global norm 18 to 20 EVs per charger.