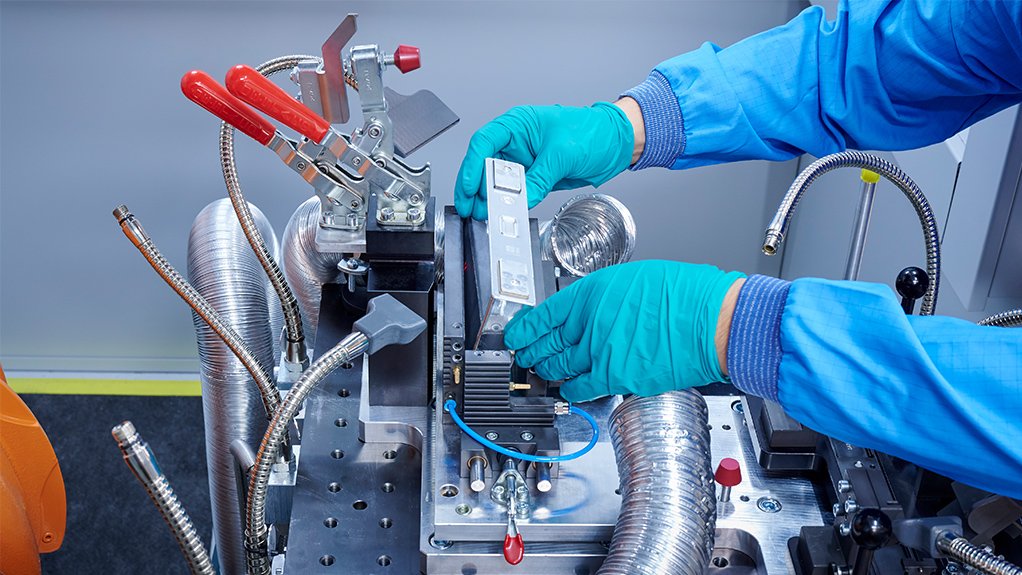 The BMW Group will set up a pilot plant to produce lithium-ion battery cells.

This comes as the German car maker seeks to penetrate all aspects of the battery-cell value chain: from selection of materials, to battery cell composition and design, all the way to near-standard production and recycling.

“The new pilot plant will strengthen our expertise in the production of battery cells,” says BMW management board member for production Milan Nedeljković.

“We will be capable of testing new systems technology and innovative production processes.

“Our goal is to optimise near-standard production of battery cells from the perspective of quality, performance and costs.

“The new pilot plant will enable us to close the final gap in the value chain from battery cell development, to production of modules and powertrain components, all the way to installation of fully assembled high-voltage batteries at our vehicle plants. This makes us the first car manufacturer to cover the entire process chain for electric driving.”

BMW management board member for development Frank Weber adds that BMW will, by 2023, have 25 electrified models on the roads, as it systematically increases electrification across all brands and model series.

“This continued expansion and our comprehensive battery-cell expertise will give sustainability a major boost. We are not just focused on the most efficient battery cell, but on its entire value chain.

“That is why we are working with our partners to create a closed material cycle for battery cells.”

The battery-cell pilot plant will be built in Parsdorf, near Munich, and is scheduled to go into service in late 2022.

The total project value is almost 110-million euros and about 50 employees will work at the plant.

A quarter of BMW Group vehicles sold in Europe should have an electric drive train by 2021, with a third in 2025 and half in 2030.

In an effort to counter this, BMW has joined a technology consortium, along with Swedish battery manufacturer, Northvolt, and Umicore, a Belgian developer of battery materials.

The collaboration effort is focused on creating an end-to-end sustainable value chain for battery cells in Europe, extending from development to production and on to recycling.

Northvolt will produce battery cells at its own gigafactory currently under construction in Skellefteå, in northern Sweden, from 2024 onwards.

Northvolt will obtain the energy needed to produce the battery cells exclusively from wind and hydroelectric power generated regionally in northern Sweden.

Umicore will contribute to the development of a sustainable battery cell in Europe.

BMW adds that it has already reached a contractual agreement with its cell manufacturers that they will only use green power to produce fifth-generation battery cells.

The fifth-generation battery cell will be on the roads later this year in the BMW iX3 and rolled out in more products over the coming year, like the BMW iNEXT and the BMW i4.

As volumes increase, the use of green power will save around ten-million tonnes of CO2 over the next ten years.

For comparison, that is roughly the amount of CO2 a city of more than a million inhabitants, like Munich, emits every year, says BMW.

However, in order to make a truly effective contribution to climate protection, the battery cells must also be recyclable.

Faced with rapidly growing demand for battery cells, recycling of battery components at the end of their lifecycle and extensive reuse of raw materials will be key to closing the materials loop in the best way possible, says BMW.

Against the odds, solar-plus-storage project emerges with lowest RMIPPPP bid