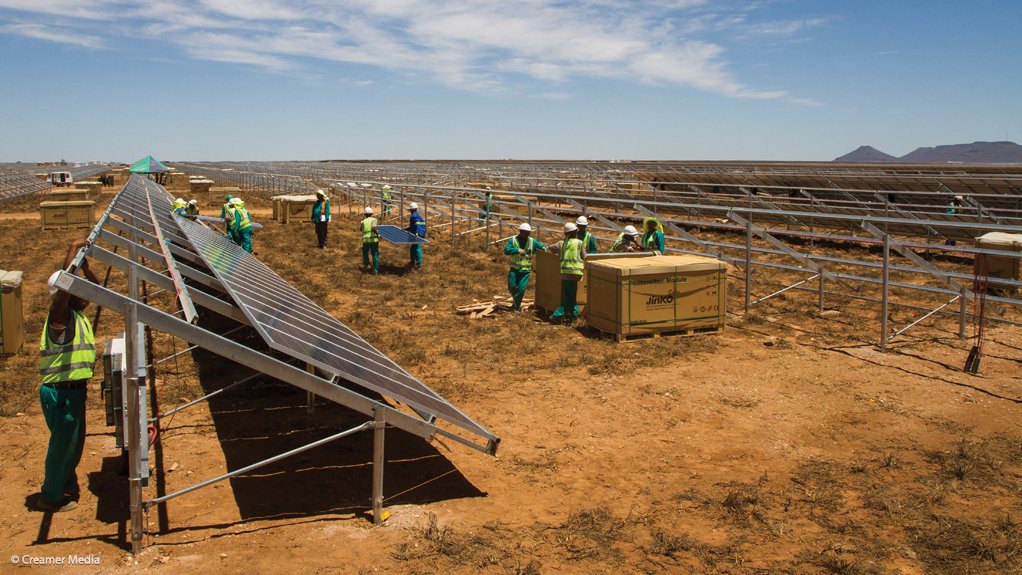 Business Leadership South Africa (BLSA), which is made up of some of South Africa’s largest domestic and multinational companies, estimates that private firms would move to invest billions in new power generation capacity in the near term should the rules governing embedded or distributed plants be changed to support such projects.

CEO Busi Mavuso says BLSA believes that companies could invest some R150-billion in new plants, most of which would arise in the form of solar photovoltaic (PV) energy “which is currently the least-cost source”.

“That would create tens of thousands of jobs and support wider investment as companies regain confidence in energy security,” she argues in her latest newsletter.

A recently published ‘Solar PV Industry Jobs Report’, compiled by the Council for Scientific and Industrial Research, states that, under a scenario linked to the Integrated Resource Plan 2019 (IRP 2019), the solar industry should create between 33 000 and 35 000 fulltime-equivalent (FTE) jobs between 2028 and 2030.

Should the current procurement gaps in the IRP 2019 be closed and the embedded-generation market unlocked, however, the report estimates that the industry could consistently create between 38 000 and 40 000 FTE jobs a year between 2028 and 2030, supporting between 11 000 and 13 000 yearly operations and maintenance jobs by 2030.

Mavuso argues that, by delivering the policy changes needed swiftly and with determination, South Africa has the potential to create an efficient and reliable energy supply sector.

“Our focus must be on the outcome we desire rather than the detail of who does it and how electricity is created. Competition focuses attention on what matters: the price and reliability of supply.”

She again lamented the decision of the Department of Mineral Resources and Energy to publish a draft amendment to Schedule 2 of the Electricity Regulation Act that raises the licence-exemption cap for embedded generation plants from 1 MW to 10 MW, instead of the 50 MW seen as supportive of facilitating higher levels of investment.

The amendment was published on April 23 along with notification of a 30-day comment period.

“A further step would be to allow, in line with the original 1998 policy position, for companies to be able to buy electricity from each other by wheeling through the grid,” Mavuso added.

“Companies may not have the expertise or capital to build their own 50 MW plant but would be willing to buy electricity from others who do.

“A willing buyer/willing seller approach like this would advance energy security, support investment and create jobs.

“This would be the private sector solving the crisis, and it could happen fast, at no cost to the government, if the right policy changes are made.”