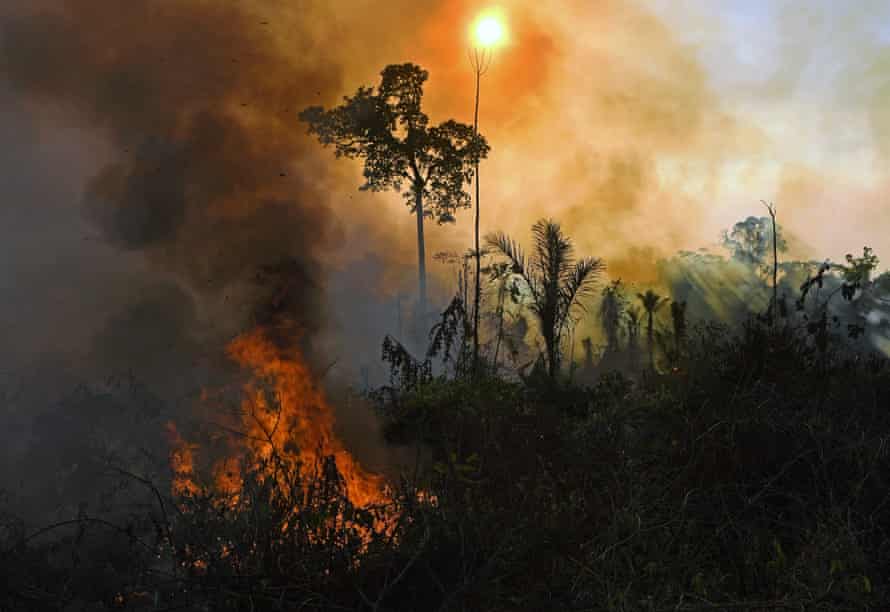 The age of extinction is supported by

The planet is facing a “ghastly future of mass extinction, declining health and climate-disruption upheavals” that threaten human survival because of ignorance and inaction, according to an international group of scientists, who warn people still haven’t grasped the urgency of the biodiversity and climate crises.

The 17 experts, including Prof Paul Ehrlich from Stanford University, author of The Population Bomb, and scientists from Mexico, Australia and the US, say the planet is in a much worse state than most people – even scientists – understood.

“The scale of the threats to the biosphere and all its lifeforms – including humanity – is in fact so great that it is difficult to grasp for even well-informed experts,” they write in a report in Frontiers in Conservation Science which references more than 150 studies detailing the world’s major environmental challenges.

The delay between destruction of the natural world and the impacts of these actions means people do not recognise how vast the problem is, the paper argues. “[The] mainstream is having difficulty grasping the magnitude of this loss, despite the steady erosion of the fabric of human civilisation.”

The report warns that climate-induced mass migrations, more pandemics and conflicts over resources will be inevitable unless urgent action is taken.

“Ours is not a call to surrender – we aim to provide leaders with a realistic ‘cold shower’ of the state of the planet that is essential for planning to avoid a ghastly future,” it adds.

Dealing with the enormity of the problem requires far-reaching changes to global capitalism, education and equality, the paper says. These include abolishing the idea of perpetual economic growth, properly pricing environmental externalities, stopping the use of fossil fuels, reining in corporate lobbying, and empowering women, the researchers argue.

The report comes months after the world failed to meet a single UN Aichi biodiversity target, created to stem the destruction of the natural world, the second consecutive time governments have failed to meet their 10-year biodiversity goals. This week a coalition of more than 50 countries pledged to protect almost a third of the planet by 2030. 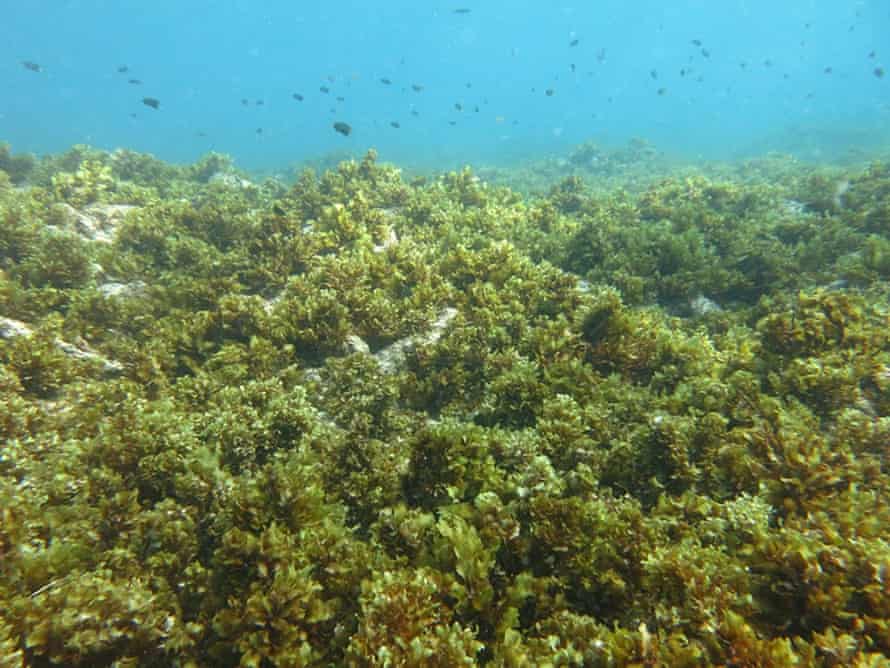 A coral reef dominated by algae in Seychelles … the climate crisis is changing the composition of ecosystems. Photograph: Nick Graham/Lancaster University/PA

An estimated one million species are at risk of extinction, many within decades, according to a recent UN report.

“Environmental deterioration is infinitely more threatening to civilisation than Trumpism or Covid-19,” Ehrlich told the Guardian.

In The Population Bomb, published in 1968, Ehrlich warned of imminent population explosion and hundreds of millions of people starving to death. Although he has acknowledged some timings were wrong, he has said he stands by its fundamental message that population growth and high levels of consumption by wealthy nations is driving destruction.

He told the Guardian: “Growthmania is the fatal disease of civilisation – it must be replaced by campaigns that make equity and well-being society’s goals – not consuming more junk.”

Large populations and their continued growth drive soil degradation and biodiversity loss, the new paper warns. “More people means that more synthetic compounds and dangerous throwaway plastics are manufactured, many of which add to the growing toxification of the Earth. It also increases the chances of pandemics that fuel ever-more desperate hunts for scarce resources.” 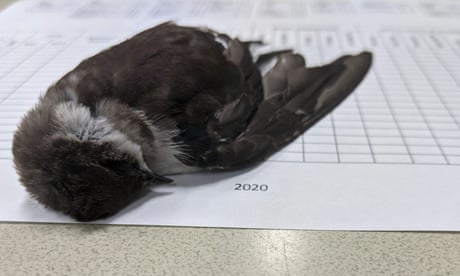 The effects of the climate emergency are more evident than biodiversity loss, but still, society is failing to cut emissions, the paper argues. If people understood the magnitude of the crises, changes in politics and policies could match the gravity of the threat.

“Our main point is that once you realise the scale and imminence of the problem, it becomes clear that we need much more than individual actions like using less plastic, eating less meat, or flying less. Our point is that we need big systematic changes and fast,” Professor Daniel Blumstein from the University of California Los Angeles, who helped write the paper, told the Guardian.

The paper cites a number of key reports published in the past few years including: 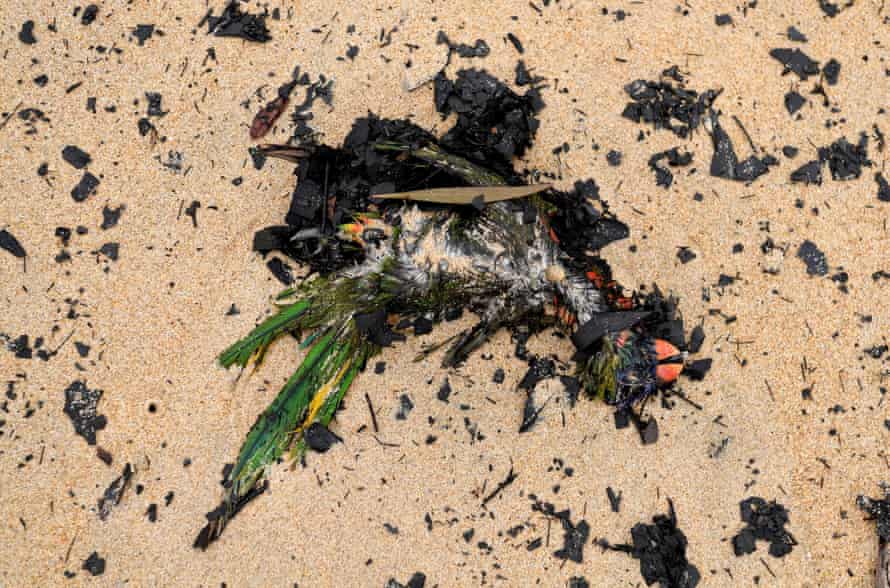 The report follows years of stark warnings about the state of the planet from the world’s leading scientists, including a statement by 11,000 scientists in 2019 that people will face “untold suffering due to the climate crisis” unless major changes are made. In 2016, more than 150 of Australia’s climate scientists wrote an open letter to the then prime minister, Malcolm Turnbull, demanding immediate action on reducing emissions. In the same year, 375 scientists – including 30 Nobel prize winners – wrote an open letter to the world about their frustrations over political inaction on climate change.

Prof Tom Oliver, an ecologist at the University of Reading, who was not involved in the report, said it was a frightening but credible summary of the grave threats society faces under a “business as usual” scenario. “Scientists now need to go beyond simply documenting environmental decline, and instead find the most effective ways to catalyse action,” he said.

Prof Rob Brooker, head of ecological sciences at the James Hutton Institute, who was not involved in the study, said it clearly emphasised the pressing nature of the challenges.

“We certainly should not be in any doubt about the huge scale of the challenges we are facing and the changes we will need to make to deal with them,” he said.

Find more age of extinction coverage here, and follow biodiversity reporters Phoebe Weston and Patrick Greenfield on Twitter for all the latest news and features