Today’s targets are nowhere near enough, we must speed up change and halve global emissions in the next decade 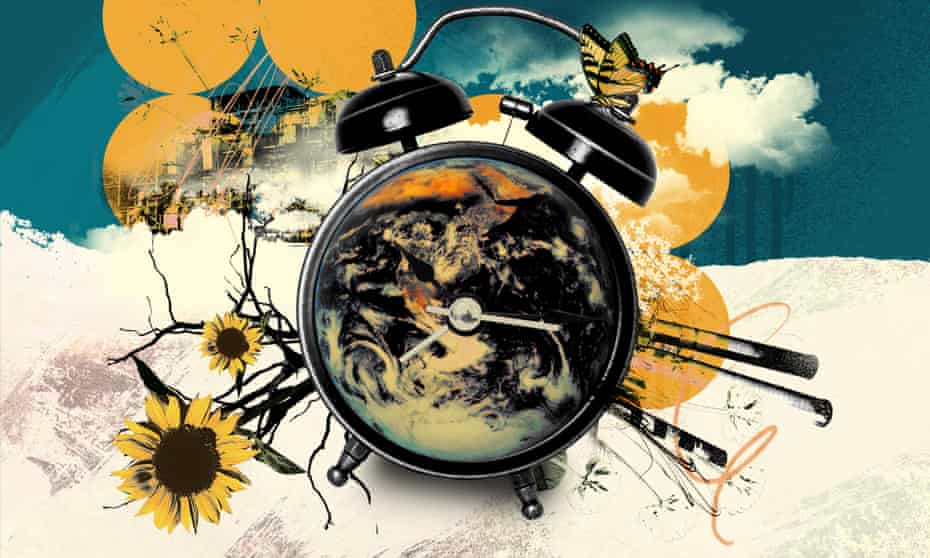 The climate crisis represents a clear and present danger to people and our planet. Its real-world consequences are now all too visible.

In Nepal last month, I met communities displaced by melting glaciers. In Ethiopia, I saw how floods, droughts and locusts have decimated crops. Around the world, oceans are warming, and storms, floods and wildfires are intensifying, while here at home, our coastal towns face serious long-term threats from rising seas. Unless we act now, we will be out of time to hold back the worst impacts.

Our planet is heating up, fast. On course, scientists tell us, for temperature rises of some 3.5C by 2100 compared to pre-industrial levels. The impact of such a rise will be nothing less than catastrophic.

Yet, at the same time, we are increasingly waking up to the danger, and the direction of travel is changing. Countries responsible for 65% of global emissions now have net zero or carbon neutral commitments.

The world is moving towards a low-carbon future, with clean energy now the cheapest source of electricity. But the pace of change needs to pick up. Globally, we must halve emissions over the next decade alone if we are to meet the goals of the Paris agreement – which aims to keep global temperature rises well below 2C and closer to 1.5C. That means taking action today.

Of all the competing issues, fighting climate change and preserving biodiversity is now the UK’s number one international priority. That is the clear message from the prime minister’s comprehensive strategy for international policy – the integrated review – published this week, which also affirms our commitment to aligning all future UK aid with the Paris agreement.

Cop26 – the UN climate conference being held in Glasgow in November – plays a key role in the UK’s efforts. This must be the moment the world gets a grip on the climate crisis and, as Cop26 president, I have four clear aims.

The first: global net zero. I want to put the world on a path to reach net zero by the middle of the century, which is essential to keeping 1.5C within reach.

Today’s global targets for 2030 are nowhere near enough to meet the Paris agreement temperature goal, as a recent UN report made clear. So, the UK is using the Cop presidency to urge all countries to set 2030 emissions reductions targets that put us on a path to net zero.

We also need policies in place to make such targets a reality. Over this year we want to see countries making ambitious commitments on ending the sale of new petrol and diesel vehicles, taking inspiration from UK plans for a 2030 phase-out. We need a green thread running through all Covid-19 recovery packages. And we want significant new commitments on ending new coal power and phasing out existing plants.

The UK will champion this. As the integrated review laid out, we aim to become the world’s leading centre for green technology, finance and wind energy.

The world is already at a tipping point when it comes to power. In the past five years, plans for 900 gigawatts of new coal power plants have been abandoned – the equivalent of more than 10 times the UK’s power supply. It is increasingly clear that clean power is the future, coal is a relic of a bygone age, and this year we need a final push to leave it in the past where it belongs.

The second goal: adaptation; protecting our communities and natural habitats from the destructive impact of climate change, the effects of which will grow in force and ferocity, even on a path to net zero.

We have seen the enormous value of investing in preparing for extreme weather. When Cyclone Amphan struck India and Bangladesh in 2020, early warning systems saved tens of thousands of lives.

So, by Cop26, we want every country to have a credible plan for managing the unpredictable and often damaging weather patterns that are the result of climate change. We are bringing nations together to share solutions, through the new Adaptation Action Coalition, which countries around the world are joining. And we are working to increase the funds going into the technologies and systems that protect people and nature.

That is part of our third goal: finance. Sufficient funds are vital to tackling the climate crisis. Developed countries have promised to raise $100bn a year for climate action. In the UK we have committed £11.6bn over the next five years in climate finance and are pushing others to follow our lead.

Like Brexit, Boris Johnson's vision for 'global Britain' is an idea not a policy
Martin Kettle
Read more

In tandem, we are working with the former Bank of England governor and prime minister’s finance adviser for Cop26, Mark Carney, to generate the trillions in private finance needed to meet global net zero. And in a few weeks’ time, we will hold a climate and development ministerial meeting to look for ways to approach challenging issues like access to finance and debt that make it difficult for developing countries to fully implement the Paris agreement.

My fourth goal is working together to make the negotiations in Glasgow a success. We are bringing together communities, governments, third-sector organisations and businesses to accelerate the global move to net zero. We are inviting them to work together on vital challenges, like protecting natural habitats and boosting clean energy, to help deliver the emissions reductions needed at the speed the crisis demands.

The climate crisis is the greatest challenge that we face. But it is entirely within our power to address it. To accelerate the move to our green future, to turn ambition into action and to come together. Cop26 is our chance. We must take it.